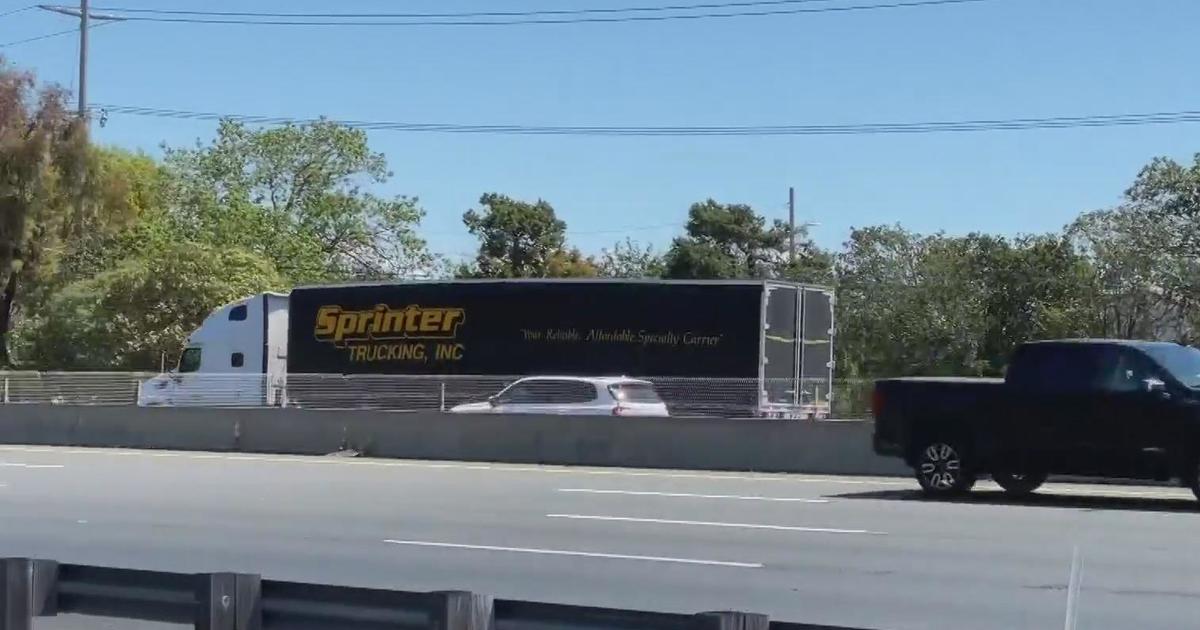 PENNGROVE – Businesses dependent on diesel trucks in the Bay Area are taking the initial hit at the pump. In the end, it’s the everyday consumer feeling the impact of the cost to fill up those trucks.

“We go as far south as Muir Woods and far north as Fort Bragg, 200 miles on Highway 1,” said Tom Luther of Wild Oaks Dairy, a food distributor based in Penngrove.

Stacks of ice cream, crates of apple juice, and other food products are quickly picked up, loaded onto dollies, and carted into trucks ready to hit the road.

Luther’s small business has been delivering locally made products to hundreds of small stores across the Bay Area for more than four decades, many tucked far away in rural parts of the North Bay and the North Coast.

All those diesel trucks, logging hundreds of miles and hours on the roads, including the six in Luther’s fleet, mean fueling up often and for a lot more lately.

“It’s a lot harder to run everything these days,” he told KPIX 5.

When the cost of diesel spikes, that difference gets tacked onto his convenience store customers in the form of a fuel surcharge which seems to keep rising without much pause.

Diesel and gasoline are produced and refined from the same volatile crude oil supply impacted by the war in Ukraine.

Severin Borenstein, an energy expert and professor at UC Berkeley, told KPIX 5, “The demand for gasoline and diesel is out of balance. The market is looking for a lot more diesel than gasoline.”

Borenstein went on to say, “The business side of the economy has really picked up. We’re shipping a lot of goods and we’re producing a lot of things that need diesel.”

Luther’s business is seeing noticeable price changes in some products he buys and distributes almost weekly.

“Almost everything goes by trucks that use diesel and that ends up showing up in our retail prices,” said Borenstein.

“I don’t think that can go on indefinitely.  There’s going to be a point where something’s got to give,” said Luther.

When Kenny Choi jumped into the backseat, he never thought he would be introducing his ride share driver to National Public Radio. The hour-long ride to the airport turned into a conversation that included politics, the economic divide, and the cultural differences between the East Coast and the West Coast.