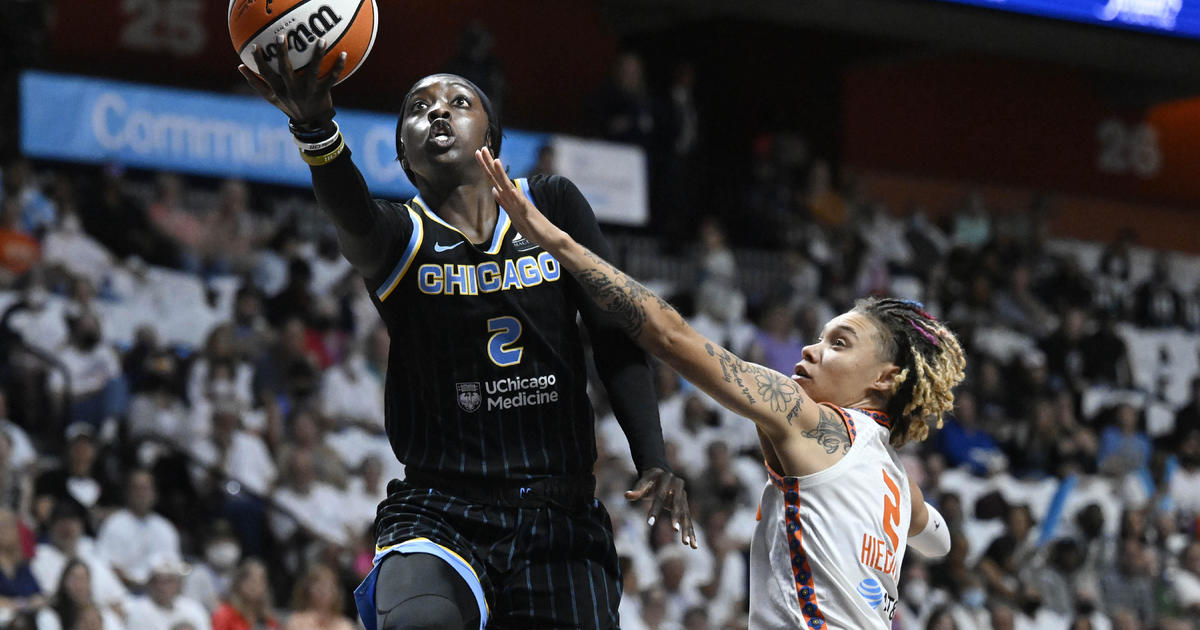 UNCASVILLE, Conn. (AP) — Candace Parker had 16 points and 11 rebounds, Kahleah Copper added 15 points and the Chicago Sky beat the Connecticut Sun 76-72 on Sunday in Game 3 of the WNBA semifinals.

The defending champion Sky lead the best-of-five series 2-1 and can advance to the finals with a win Tuesday night.

Copper’s 3-pointer with 6:14 left gave Chicago a 66-64 lead. Neither team scored for nearly the next 4 minutes until Emma Meesseman hit a jumper in the corner to extend the lead to four with 2:26 left.

Courtney Williams ended a 4:45 scoring drought that saw the Sun miss eight shots with a jumper with 1:45 left to make it 68-66. Copper then made two free throws and Meesseman added a layup to make it 72-66 with under a minute left.

After a missed layup by Chicago, DeWanna Bonner was fouled with 22 seconds left and made both free throws to get the Sky within 72-70.

Bonner had 18 points to lead the Sun, which had 17 turnovers.

Connecticut led 23-21 after one quarter when Bonner banked in a 3-pointer from about 30 feet just before the buzzer. Connecticut was 8 for 9 from the foul line in the period.

The teams went back and forth in the second quarter with Chicago going up 40-38 at the half. Parker had 12 points and six rebounds in the opening half. Natisha Heideman had 12 points for Connecticut.

Chicago led 56-55 after three as neither team could get more than a seven point lead heading into the final period.

Alyssa Thomas had just six points, going 3 for 12 from the field, but added 13 rebounds and seven assists.

Parker took a shot to the left eye 3 minutes into the game and briefly left to the locker room. She returned about a minute later but had a noticeable bump over her eye.