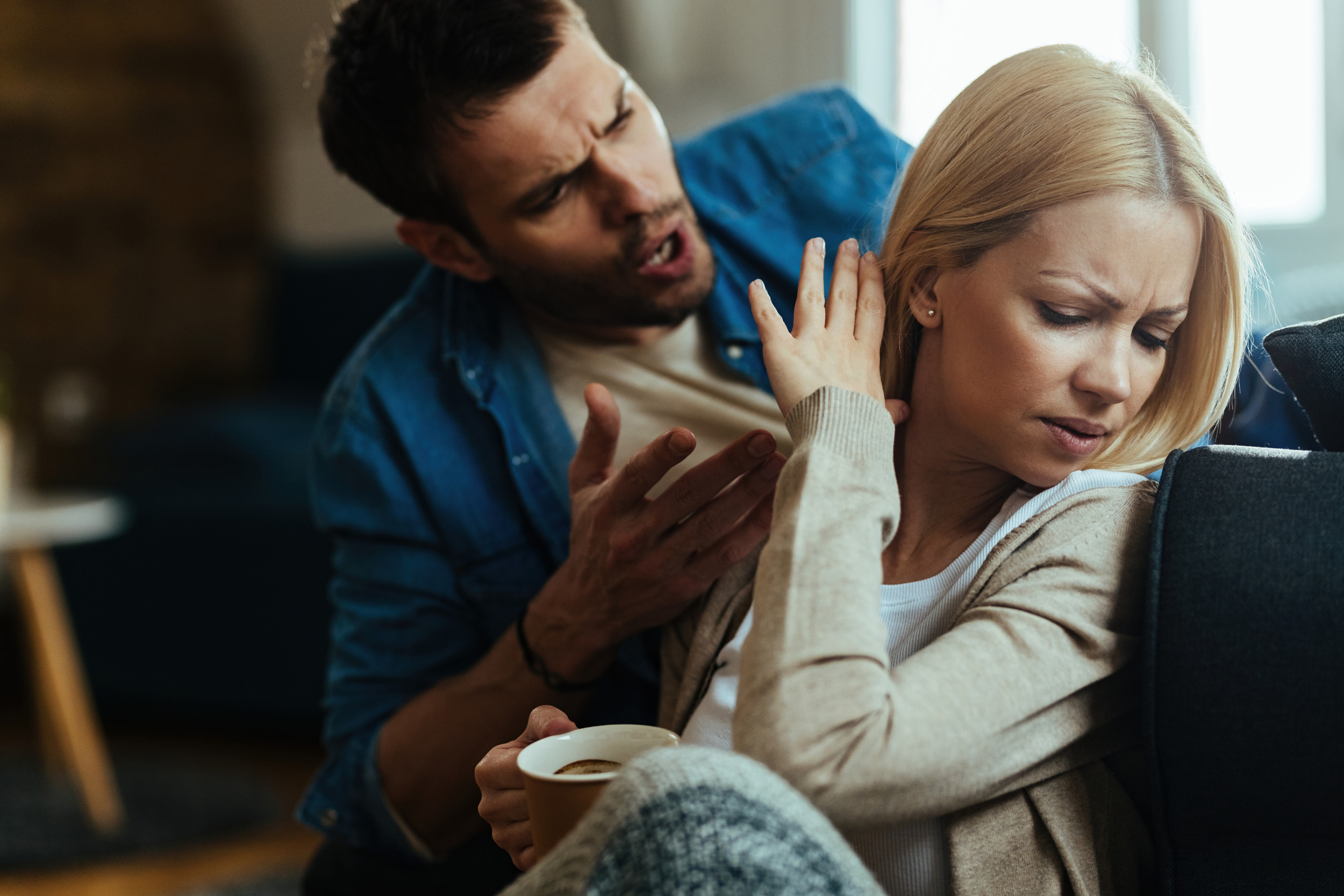 A love that was meant to be, an all-consuming passion, a couple who must have been together in a past life. It sounds like a fairytale, but these are the terms used to describe karmic relationships—and the reality often isn’t so romantic.

Newsweek asked dating experts to describe the signs that you might be in a karmic relationship and how they tend to bring out the worst in people.

What Is a Karmic Relationship?

Karmic relationships are often spoken of in religions such as Hinduism and Buddhism, according to Taish Malone, a counselor at Mindpath Health in Fort Worth, Texas. “A karmic relationship is one that occurs in all their reincarnated lives as a connection that, while tumultuous, is vital as a lesson to aid in spiritual growth.”

In Sanskrit, Malone added, the word “karman” means something like “action, destined effect or fate,” she said.

There is no agreed clinical definition for karmic relationships, according to Rachel MacLynn, founder of London-based matchmaking agency the Vida Consultancy.

However, the term is used to refer to relationships that are “all-consuming and magnetic,” said Pippa Murphy, sex and relationship expert at the website Condoms.uk.

“There [is] an overpowering strong bond present throughout the entirety of the relationship,” Murphy told Newsweek. “This is because one or both partners believe that their relationship is ‘meant to be’ and that their partner is in their life to teach them lessons about life, love and more.”

This intense pressure can lead to some “really big highs as well as some really big lows,” she said, often resulting in multiple breakups.

Some people confuse karmic partners with soul mates. “There are clear differences,” according to Murphy.

How Are Karmic Relationships Formed?

Karmic relationships can start like any other kind, MacLynn told Newsweek. “People connect and find a mutual interest. With karmic relationships, the honeymoon phase can appear to be very passionate and blissful,” she said.

“There’s an instant connection, whether it’s love at first sight or immediate chemistry,” said Murphy. “The key part of a karmic relationship is that at least one person feels that the two of you have met in a past life and are being drawn together through karma and energy.”

This feeling often leads to potential red flags being ignored, because the belief that the couple is “meant to be” is so overpowering.

Signs of a Karmic Relationship

You may be in a karmic relationship if you consider it turbulent and full of drama, according to Murphy.

“Whilst the instant connection that brought you together was positive in the beginning, it only further intensified each other’s feelings, creating a lot of drama if a person feels that their needs are not being met,” she said.

If the relationship is intense and dramatic, marked by unsettling miscommunication and overwhelming floods of varying emotions, then it is “safe to say that you have stumbled on a karmic union,” Malone said.

“Although a karmic relationship may not be abusive, it is not a healthy one,” said Pritchett. “They are not sustainable and may become toxic and emotionally exhausting over time.”

The turbulence of a karmic relationship can often result in severe co-dependency, MacLynn said. “This is often compared to a feeling of addiction. When you are not around each other, you experience a sensation of withdrawal.”

She added: “This is not to say that karmic relationships have no positive characteristics; individuals experience a strong cosmical pull which is very intense, but often short-lived.”

Carrie Jeroslow, relationship coach and author of Why Do They Always Break Up With Me?, also suggested that a karmic relationship could be a useful life experience.

“The idea of karmic relationships is always related to soul growth and evolution,” she said. “When [you look] at it this way, relationships become a source of reflection of where we are on our soul journey.”

What To Do If You’re in a Karmic Relationship

Two people in a karmic relationship are likely to have similar interests and friends, said Murphy. “However, it’s equally important to have a life outside your relationship.”

You should look to have separate hobbies and friends. “Actively partaking in these activities or seeing different friends will give you something to talk about when you are together and make you less co-dependent.”

Keeping a journal can also help you navigate a karmic relationship, according to coach Natalia Benson in an article for Well + Good. Writing down your thoughts regularly has a number of mental health benefits because it encourages you to process your emotions.

However, you should not seek to stay in a karmic relationship if you think it has become unhealthy or damaging.

“Always prioritize your happiness and wellbeing,” said Pritchett. “Walk away from any relationship that is not making you happy or fulfilled.”