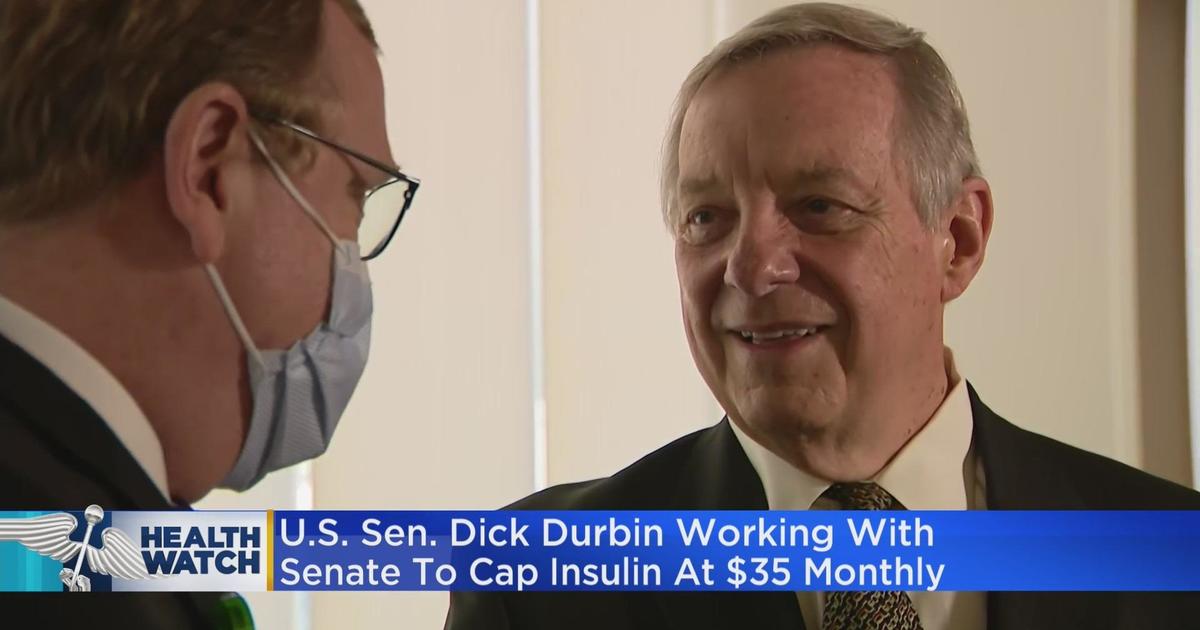 CHICAGO (CBS)– U.S. Senator Dick Durbin addressed the efforts in the Senate to cap the cost of insulin.

“Limit the price of insulin to $35 dollars. Today the cost of insulin can range from several hundred dollars to more than a thousand,” Durbin said. “I’m cosponsoring a bill, we have dems and republicans on both sides of the aisle supporting it.”

A Chicago area family also spoke out at a news conference Friday about the financial burden they were not prepared for when their young daughter was diagnosed with diabetes.

Right now, Illinois is one of only a few states already capping the cost of insulin at $100 per month for certain patients. But Durbin says more, federal action is needed to cover more Illinois patients with diabetes and reduce costs further.

More than one-quarter of patients who rely on insulin have been forced to ration their doses due to cost, which can lead to deadly consequences.