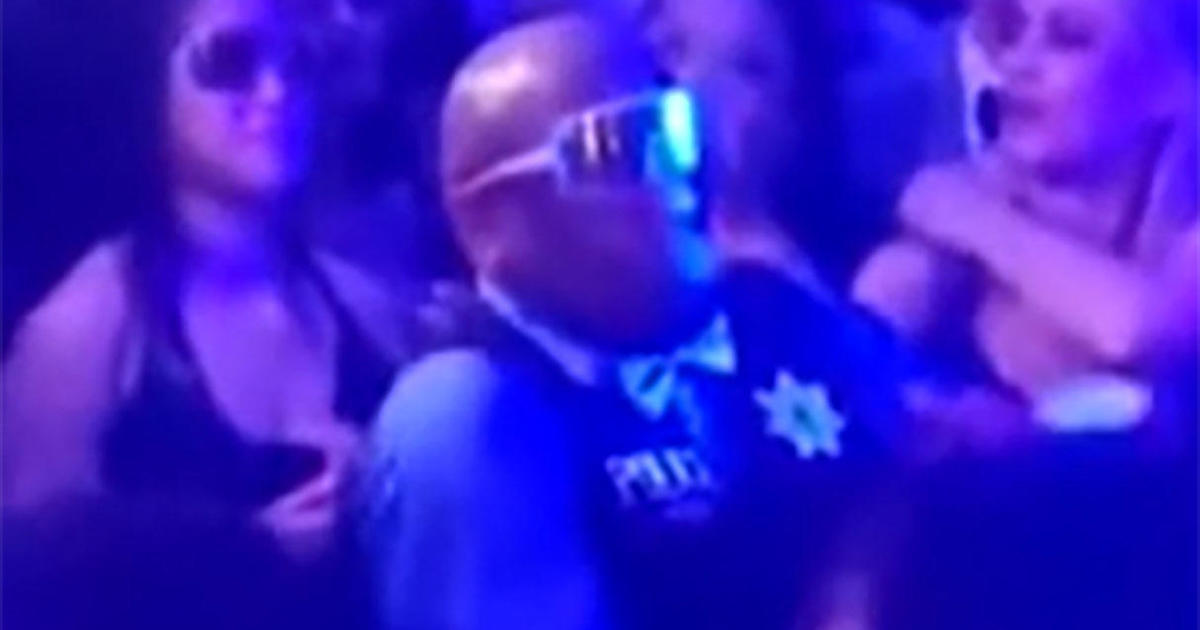 But as CBS 2’s Jermont Terry reported Wednesday night, there was a bigger purpose behind the officer’s moves than just than an opportunity to cut up the rug.

Terry: “When you took this job two years ago, walking these hallways, you were really trying to connect with students in a new way?”

Price: “Yeah, I mean it all kind of came together, and like I said, initially, it was just, let me try something different – you know, I mean, see how it fit in a school environment, you know, interacting with the kids.”

Well, one can confidently say Officer Price’s interaction with the senior prom definitely shows he is liked by the students.

“For a while, the music was on. I just – maybe a little shoulder lean here and there, and it just kind of got me,” Price said. “A couple of kids pushed me out there, and then it just happened.”

And video shows Officer Price showing off his moves while surrounded by students on the dance floor.

Price: “Usually, I’m the guy that shows up, says hi, and leaves. But the Dougie came on. I had practiced it a couple of days ago – and then it just happened.”

Terry: “So let me get this straight. Why were you practicing the Dougie?”

Price: “So, I really don’t have a good answer for that, but for some reason, I had always wanted to do the Dougie, and my body caught the rhythm, and then I just couldn’t stop.”

And then the DJ mixed another one of Price’s jams. This time, it was “Lean wit It, Rock wit It.”

“That may have encouraged me to stay a little longer, because we was ‘leanin’ wit’ it, rockin’ wit’ it’ a little bit,” Price said.

With every beat, Price found himself connecting deeper to the teens.

Terry: “Do you believe this is what true community policing is all about?”

Price: “We have three other school officers that do the same thing I do. Yes, they may not have been at prom doing the ‘Soul Train’ line, but that’s kind of what it’s about. I mean, you build some relationships with these kids – again, they’re your first interaction, sometimes, with law enforcement.”

And after the prom, Price was pleased to defend his dance title for our cameras.