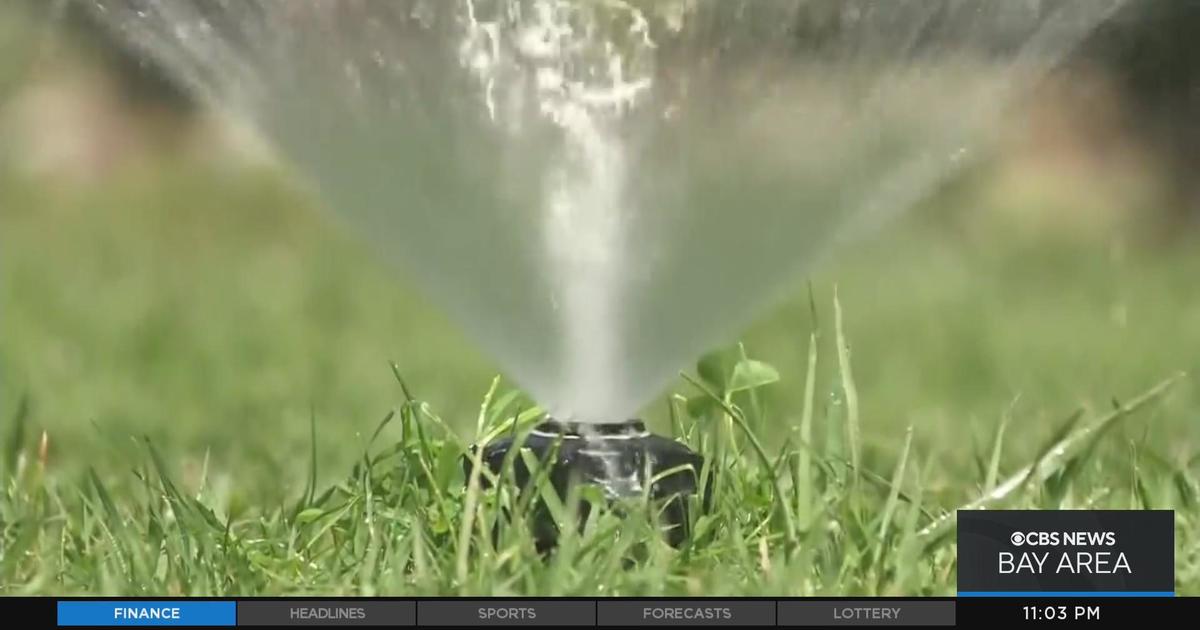 SAN JOSE (KPIX) — As residents across the state are being asked to conserve water, numbers just released Tuesday show people in California are using even more water than previous years – approximately 19% more water in March of this year, compared to March 2020.

Santa Clara Valley Water District is now considering “water cops” to police the worst water wasters. The official title is Water Waste Investigator, but they will be able to write citations and levy fines of up to $500 per offense.

The single biggest water use for residential properties is outdoors – watering landscaping, washing cars in the driveway, or any other activity where water is running for long periods of time.

According to Santa Clara Valley Water District it’s also one of the easiest places to save.

“This is needed because of the unprecedented times we’re in, and because we aren’t making enough progress on our water savings,” says Aaron Baker, the COO of Valley Water.

Valley Water services more than 2 million customers across basically all of Santa Clara County. In June of 2021, Valley Water asked for a voluntary 15% reduction of water use.

But according to new numbers, customers used 30% more water this March, compared to March 2019.

“It’s been drier this year so it’s even harder to cut back, we realize that and we’re asking you to take a look at that. Are you watering more than two days a week? Is there runoff going down the driveway?” asks Baker.

It’s also why Valley Water is considering for the first time to start enforcement actions on the worst of the water wasters with water cops patrolling and also responding to complaints.

“For the large repeat offenders, that there are consequences to wasting a significant amount of water,” says Baker.

Valley’s water board will vote on the water cops at its next meeting on May 24.

Valley Water says the main focus of the proposed enforcement will be on education, and customers won’t be fined until after they’ve received multiple warnings.