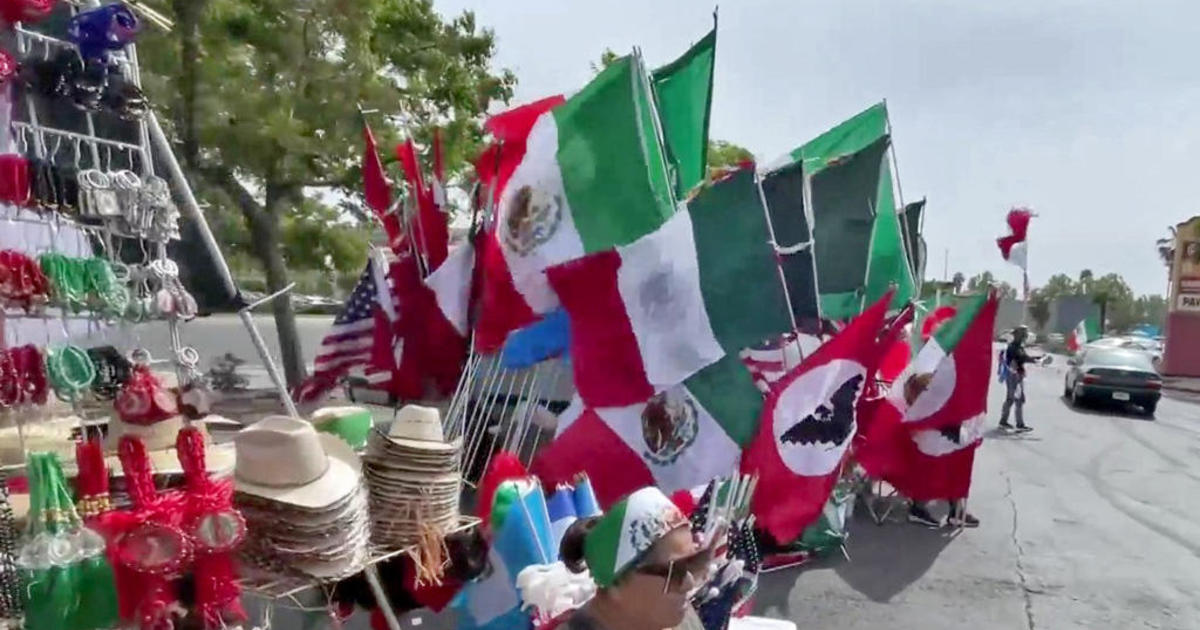 SAN JOSE (KPIX 5) — Thousands of Mexican-Americans in the Bay Area are celebrating Cinco de Mayo and in San Jose, which usually sees a large turnout for Cinco de Mayo celebrations, police are turning out in force to assure everyone has a fun and safe holiday weekend.

The day – which commemorates a battlefield victory of peasants and farmers over French occupation forces in the city of Puebla, Mexico in 1862 – is more widely celebrated north of the border than south.

“It’s definitely a more American holiday. It’s not celebrated to this extent in Mexico, so it is a true lay unique American holiday especially here in Tropicana,” said San Jose resident Miguel Santiago.

“I was born and raised in San Jose, so for me, this is a tradition. When I was little my mom used to take us out cruising,” said resident Janet Figueroa. “It’s still fun but later in the night it can be a little rowdy.

Police said Thursday the celebrations in the downtown area and in East San Jose are mostly peaceful, but the city has drawn large crowds which can jam city streets beyond capacity. The department also said the event has historically attracted individuals that have been responsible for many crimes, including vandalism.

Police will be deploying extra officers who may set up traffic diversions to keep cars and emergency vehicles moving throughout the weekend. Residents living in the downtown area, along the King Road corridor between McKee Road and Tully Road or Story Road and Jackson Road should expect vehicular and pedestrian traffic delays and were urged to use alternate routes, police said.

The department also it would dedicate additional officers and resources to respond to sideshow activity. Police said sideshow spectators can be cited or arrested, and face fines up to $1,000. Any drivers participating in sideshows can be fined up to $4,000 and have their vehicle impounded for 30 days.