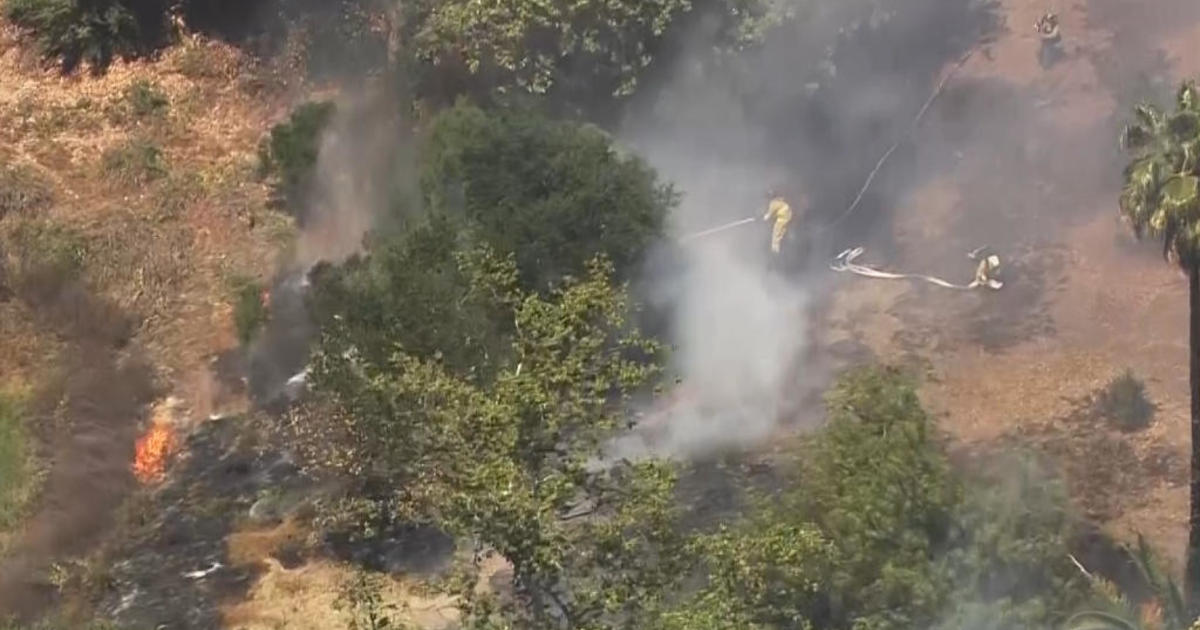 SAN JOSE — Fire crews in the South Bay appear to have put out a brush fire that broke out in Overfelt Gardens on McKee Road in San Jose Thursday afternoon.

The fire was reported burning in the park located on the 2100 block of McKee Road at around 2:15 p.m. Thursday.

Chopper 5 footage showed  flames burning in several areas around the Chinese Cultural Garden located in the park west of I-680 in the Ludlow neighborhood. The fire could be seen burning close to a structure that was in the garden, but authorities later confirmed it didn’t sustain any damage.

Firefighters could be seen directing their hoses on areas of vegetation that were still burning as of around 2:40 p.m., though crews seemed to be getting the fire under control a short time later.

San Jose Fire later said there were a total of five separate spot fires extinguished by crews with combined size estimated at three acres.  San Jose police responded to provide traffic control on westbound McKee between Ludlow and Educational Park during the incident.

The fire was brought under control at 3:26 p.m. Authorities said the cause of the fire is under investigation.

San Jose Fire also responded to a second fire that was extinguished in Kelley Park adjacent to Yerba Buena High School on the 1800 block of Lucretia Avenue. That fire was initially reported at around 1:40 p.m. as a structure fire, but was isolated to vegetation. There was no word on the cause of that fire either.