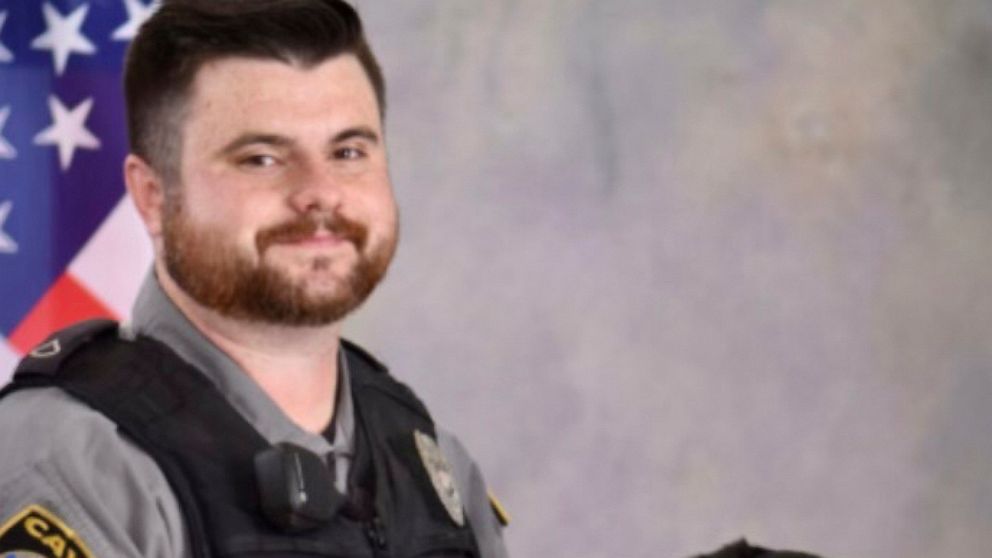 A South Carolina police K-9 officer, volunteer firefighter and emergency medical technician has been shot and killed while responding to a domestic disturbance

Roy Andrew “Drew” Barr, 28, had just begun talking to a man outside the house when someone inside opened fire shortly before 3 a.m., said Chief Chris Cowan of the Cayce police department at a news conference. He said Barr was hit by one bullet.

The man who shot Barr killed himself after seven-hour standoff, said the South Carolina state police, which has been asked to investigate the shooting. The South Carolina Law Enforcement Division’s statement listed Barr’s age as 27.

Barr became a police trainee in 2016 and a K-9 officer in October 2020, Cowan said. He was paired with a black Labrador and posed with her for his official department photo.

Barr had survived a shooting in 2017, when he was still a trainee, news outlets reported. The gunman in that case is serving a total of 30 years in state and federal sentences.

Cayce is a suburb of nearly 14,000 people just west of Columbia.

“Our hearts are breaking in Cayce,” Mayor Elise Partin told reporters earlier Sunday. “Officer Drew Barr has been an important part of the Cayce family since 2016.”

The Monetta Volunteer Fire Department said Barr was the captain of their department in Aiken County, WSPA-TV reported.