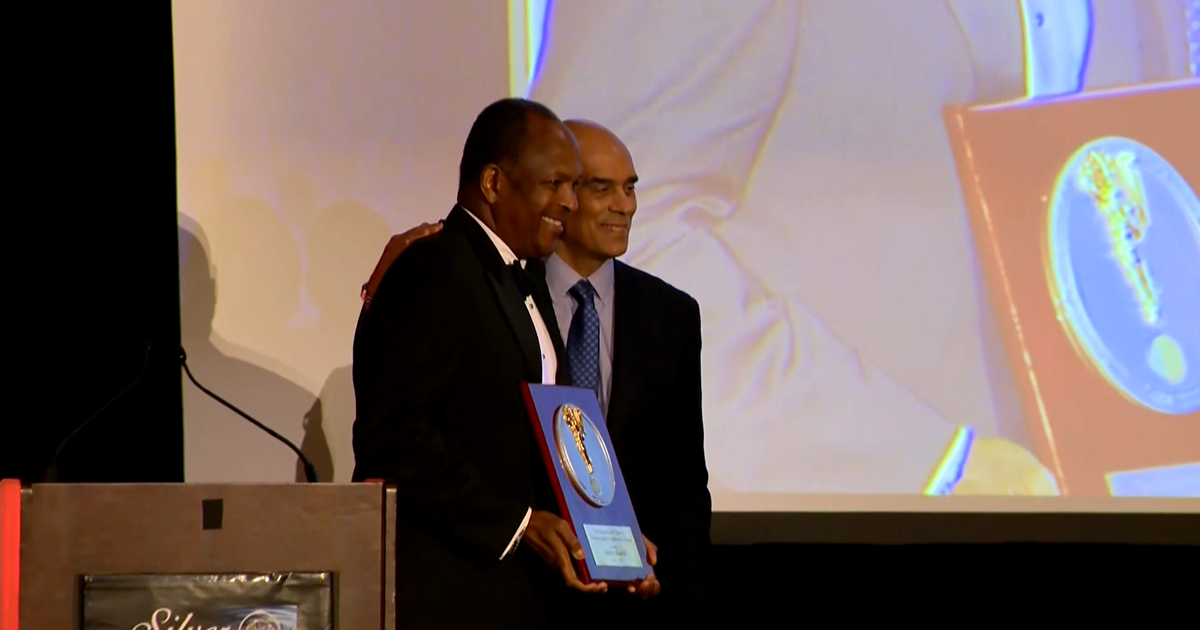 Blakley, a South Side native, spent 41 years in television news and is known for his deep knowledge of the city. He joined CBS 2 in 2003, working as a news anchor and reporter and later taking over as political reporter. Blakley retired from CBS 2 in 2019.

Prior to joining CBS 2, Blakley also spent 16 years with NBC 5, and seven years as a CBS News correspondent – based in Chicago; London; and Bonn, West Germany.

His award highlights his countless contributions to Chicago TV news over the decades.

Jones first joined CBS 2 in 1976. He traveled the world – covering such events as the presidential swearing-in of Nelson Mandela in South Africa along with CBS 2 reporter John Davis in 1994.

Jones received the Silver Circle Award for his four-decade career at CBS 2 before he passed away from cancer in 2016.