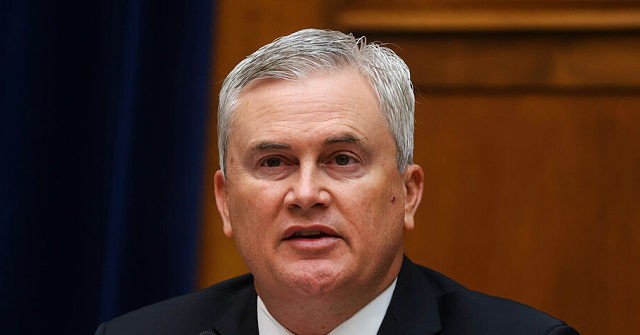 Comer, a ranking member on the House Committee on Oversight and Reform, noted that Hunter Biden had been previously flagged over 150 times by U.S. banks regarding suspicious foreign wire transfers made out to him and James Biden.

Republican lawmakers have alleged that some of these transactions came from Chinese entities, totaling $165,000.

When the department responded to his requests on Friday, they called the accusations “preliminary and unverified tip-and-lead information on possible violations of law.”

Jonathan Davidson, the Treasury Department official who penned the letter to Comer, also stated the department would only respond to “appropriate requests from committees of jurisdiction.” – a possible indication that the department will not respond if Democrats are not on board.

Comer clapped back at the department, accusing the Biden administration of changing the rules to prevent a proper investigation.

“We need more information about these transactions and if Joe Biden has benefited financially from his family’s dealings with foreign adversaries,” Comer stated. “It is a matter of national security to know if President Biden is compromised.”

“The American people deserve answers, and Republicans will use the power of the gavel next Congress to get them,” he added.

The Kentucky congressman has been one of the most vocal Republican lawmakers in demanding that Hunter Biden and his family’s suspicious financial transactions be probed.

He also told Breitbart News that if Republicans take control of the House after the midterms, they plan to investigate the allegations that President Joe Biden nearly sold one million barrels from the U.S. Strategic Pressure to a Chinese-state-owned gas company with financial ties to a private equity firm co-founded by Hunter Biden.

Hunter Biden is the subject of a brand new narrative film, My Son Hunter, marking Breitbart’s expansion into film distribution. It’s the story the establishment media don’t want you to see. It’s available for PRE-ORDER NOW at MySonHunter.com. The film becomes available for Streaming and Downloading on September 7.  The trailer has already been viewed over two million times across social media.