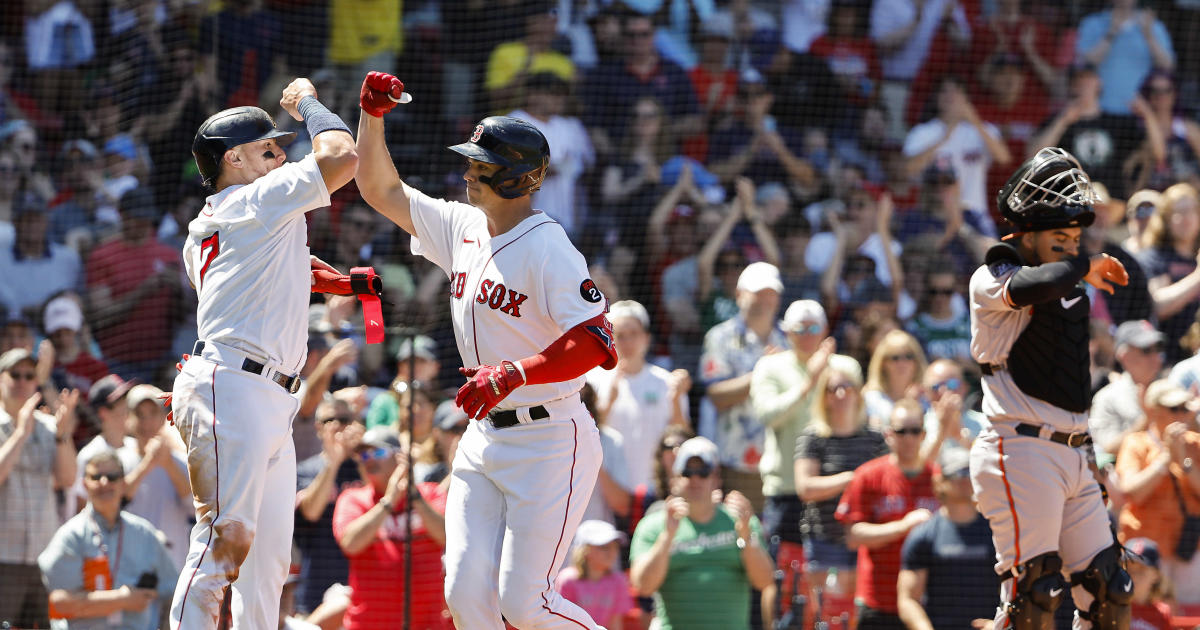 BOSTON (AP) — Bobby Dalbec hit a two-run homer, one of Boston’s season-high five longballs, and the Red Sox coasted to a 12-2 victory over the Baltimore Orioles on Sunday.

Rafael Devers, Kiké Hernández, Franchy Cordero and Christian Arroyo each hit a solo drive for the Red Sox, who posted their ninth win in 12 games.

Chants of “Let’s go, Celtics!” echoed around Fenway Park a handful of times and got louder when Boston scored five times in the eighth. The Celtics played at the Miami Heat hours later in Game 7 of the NBA Eastern Conference finals.

Trey Mancini had three hits for the Orioles, who have lost four of six.

Dalbec got the homer barrage started in the second with his drive into the last row of Green Monster seats. One batter later, Cordero hit his into the center-field bleachers, making it 3-0.

Devers’ drive cleared Boston’s bullpen in the third before Arroyo and Hernández hit theirs over the Monster the following inning.

Arroyo’s shot completely left Fenway to make it 5-0. His old bat splintered, slicing from the top down toward the middle, with the piece flying halfway to the mound when he fouled a pitch, forcing him to get another bat.

Hernández’s homer caromed off a billboard above the left-field wall.

Orioles: Anthony Santander appeared to injury something when he only got about halfway to first on his grounder to short, but after a visit from a trainer and manager Brandon Hyde he stayed in the game.

Red Sox: Manager Alex Cora said LHP Chris Sale, sidelined since early April because of a right rib fracture, would throw three times this week at the club’s spring training complex in Fort Myers, Florida. The manager also said that RHP Hansel Robles, who went on the injured list Saturday with back spasms, may head to Florida, too, when the team goes on a West Coast trip later this week.

RHP Tyler Wells (1-4, 4.30 ERA) is slated to start for Baltimore in the finale of the five-game series on Monday night. Veteran LHP Rich Hill (1-3, 3.86) is set for Boston. Hill’s allowed four or fewer runs in his last 79 starts dating back to May of 2018, the majors’ longest active streak.