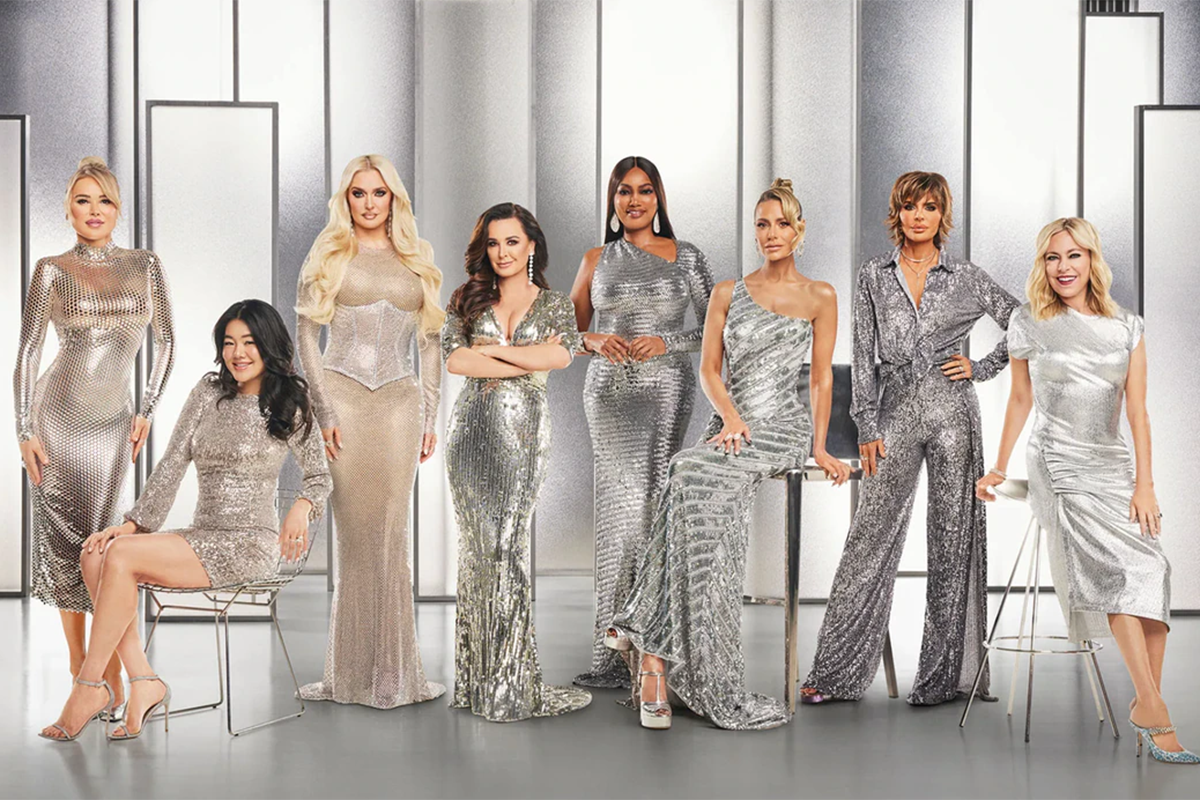 The Real Housewives of Beverly Hills returns to Bravo for Season 12 on Wednesday, May 11 at 8 p.m. ET. The entire main cast of the previous season is set to return—and they are bringing in a new housewife to join them.

Diana Jenkins joins RHOBH for Season 12. The Bosnia and Herzegovina-born entrepreneur has had a pretty colorful life story, which is sure to be teased out over the course of the Bravo show. Season 12 will also see a new friend join the series, as well as the potential return of Kathy Hilton.

Crystal Kung Minkoff, who joined Real Housewives of Beverly Hills last season, introduced the new cast members to her Instagram followers, captioning her post: “Can’t wait for you to meet these two incredible women. Beauty, brains, and so much more in between—they’ll both knock your socks off.”

Here’s every one who is starring in the new season of RHOBH.

All the Season 11 housewives are back. This means that the following are returning:

Season 12’s premiere is titled “The Break-In,” meaning that the action at the start of the season will focus on Kemsley, whose house was broken into in November 2021. Video of the break-in was released by police at the time showing the home invaders enter her Encino mansion, and on RHOBH‘s premiere we will see how the housewife deals with it.

The synopsis for the premiere reads: “After Dorit survives a harrowing robbery at home, Kyle brings the ladies together to rally around their friend; Sutton and Crystal finally see eye-to-eye, a very public diss leaves Lisa seeing red; Erika is excited for a fresh start.”

The episode will also have to introduce the latest cast members of the show.

Who is joining RHOBH for Season 12?

Jenkins was born in Sarajevo, in what was then Yugoslavia and is now Bosnia and Herzegovina. When war broke out in the early 1990s, she fled the country, spending a year in Croatia before making it to London as a refugee.

After graduating with a computer science and economics degree, she first purchased the Melissa Odabash swimwear line. Of course, you are not a real housewife until you have your own drink brand, and Jenkins’ is Neuro Drinks, which she founded in California in 2009.

Until 2012, her husband was Roger Jenkins, the former Barclays financier. The Telegraph reported at the time a divorce settlement of £150 million ($185 million)—while also noting that Jenkins was dating supermodel Elle Macpherson. This put her firmly on the list of Britain’s 500 richest people.

Her RHOBH bio also highlights her philanthropy. She runs the Sanela Diana Jenkins Human Rights Project, and founded The Irnis Catic Foundation at the University of Sarajevo in memory of the brother she lost in the conflict.

In Season 12, she might get off to a rocky start with at least one housewife. Beauvais said on The Weekly Scoop with CJ: “We have Diana Jenkins, who, her and I got, we hit a bump, that’s all I can say.”

Talking of Beauvais, Zampino joins the show as one of her friends. Beauvais had previously told People: “I would love her to be a friend on the show. I would love to have someone I can trust.”

Zampino is perhaps best known as the ex-wife of Will Smith. The pair were married from 1992 to 1995, and had one child, Willard Carroll “Trey” Smith III. After Smith, she married NFL player Terrell Fletcher in 2007, divorcing him in 2014. She is a reality TV veteran— her relationship with Fletcher was seen in VH1’s Hollywood Exes.

The new RHOBH friend is an entrepreneur, owning the body butter brand Whoop Ash and the fashion brand Sheree Elizabeth.

Is Kathy Hilton returning to Real Housewives of Beverly Hills?

Asked by Extra about whether she would be back, she simply said “stay tuned” before confirming that, were she to return, it would be as a friend rather than a full-blown housewife.

This chimes with reports from December that she would appear as a friend on Season 12 after signing a lucrative deal with Bravo. Then, when the Season 12 trailer dropped, Hilton was in it, being confronted by Rinna over something she had said about her sister Kyle Richards.

“We have a great time together, and when you’re spending so much time together, you’re bound to have a little… a little drama,” Hilton said of this in an Entertainment Tonight interview.