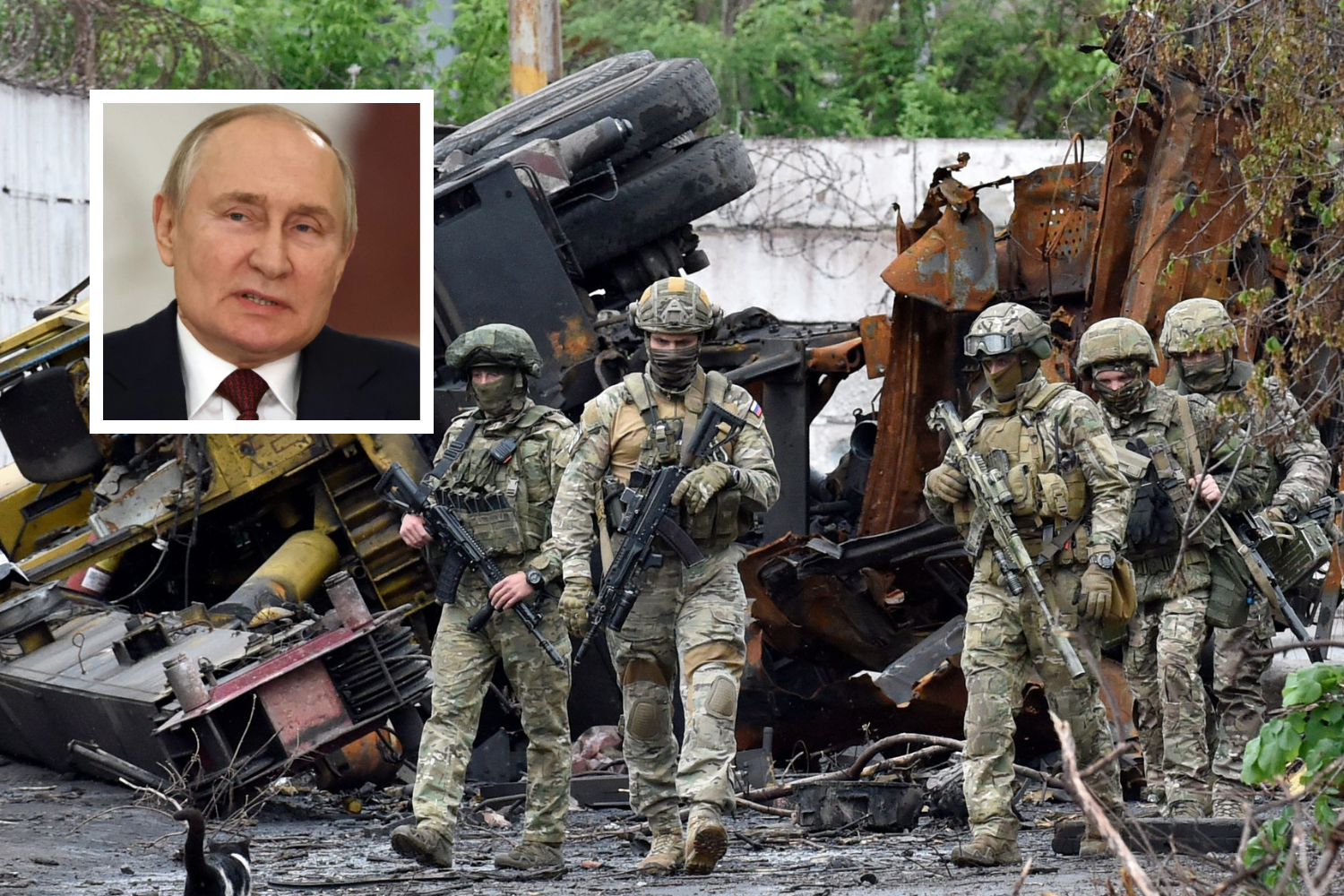 Russian President Vladimir Putin emphasized the importance of Russians fighting in the Ukraine war during his New Year’s Eve address on Saturday.

The Russian leader’s speech came more than 10 months after he ordered the invasion of Ukraine on February 24. The war further strained relations between Moscow and the West, which has provided Ukraine with humanitarian and military aid, and has condemned Putin’s war as lacking justification and violating international norms.

Putin’s troops have struggled to achieve substantial victories in Ukraine throughout the year. In the fall, Ukraine launched its own counteroffensive, recapturing thousands of square miles of formerly occupied territory. Experts view the war as exposing the weaknesses in Putin’s military, such as an apparent struggle to maintain well-trained, motivated troops.

On Saturday, heading into 2023, Putin delivered a speech to the backdrop of ongoing losses in Ukraine and growing pressure at home, as millions of Russians decline to fight. Meanwhile, some Russian officials admit the war is not going as planned.

Putin appeared to plea with his citizens to join combat, describing the fight as a “scared duty to ancestors and descendants,” according to TASS, a Kremlin-aligned media outlet.

“We have always known, and today we are again convinced that the sovereign, independent, secure future of Russia depends only on us, on our strength and will!” the Russian leader said.

Meanwhile, TASS did not report if Putin addressed Russian losses or any struggles, instead highlighting what he views as the importance of remaining engaged in the battle and seeking to condemn the West over its support for Kyiv and sanctions against Russia, which have reportedly weakened Moscow’s economy in recent months.

Putin also praised troops who continue to fight in the war, despite reports of operational issues and low morale.

“Russian servicemen, militias, volunteers are now fighting for their native land, for truth and justice,” Putin said. “For guarantees of peace and security for Russia to be reliably provided. All of them are our heroes, it is most difficult for them now.”

A group of Russian soldiers stood behind Putin as he delivered the speech.

After seeing underwhelming results throughout 2022, some experts are warning that Russia may not see more success next year, even as reports emerge that Putin may be launching a new offensive in hopes of turning the tide in his favor.

“At this point, I don’t see any direction in which the Russian Army can advance. Their only goal is to keep what they’ve captured and I think they won’t succeed, either,” Spencer said.

Meanwhile, retired U.S. General Ben Hodges predicted Ukraine will likely defeat Russia and win control of Crimea, a territory Russia annexed in 2014, at some point in 2023 in a BBC interview.

“It’s too early to plan a victory parade in Kyiv but all the momentum is with Ukraine now and there is no doubt in my mind that they will win this war, probably in 2023,” Hodges said.

Despite setbacks, Putin expressed optimism about Russia’s future, saying it will become “an inspiring example for other states in their striving for a just multipolar world order,” TASS reported.

Newsweek reached out to the Ukrainian Ministry of Defense for comment.