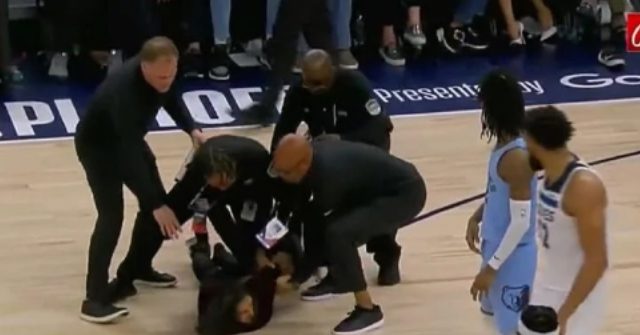 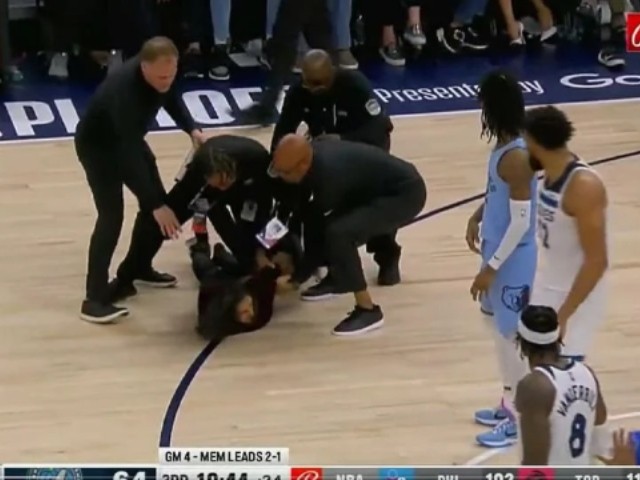 An animal rights activist was tackled by stadium security as she attempted to storm the court during the Timberwolves-Grizzlies game in Minnesota Saturday night.

Timberwolves games have been the scene of multiple animal rights protests as activists target T’wolves Owner Glen Taylor due to his ownership of a chicken plant. In this case, the protesters were seated directly behind Taylor.

After the first activist was dragged away, a second protester attempted to rush the court.

The animal rights activist group Direct Action Everywhere has taken responsibility for the three different protests recently at Timberwolves games. Weirdly, the protests have ensued even though Taylor sold the team in 2021 to former MLB great Alex Rodriguez and his billionaire partner Marc Lore. While Rodriguez and Lore are not set to take over operations for the team until 2023, Taylor is very much on his way out the door,

The Timberwolves beat the Grizzlies 119-118.