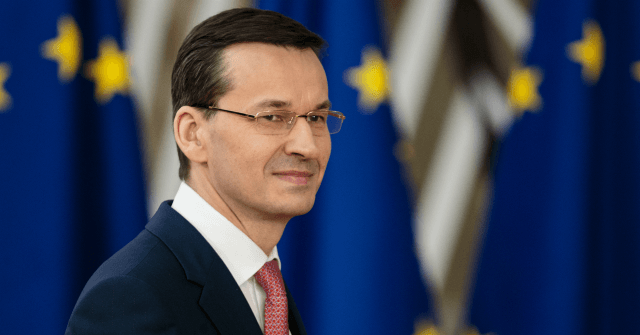 Polish Prime Minister Mateusz Morawiecki has promised to give military aid to both Finland and Sweden if either country is attacked during the application process to join the NATO military alliance, following a similar move by the UK.

Prime Minister Morawiecki stated his support for both Finland and Sweden on Thursday stating, ” I consider Sweden and Finland’s joining of NATO a significant strengthening of peace in Europe. And a serious defeat of the Kremlin.”

“I want to make it clear that in the event of an attack on Sweden and Finland during their accession process, Poland will come to their aid,” he added.

Earlier this month, the United Kingdom signed mutual security deals with both Sweden and Finland, agreeing to come to either country’s aid should they be attacked.

NATO envoys failed to reach a consensus on Wednesday about starting membership talks with Finland and Sweden, as Turkey raised objections.

Prime Minister Boris Johnson commented on the agreement stating that it could become the “foundation of an intensification of our security and our defence relationship in other ways as well.”

“We would strongly support Sweden’s accession, if that’s what the Swedes chose to do. We’d certainly try to make things go smoothly and easily as possible,” Johnson said. According to the BBC, the agreements are not automatic security guarantees but a political declaration of support.

Both Finland and Sweden have formally applied to join the NATO alliance after weeks of speculation as both countries changed their views on membership following the Russian invasion of Ukraine in February.

NATO Secretary-General Jens Stoltenberg has also promised both countries security guarantees during their application process and stated in March that both would be able to be fast-tracked for membership.

However, immediately after both countries made their announcements to apply for Nato membership, Turkish President Recep Tayyip Erdogan announced he and his country would not support the expansion of the alliance.

The issue is a major hurdle for Sweden and Finland as all NATO members must agree to allow new members to join the alliance.