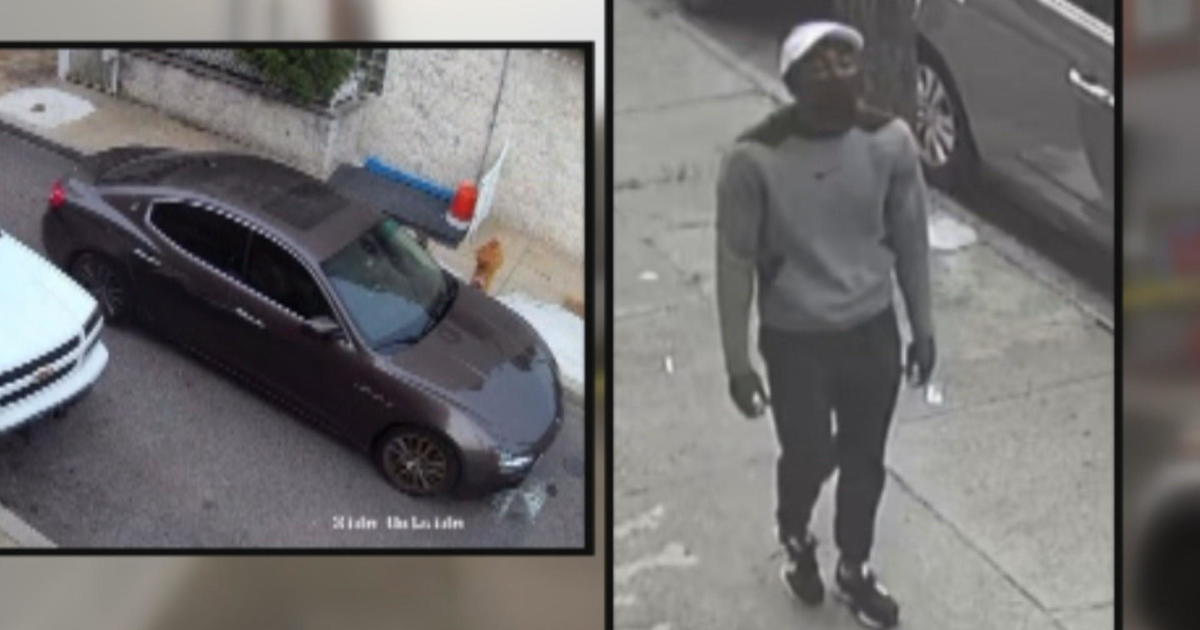 PHILADELPHIA (CBS) — Police have released new surveillance photos of a suspect wanted in the deadly shooting of a local singer. Joelil Foy, 27, a member of the singing group “Brotherly Love,” was shot and killed last month while sitting on the front steps of his mother’s home.

Police are trying to get the pictures out in hopes someone will recognize the man or the car he was driving.

“We hope they get whoever did this because it’s not right,” block captain Sarah Legacky said.

Police are asking if you know a man or recognize a 2014 Maserati with Pennsylvania tags. The man is a suspect in the murder of Foy.

Last Wednesday, the 27-year-old Brotherly Love singer was shot multiple times in the torso and neck as he sat on the front steps of his mother’s home on the 1800 block of Sigel Street street in South Philadelphia.

Following the shooting, Foy’s grief-stricken mother and Councilmember Kenyatta Johnson held a peace walk. They walked together through the neighborhood in an effort to stop the gun violence.

“We have to stick together, and we have to end this in any way we can,” Legacky said.

Legacky says everyone in the community is still shaken by Foy’s murder.

She says police even spent time on Sigel Street in hopes to bring comfort to residents after the gunfire erupted.

She has a message for the person who pulled the trigger.

“I would tell him to man up,” Legacky said. “You thought you were tough doing this. Let’s see how tough you really are.”

If you recognize the suspect or the car, call the police or leave information anonymously through the tip line.

Detectives say they don’t have a motive.