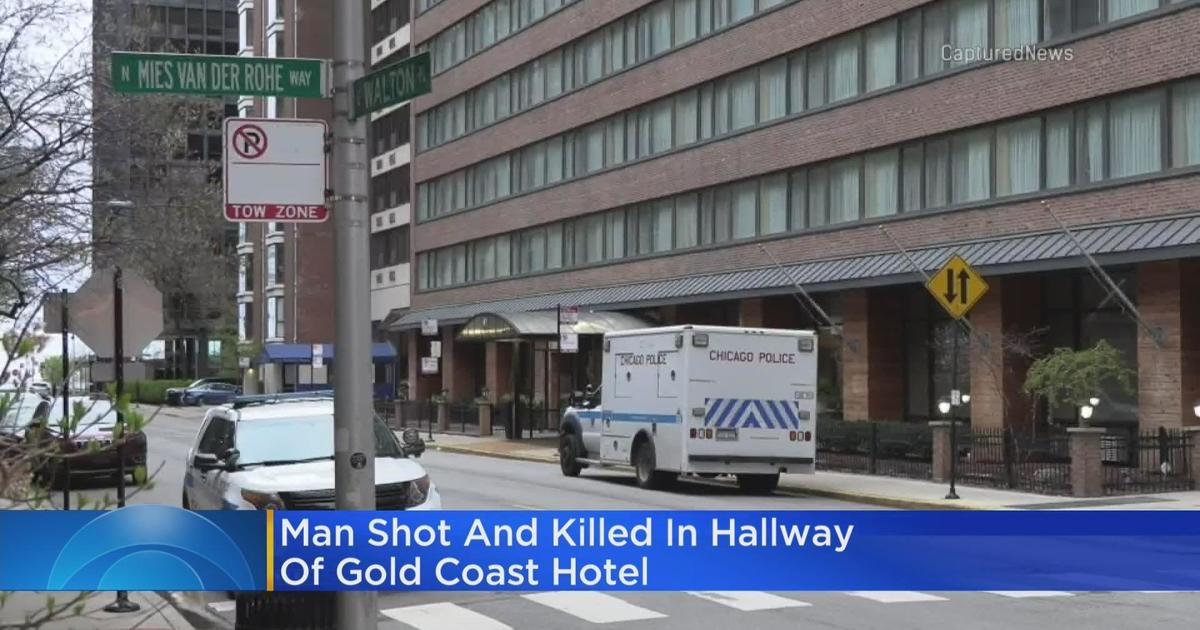 CHICAGO (CBS) — Chicago Police are searching for the gunman who shot and killed a man inside a Gold Coast hotel.

Officers were called to the Sonesta ES Suites around 5 a.m. Sunday where they discovered a man in a second floor hallway with multiple gunshot wounds.

He was taken to Northwestern Hospital where he was pronounced dead.

So far the victim has not been identified.

Detectives are still trying to determine a motive.