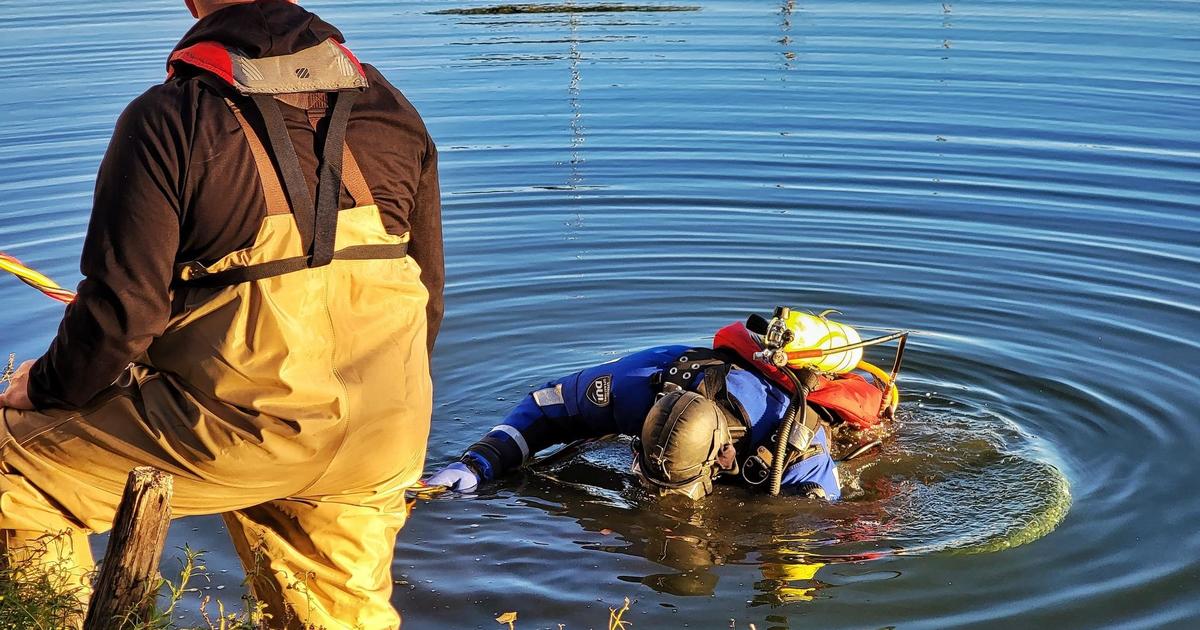 A suspect in a break-in in Tulsa, Oklahoma, drowned in a pond while running from police on Thursday, the Tulsa Police Department said.

At about 4:30 a.m., Tulsa police officers responded to an alarm going off at the clubhouse of an apartment building, the police department said on Facebook. When officers arrived, they found a shattered glass door and a naked man inside, his wet clothes strewn about.

Officers detained him, but as they continued to investigate, they said the man made a break for it. He kicked open the back door to the clubhouse, jumped over a patio railing and landed in a pond, while officers chased after him.

Officers in the water tried to rescue the man in “challenging conditions,” the department said. “They made a valiant effort, but the suspect went under the water and did not resurface.”

The police dive team recovered the man’s body in about 10 feet of water. Photos posted on Facebook by the police department show the shattered glass door and the dive team in the pond in the early morning after the incident occurred.

The police department said it is in the process of locating the suspect’s next of kin. CBS News has reached out for more information and is awaiting response.

Caitlin O’Kane is a digital content producer covering trending stories for CBS News and its good news brand, The Uplift.