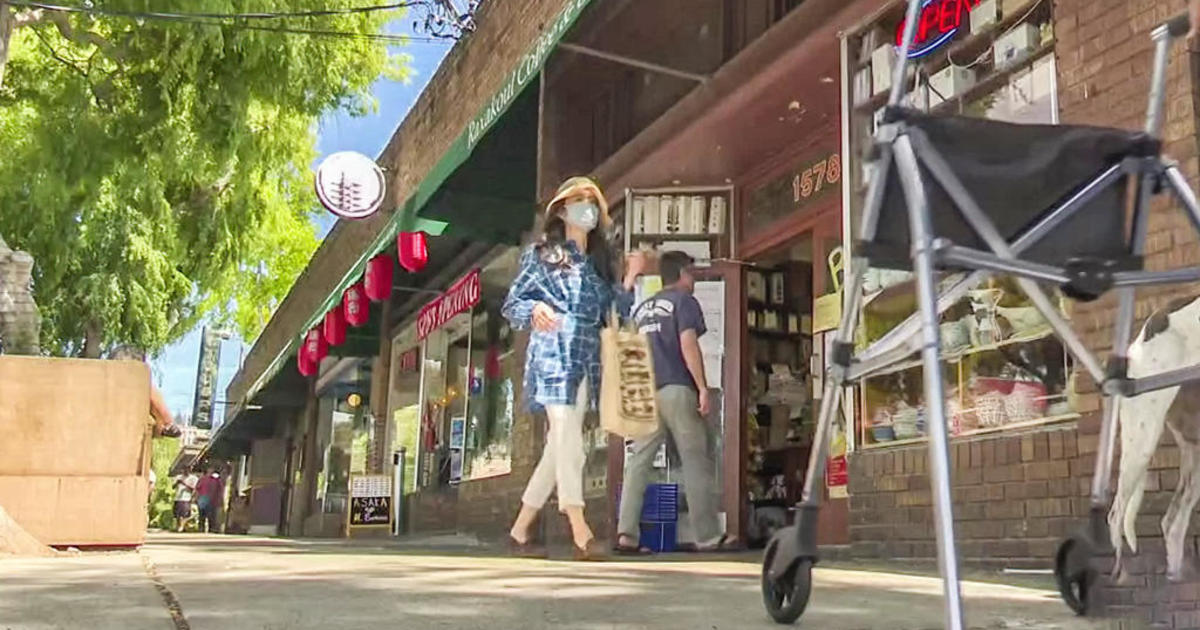 BERKELEY (KPIX) — The city of Berkeley will be adding bike lanes on a one-mile stretch of Hopkins Street next year but many businesses and shoppers are not happy with the new addition since it will remove a lot of street parking.

Berkeley city council members said they had to choose between street parking and bike lanes since Hopkins Street is very narrow in certain places and wouldn’t be able to accommodate both.

So, last week, the council voted to go with bike lanes.

Braudy drives from the hills to her favorite shops on Hopkins Street.

“I love shopping here because I can get everything I need in one little walk. I can get my fish, my meat, my wonderful vegetables,” Braudy said.

Braudy said she shops at Monterey Market and at nearby mom-and-pop stores about twice a week. She said those weekly trips are about come to an end.

She believes the new changes on Hopkins Street will hurt seniors and those who rely on cars.

“I am very worried. I have nightmares, honestly, about losing business, people going somewhere else, finding other places to shop,” said Pete Raxakoul, owner of Raxakoul Coffee and Cheese.

Raxakaul said most of his customers are seniors. It’s already hard to find parking on Hopkins. He said that, if customers can’t park, they won’t come.

The city plans to address that problem by adding parking meters in front of his business to encourage turnover.

“I want kids to be able to bike here and for parents to feel safe with their kids biking,” Motta said.

Braudy said she feels left behind as Berkeley builds for the future.

“It’s very sad to me that I’m going to have to give this up,” she said.

Berkeley leaders are now looking at a proposal to extend the bike lanes on Hopkins Street for another half a mile, from Gilman Street to San Pablo Avenue. That plan could include removing more street parking. The city may vote on that idea later this year.