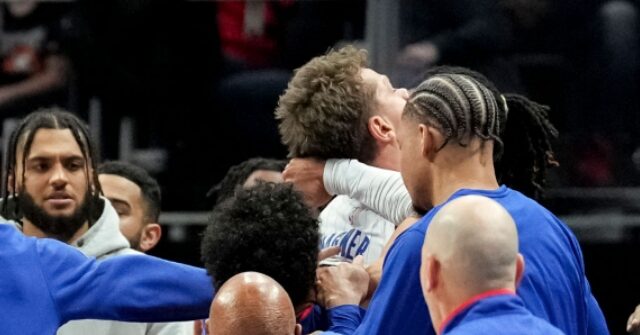 There’s been a scarcity of good brawls in the NBA recently. But Wednesday night’s showdown between the Pistons and Magic reversed the trend.

Just before halftime, a brawl broke out after Orlando’s Mo Wagner shoved Detroit’s Killian Hayes into the Pistons bench while going after a loose ball. The Pistons rushed Wagner and Hayes threw a forearm to the back of Magic player Wagner’s head, apparently knocking him out.

Wagner then slumped forward into the Detroit bench.

Detroit teammates swarmed Wagner, and then Magic players rushed over to the bench. Hayes went back at Wagner.

Players from both teams swarmed Detroit’s bench area. Then, adding insult to injury, Wagner was assessed a Flagrant-2 for his shove of Hayes and ejected from the game.

Mo Wagner got a Flagrant-2 for this altercation and got ejected.

The NBA will now review the altercation, and Hayes could face suspension.