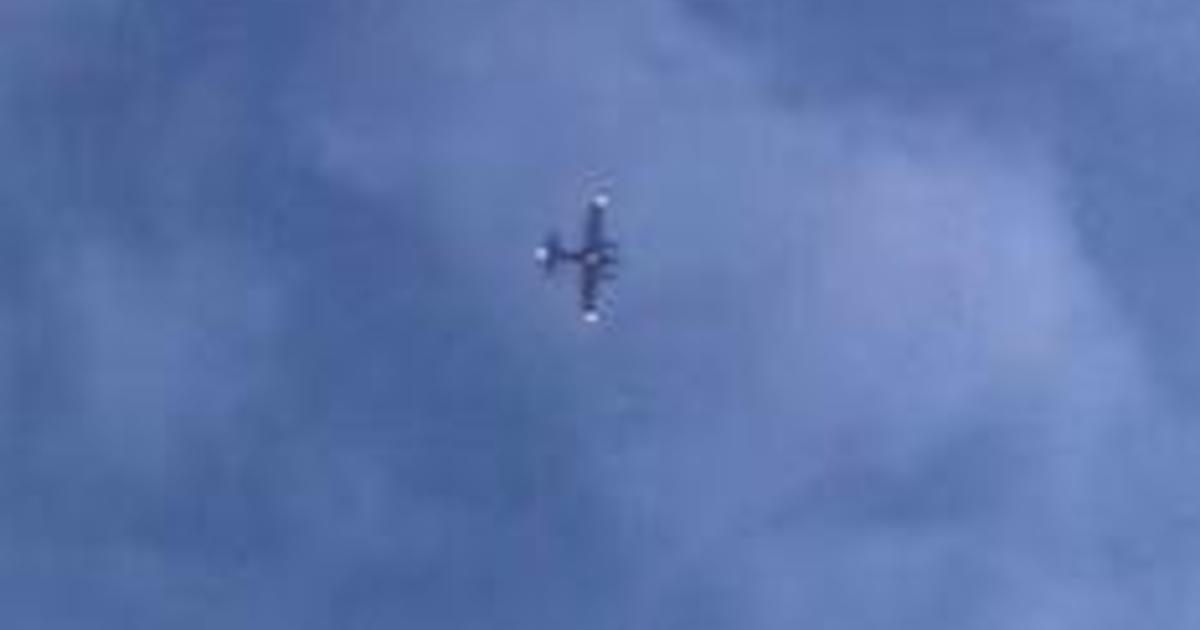 A stolen airplane circled over north Mississippi on Saturday morning, and police said they evacuated a Walmart store after the pilot threatened to crash into it.

The Tupelo Police Department said in a Facebook post that the Walmart and a nearby convenience store had been evacuated. The plane started circling over Tupelo, Mississippi, about 5 a.m. It was still in the air more than four hours later, but had flown away from Tupelo and was circling over another community nearby.

CBS affiliate WCBI-TV posted video of the plane flying over the area.

Police said they have made contact with the pilot directly.

“Citizens are asked to avoid that area until an all clear is given,” the police wrote. “With the mobility of an airplane of that type the danger zone is much larger than even Tupelo.”

Authorities believe the aircraft — a Beechcraft King Air C90A — was stolen and are working to determine whether the pilot threatening to crash the plane is an employee of a local airport, two people briefed on the matter told The Associated Press. Multiple federal agencies, including the Department of Homeland Security, are now involved in the investigation and are working to discern a motive, the people said.

Investigators were continuing to monitor the flight’s path and have been in communication with the pilot, the people said.

A spokesperson for the Federal Aviation Administration said the agency is aware of the flight and is coordinating with local law enforcement.

Law enforcement told the Northeast Mississippi Daily Journal shortly after 8 a.m. that the plane had left the airspace around Tupelo and was flying near a Toyota manufacturing plant in nearby Blue Springs.

An online flight tracking service showed the plane meandering in the sky and following a looping path.

“State law enforcement and emergency managers are closely tracking this dangerous situation,” Gov. Tate Reeves wrote on Twitter. “All citizens should be on alert and aware of updates from the Tupelo Police Department.”

Leslie Criss, a magazine editor who lives in Tupelo, woke up early and was watching the situation on TV and social media. Several of her friends were outside watching the plane circle overhead.

“I’ve never seen anything like this in this town,” Criss told The Associated Press. “It’s a scary way to wake up on a Saturday morning.”

Former state Rep. Steve Holland, who is a funeral director in Tupelo, said he had received calls from families concerned about the plane.