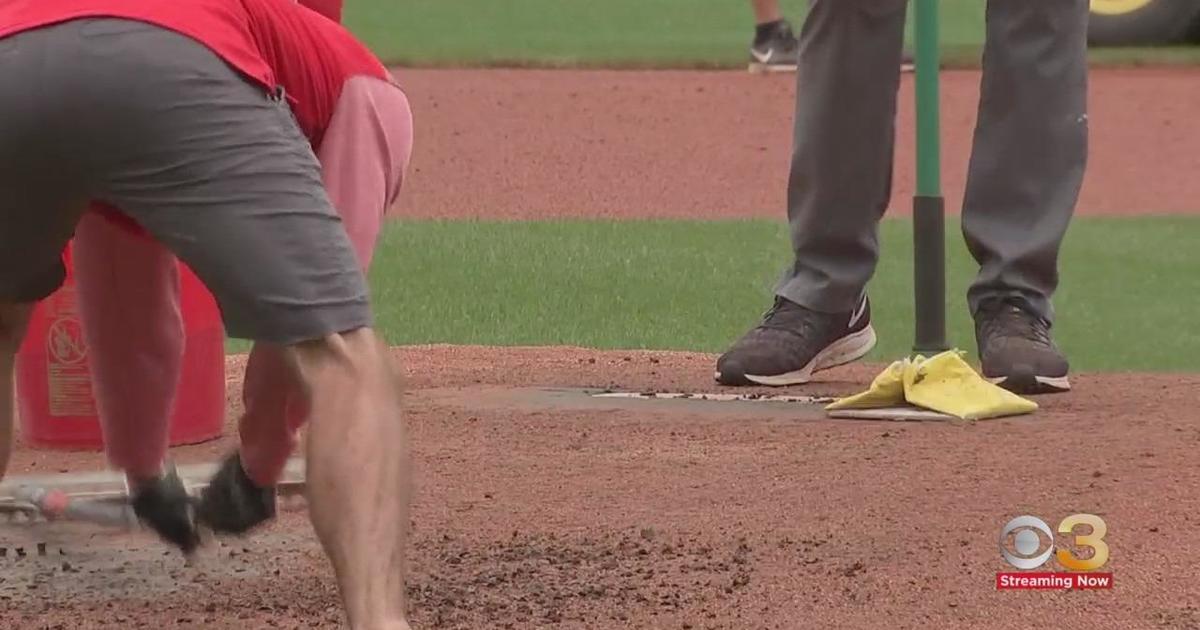 PHILADELPHIA (CBS) – A group at Citizens Bank Park played a vital role in the Phillies making it into the world series. And, they’re going to be just as important for the outcome of the games.

It’s the job of the Phillies grounds crew to keep the field in perfect shape, even during a game like Sunday’s where the rain was a challenge.

After the game, the crew got a lot of praise for their hard work.

“We had a lot of people saying yesterday, like oh, that game didn’t happen without you guys. And, I mean, I’m not taking any credit away from the players. Players are the ones that won the game. We’re there to help them out, help them succeed the best way possible,” Caleb Robinson from the Phillies ground crew said.

The crew spread a lot of clay on the infield to try to keep it dry during Sunday’s game.