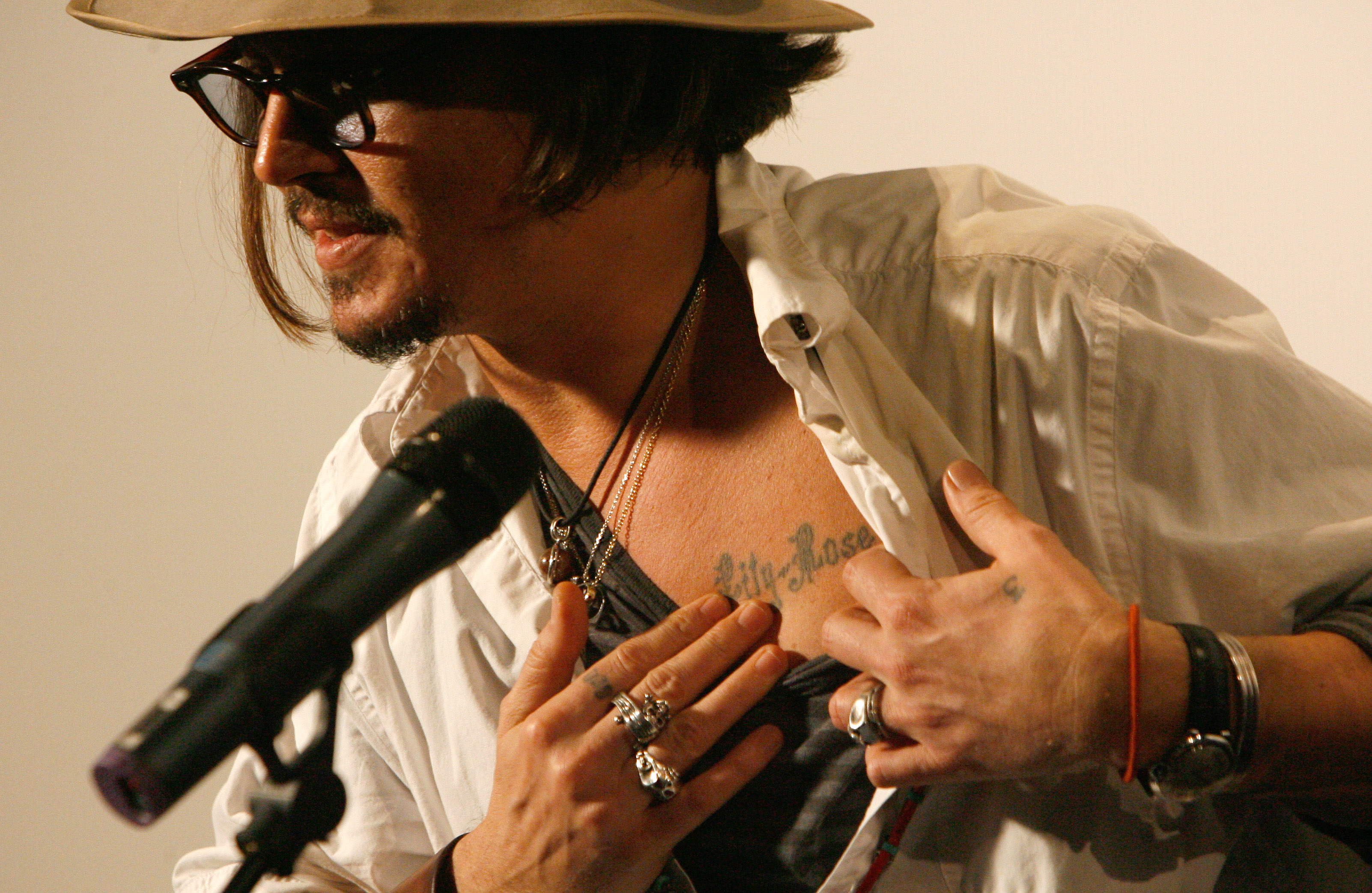 If Pete Davidson is looking for suggestions of ways to cover up his Kim Kardashian tattoo, he has no shortage of places to look.

Now that the couple has broken up, the internet is on the case, (sort of) helpfully giving the comic ideas of how to cover up his shoulder tat, which says, “My girl is a lawyer.” Kim is currently studying to become an attorney and passed the “baby bar” in 2021.

Newsweek previously reported that fans’ recommended edits for Davidson included “Rudy Giuliani was a lawyer” and “My squirrel is a lawyer.”

Davidson is hardly the first—and likely not the last—lovestruck star tasked with removing or altering a tattoo after a relationship has gone south. Kaley Cuoco, Angelina Jolie and Heidi Klum have all reportedly covered up tattoos that were tributes to past loves.

The most famous example is arguably Johnny Depp. In the 1990s, the actor had the words “Winona Forever” inked on his body as a tribute to his fiancée at the time, Winona Ryder. After the two split, he had the art altered to say “Wino Forever,” something that came up amid allegations of spousal abuse and during Depp’s recent defamation case against ex-wife Amber Heard.

While it remains to be seen what Davidson does about his Kim tattoo, he has been down this road before. When Davidson and Ariana Grande were an item, the two got numerous tattoos in honor of their relationship, including him getting her iconic bunny ears tattooed behind his ear. When they broke up in 2018, he converted them into a large black heart. He also reportedly had ink dedicated to his previous girlfriend Cazzie David.

One tribute to his latest ex may be hard to get rid of, though.

“The ‘Kim’ one isn’t a tattoo,” Kim explained on The Ellen DeGeneres Show in March. “It’s actually a branding, which means he had the tattoo burned into his skin, rather than a regular ink tattoo.”

Davidson’s many other tattoos include one of the late Ruth Bade Ginsburg, a tribute to his father, Scott, a firefighter who died on 9/11, and a giant “Shaolin” tattoo across his stomach, presumably in honor of Wu-Tang Clan, which hails from Davidson’s native Staten Island, New York.

Last year Davidson said on Late Night With Seth Meyers that he was in the process of removing some of his ink thanks to his burgeoning film career: “I didn’t think they would put me in [movies],” he said. “I honestly never thought that I would get an opportunity to act and I love it a lot, and you have to get there three hours earlier to cover all your tattoos.”

Newsweek reached out to a representative for Pete Davidson for comment.