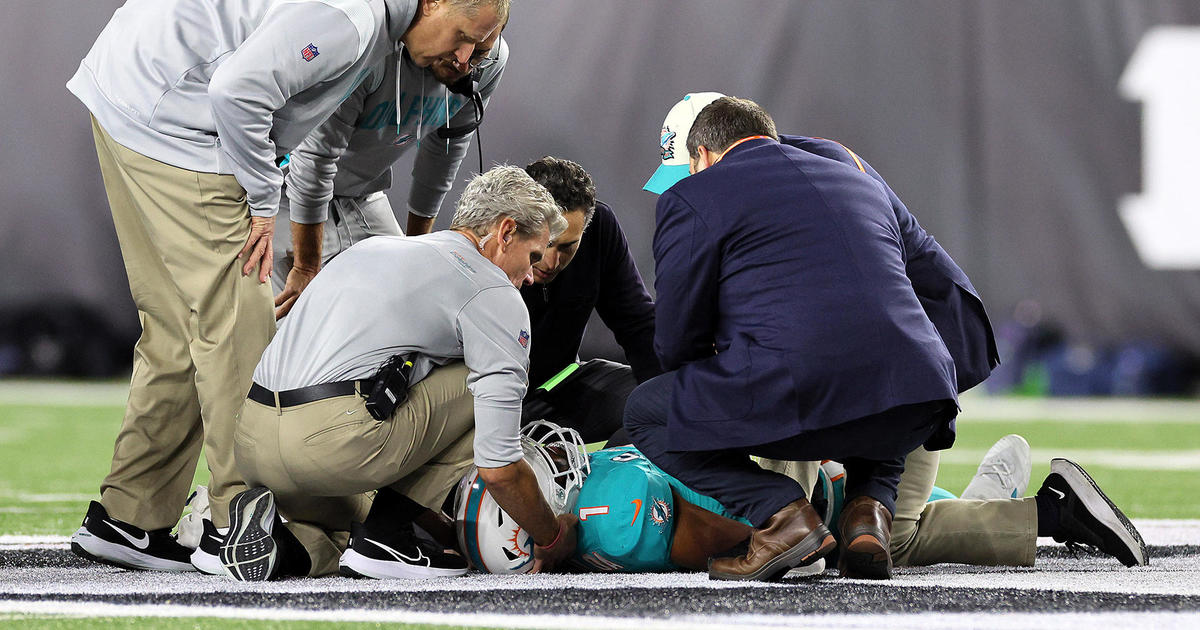 FOXBORO – Miami Dolphins quarterback Tua Tagovailoa was wheeled off the field on a stretcher and hospitalized after suffering head and neck injuries on Thursday Night Football against the Cincinnati Bengals.

As CBS Miami reported, Tagovailoa appeared to suffer a concussion during last Sunday’s game against the Buffalo Bills when he stumbled after having his head hit the turf. But he still made the start Thursday night despite being listed as questionable with back and ankle injuries.

The Dolphins said he was conscious with movement in his extremities after being taken to a hospital. But New England Patriots players were among those on social media Thursday night questioning why Tugavailoa was playing at all.

“Dude should not have been playing tonight,” Patriots safety Adrian Phillips tweeted.

New England linebacker Matthew Judon said there was “no reason that man should of been in the game.”

“Protect yourself because some people only see you as a football player,” Judon wrote.

Both Mack Wilson and Dont’a Hightower tweeted that they were praying for Tagovailoa.

Chris Nowinski, the CEO of the Concussion Legacy Foundation who works with Boston University’s CTE Center, tweeted “This is a disaster.”

“Pray for Tua. Fire the medical staffs and coaches. I predicted this and I hate that I am right. Two concussions in 5 days can kill someone. This can end careers. How are we so stupid in 2022,” he wrote.