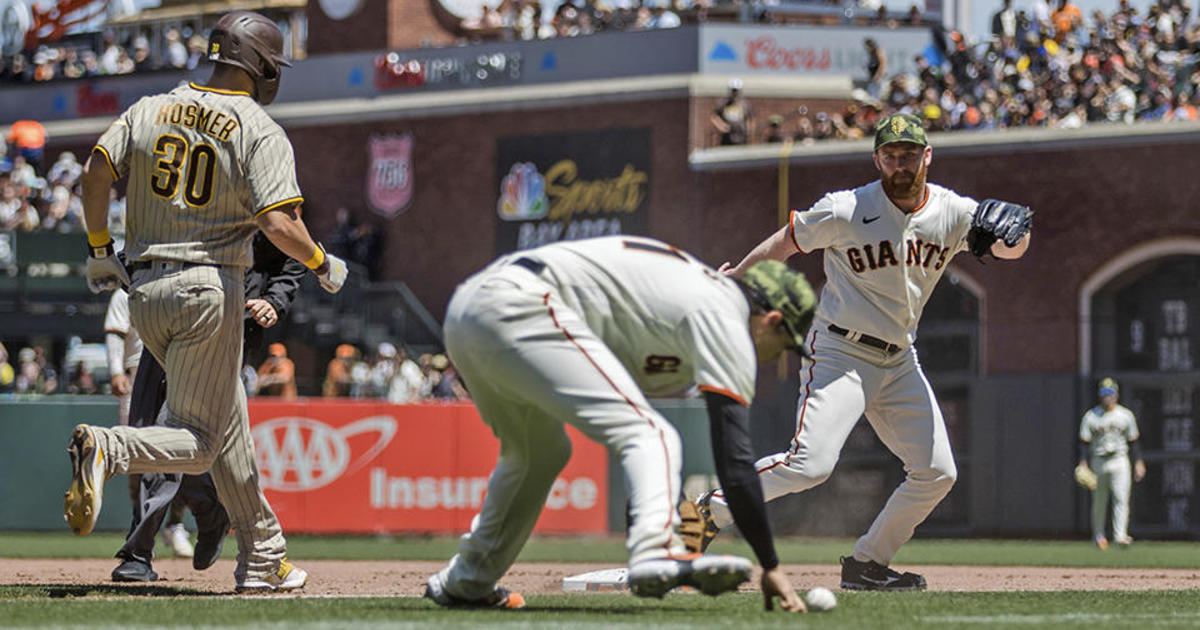 On a day when every San Diego starter had at least one hit and San Francisco used a position player to pitch, Machado’s big afternoon included three doubles, a triple and two RBIs. The five-time All-Star was also intentionally walked. He’s the eighth player in Padres history to have four extra-base hits in one game.

Machado doubled off Alex Wood and scored on Myers’ single in the first inning then doubled in a pair of runs in the fourth when the Padres scored five runs and batted around. He tripled and scored in the fifth then doubled again leading off the eighth.

With the game out of hand and his team trailing by nine, Giants manager Gabe Kapler used outfielder Luis González in relief for the second time this season. González pitched two scoreless innings and allowed one hit.

Wil Myers added three hits for San Diego and drove in three runs as the Padres won their fourth straight and sixth of seven to pull within one-half game of the NL West-leading Dodgers.

MacKenzie Gore (3-1), who pitched in relief Tuesday, worked six innings of three-hit ball and allowed one run. The left-hander had six strikeouts and walked two.

Padres: SS Fernando Tatis Jr. will meet the rest of the team in San Diego on Monday, although the target date for his return off the 60-day Injured List remains late June. Tatis has not played this season after arriving at spring training with a broken left wrist that required surgery. He has been at the team’s facilities in Arizona working on his defense and conditioning, but has yet to resume swinging a bat. “It’s been defensive stuff, conditioning, nothing that involves a bat,” Melvin said, adding that Tatis is scheduled to undergo another bone scan soon. … RHP Mike Clevinger was placed on the IL with a right triceps strain. … LHP Drew Pomeranz (flexor tendon surgery) threw a bullpen Saturday and will have another early next week before the Padres determine what the next step is. … RHP Steven Wilson was recalled from Triple-A El Paso.

Giants: 1B Brandon Belt was placed on the 10-day IL with right knee inflammation. INF Kevin Padlo was recalled from Triple-A Sacramento.