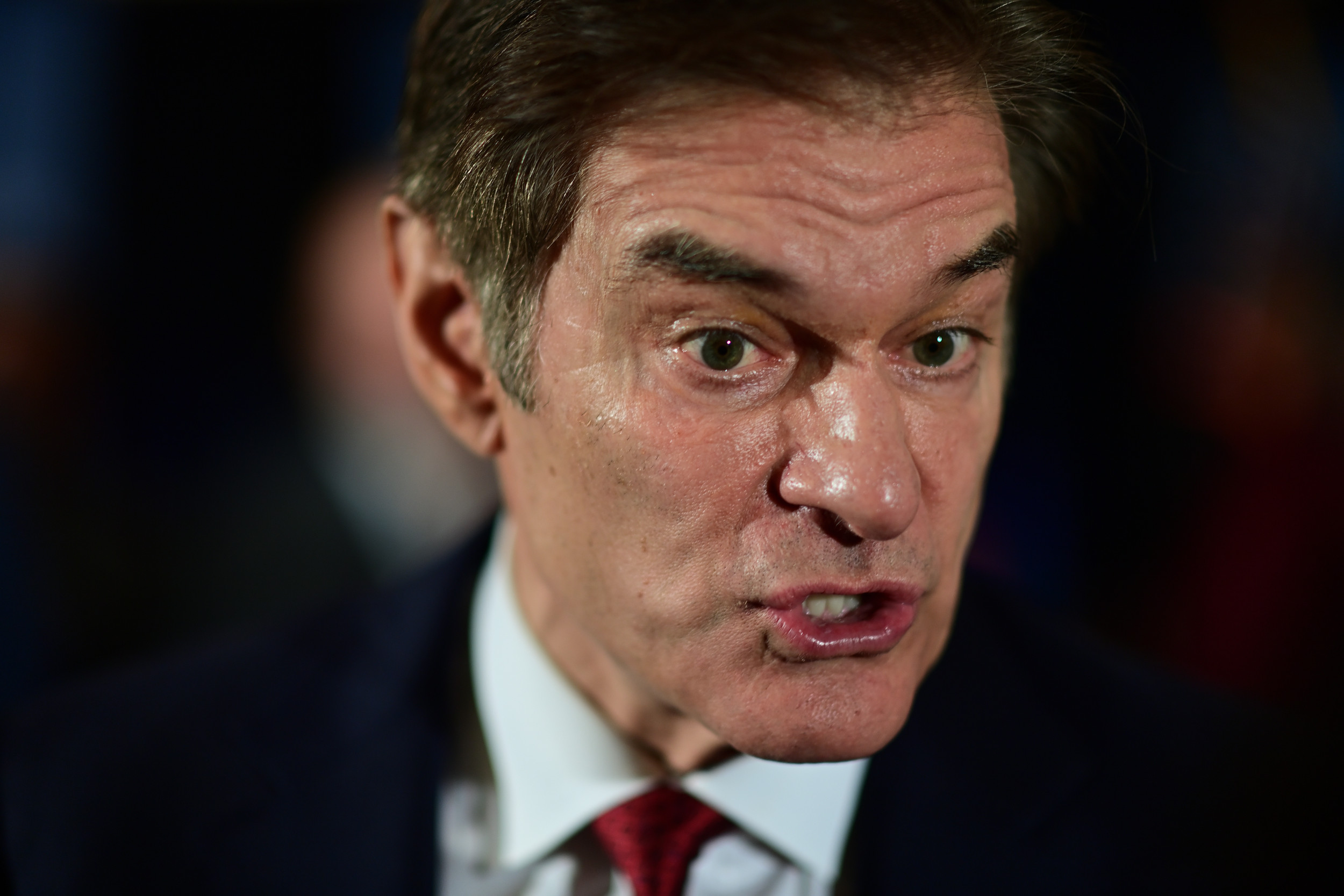 Dr. Mehmet Oz, the Republican candidate for U.S. Senate in Pennsylvania, is under fire for arguing that “local political leaders” should have a say on abortion rights.

Oz said that he did not want the “federal government” involved in abortion while backing the involvement of local politicians during his debate with Pennsylvania Lieutenant Governor John Fetterman, his Democratic opponent, on Tuesday night. The celebrity doctor made the remarks while answering a question on whether he would support a national abortion ban, as Republican Senator Lindsey Graham of South Carolina proposed last month.

“I want women, doctors [and] local political leaders … letting the democracy that’s always allowed our nation to thrive, to put the best ideas forward so states can decide for themselves,” he continued.

Oz’s remarks were almost immediately seized upon by his critics on Twitter, with many commentators suggesting that no political leaders should have a say in the healthcare decisions of women.

“I worked with Dr. Oz providing care for patients during open heart surgery,” tweeted Dr. Michelle Au, who is currently serving as a Democratic state senator in Georgia. “If he thinks ‘political leaders’ should help direct life-or-death clinical decisions, I’d like him to clarify where they should stand at the OR [operating room] table, and how best they should instruct staff to proceed.”

“Local political leaders DO NOT belong making women’s reproductive decisions, Dr oz!” Democratic Pennsylvania state Senate candidate Jackie Baker tweeted. “Get out of our medical business and get out of PA!”

“I’m gonna go ahead and guess that Dr. Oz doesn’t actually believe ‘local political leaders’ should be making his medical decisions,” tweeted Christina Reynolds, vice president of communications for EMILY’s List. “Wonder why he thinks the same should not be true for me?”

“‘Local political leaders?!!'” tweeted talk show host Tory Shulman. “Why stop there Oz? Why not get a whole clown car of people to be in the room and intervene in one of the most intimate /painful decisions a woman has to make. #OzFetterman #smh #FettermanForSenate”

“Dr. Oz thinks abortion decisions should be between ‘a woman, her doctor, and local political leaders’ because he is a Big Brother Republican who thinks women can’t make their own decisions EVER,” tweeted author Grant Stern.

“Women of #PA should be running to the polls to annihilate this misogynistic, fascist snake oil peddling quack,” actress Nancy Lee Grahn tweeted. “Local Political leaders should be making decisions about our wombs? HELL NO!!! What a disgusting violation of our bodies and our privacy. #OZ is disgusting.”

“This is not just Dr. Oz’s abortion position, it has become the mainstream GOP position on women’s bodies,” tweeted columnist Aisha Sultan. “For Republicans, our medical decisions should be completely up to us, our doctors and ‘our local political leaders.’ Vote accordingly.”

Fetterman also mentioned the moment in a tweet asking for campaign donations just after the debate ended.

“I just stepped off the #PASenateDebate stage,” Fetterman tweeted. “Tonight, Dr. Oz said he wants women’s bodily autonomy to be up to ‘local political leaders’ Let me be clear: I will ALWAYS support abortion rights. Can you rush $10 to my campaign to help me defeat Dr. Oz?”

When asked directly during the debate, Oz said that he would not vote in support of Graham’s abortion ban bill if elected, while describing Fetterman’s call to codify Roe v. Wade as “extreme.”

The Republican candidate has previously called abortion “murder” and said that he believes life begins at conception, while also maintaining that he opposes federal bans and supports exceptions in cases of rape, incest and when the mother’s life is in danger.

Newsweek has reached out to the Oz campaign for comment.