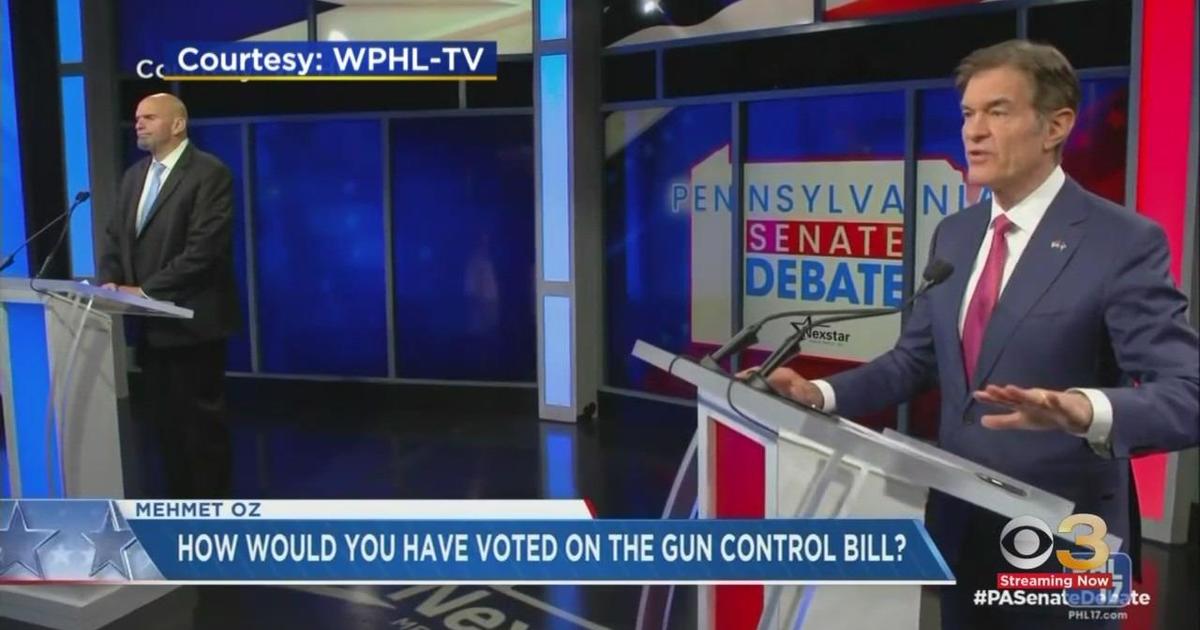 PHILADELPHIA (CBS) – Tuesday night was the first and only debate between the two candidates for Pennsylvania’s open U.S. senate seat. The outcome of the race could determine the balance of power in Congress.

It was a very intense, hour-long debate between the two Senate candidates.

The big question Wednesday morning, did the debate have a lasting impression on voters as they’ll head to the polls in a few weeks.

Tuesday night, viewers got to witness the first and only debate between Democrat John Fetterman and Republican Mehmet Oz, which quickly turned to personal attacks.

Fetterman began addressing what he called the “elephant in the room,” a stroke he suffered from in May. Futterman’s delivery, at times, was halting and repetitive.

Throughout the debate, it was obvious the candidate’s policy differences around critical issues like abortion, energy, the economy and crime. Here’s a snippet of the candidates’ exchanges beginning with taxes.

And right now, according to a new poll, the race is a toss-up.

The CBS News Battleground Tracker shows Democrat John Fetterman with a two-point lead over his Republican challenger, Dr. Oz. Fetterman had a five-point lead a month ago.

The Battleground Tracker was released before last night’s debate.