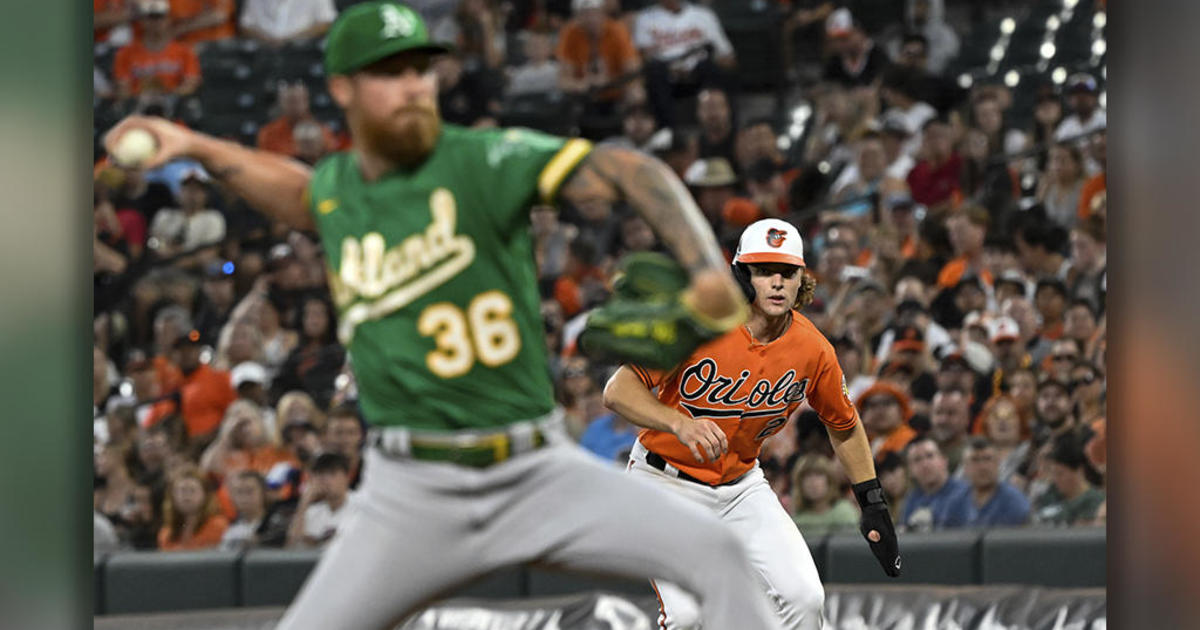 Adley Rutschman, Cedric Mullins and Anthony Santander also homered for the Orioles, who have won four straight and are 1 1/2 games behind Toronto in the race for the American League’s third wild-card spot.

The Athletics jumped out to a 1-0 lead in the first on a sacrifice fly by catcher Sean Murphy off Austin Voth.

Mountcastle countered with two-run homers in the first and third innings — his 20th and 21st of the season — off Adam Oller (2-7), giving Baltimore a 4-1 lead. Mountcastle had a multi-homer game for the third time this season and the sixth time in his career.

Voth was replaced by Keegan Akin (3-1) after loading the bases with one out in the fourth. Pinch-hitter Chad Pinder hit into a 6-4-3 double play, ending the threat.

Mullins and Santander boosted the lead to 6-1 with solo homers in the bottom half of the fourth. Oller, who is on his fourth stint with the Athletics this season, had allowed just four runs over his previous three starts.

A single by Rutschman drove in Jorge Mateo, who had stolen his 29th base and took third on a throwing error by Murphy in the sixth. Rutschman rounded out the scoring with his ninth homer in the eighth inning.

Rutschman, Gunnar Henderson and Kyle Stowers were selected in the 2019 draft and in the lineup together for the first time. It was the only time in Orioles’ history the top three selections from one draft started the same game.

Orioles: RHP Anthony Castro was claimed off waivers from the Cleveland Guardians and optioned to Triple-A Norfolk.

Athletics: RHP Zach Jackson had an MRI that showed a right shoulder strain. The Athletics plans to wait seven or 10 days before they start the rehab process.

Orioles: RHP Tyler Wells (lower left side discomfort) will throw a bullpen session within the next few days before the team decides where he will have his next rehab assignment.

Athletics: RHP Adrián Martínez (3-3, 5.28 ERA) was recalled from Triple-A Las Vegas on Aug. 28 and picked up the win that day against the Yankees in a 4-1 victory.