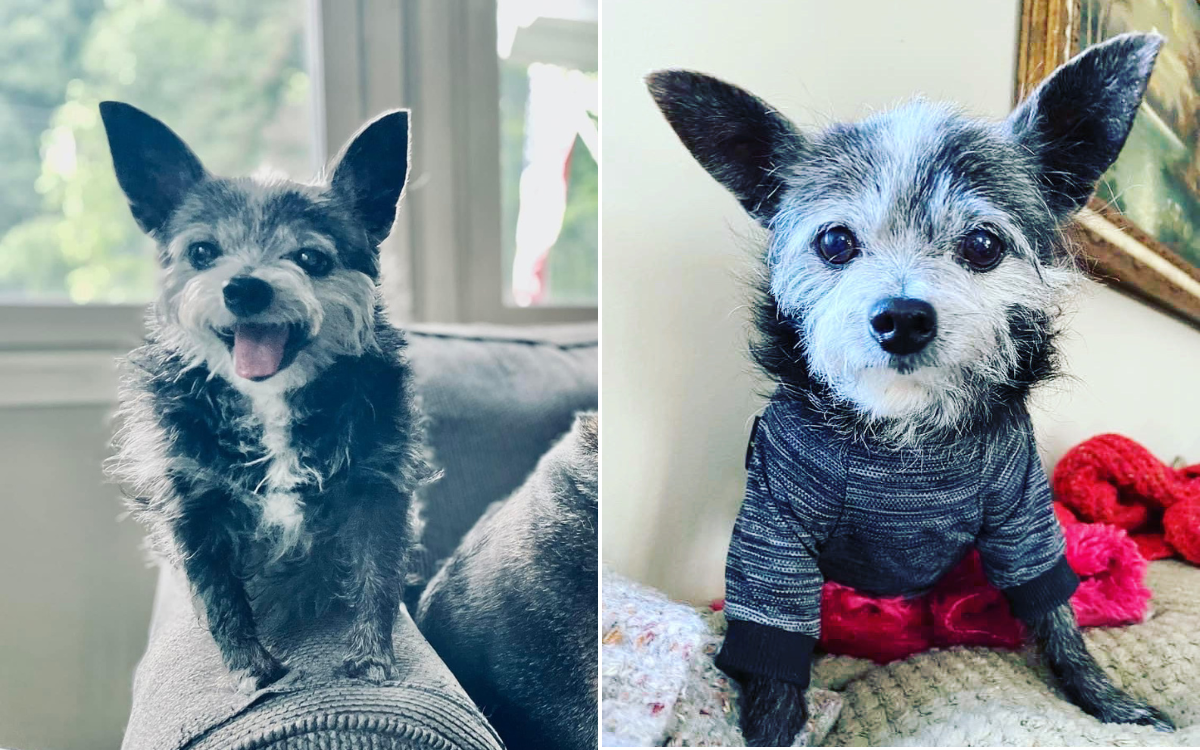 With 2022 drawing to a close, Newsweek looks back at the winners of the inaugural Pet of the Week awards and highlights some of the most memorable four-legged friends to be featured in the weekly celebration of all things furry.

Three dogs and a cat make up the list of Pet of the Year finalists. But just because the canines, felines and other animal friends who previously appeared didn’t make the cut doesn’t mean they are any less special.

2022 has been a memorable year for incredible pets with even more incredible stories, whether it’s Bubbles the blind beagle who drives his own Jeep, Zoe the singing rescue dog or Boots the cat, who loves a game of hide-and-seek.

Special mention should also go to Elvis the sheep, who was rescued from a slaughterhouse, and Fluffy the costume-wearing cat. The simple fact is that every pet is special, and if you would like yours to be featured, scroll to the bottom to find out how.

Pet of the Year Winner

This year’s winner is Olive, a dog who was granted a second chance at life after suffering terrible neglect while in the questionable care of her original owners. It’s an opportunity she has seized with both paws.

A mixed-breed chihuahua/terrier who lives in New York with her owner, Elizabeth Dachs, Olive took the award after making an amazing recovery against the odds. When she was rescued from a kill shelter by Hickory Level Hound Rescue in Carrollton, Georgia, she was in pretty bad shape. She was missing teeth, unable to walk and completely deaf, with an open sore that ran down the length of her back.

Yet from the moment Dachs saw her photo on Facebook, she knew she was the one who could help this sweet pooch get back on her feet. “We already have a beagle called Diesel and weren’t looking for another dog,” Dachs told Newsweek. “But I could not resist this photo of this 8-pound dog and the thought of her all alone. Within an hour, I was on my way to adopt her.”

Olive is now happy in her new home, where she communicates with her owner’s family through a form of sign language. She is getting “younger every day” as the wounds and trauma of her previous life heal, and her story is an inspiration to us all.

“Olive is small but mighty and very loving,” Dachs said. “I thank my lucky stars every day for allowing us to have Olive in our lives. She is part of our family now.”

Finalists for Pet of the Year

One of a trio of pets who were a close second for the yearly award, Howard, like Olive, endured more than his fair share of hardship in his younger days. He was abandoned, and very little is known about his previous life. When owner Kerry Carlson first found him, he was being looked after by the staff at Vintage Pet Rescue in Foster, Rhode Island, which specializes in older dogs and those with disabilities that may not otherwise be cared for and have a chance of finding a new home.

Early in their time together, Carlson discovered that Howard, who is also this week’s Pet of the Week, had eyesight problems. A doctor eventually diagnosed double glaucoma, which meant he was essentially blind. “It was a dark day hearing that news,” Carlson said. “I cried all the way home.”

But brighter days followed, with Howard not just learning to live with his disability but flourishing with it. “He’s so happy and navigates the world like a champ. I’m always so proud of him,” Carlson said. “I’m a hiker, so Howard is often out hiking with me. He loves it. Sometimes I swear he’s smiling.”

Next up is Sugar, an 11-year-old mixed breed who now serves as a de facto carer for one of his pooch companions, making her more than worthy of inclusion on this list. According to Sugar’s owner, Alli, she came from Craigslist in Florida and is a mix of “maybe wolf, fox or coyote, along with husky.”

Alli said she did a little digging and found that Sugar spent some time living around the swamps before coming into her care. “I believe she was abused. It was like she had been kept by one of her owners in a small cage. She could barely run and would scream if you touched her hip area.”

Sugar may have gone through several different homes in her younger days, but she’s very much settled in now. Alli describes her as “a princess and sweet as the day is long.” Sugar is also kept busy thanks to her friendship with Alli’s other dog, Miggy, who was rescued from New York City. “He understands Spanish and has cataracts, so Sugar helps him in his daily deeds as his vision fails,” she said.

Last but by no means least, there’s Blackie the rescue cat, who was saved from the streets of California and now lives safe and sound in Louisiana. Owner Diane Rakowski previously told Newsweek the black cat was “left to his own devices, homeless, to roam the streets.”

Rakowski has been involved in cat rescue for 18 years, and while in California she was determined to save him. “California has its share of stray cats,” she said. “Blackie caught my eye, appearing hungry and homeless. I saw this skinny black kitty, skittish and elusive cat.”

After trapping Blackie so he could get treatment to improve his quality of life, Rakowski decided to take him with her when she left California. He now spends his days living a life of luxury as a deservedly spoiled indoor cat.

“Blackie really likes his kitty treats and will beg for bits of bologna sandwiches, chips and Lucky Charms cereal,” Rakowski said. “He is a great hunter of bugs, indoors only, and likes watching the outside activities from an inside window.”

Rakowski was delighted to learn Blackie had been named a finalist for Pet of the Year and gave an update on how he is doing.

“Thank you so much for choosing Blackie as a finalist. I’m extremely proud,” she said. “Blackie is doing very well, and he continues to thrive in his new home in Louisiana. He’s as playful and silly as ever. I’m sure he doesn’t miss his humble beginnings in California.”

Do you think your pet has what it takes to be part of our Pet of the Week? Send pictures and videos to [email protected] with some details about your best friend.