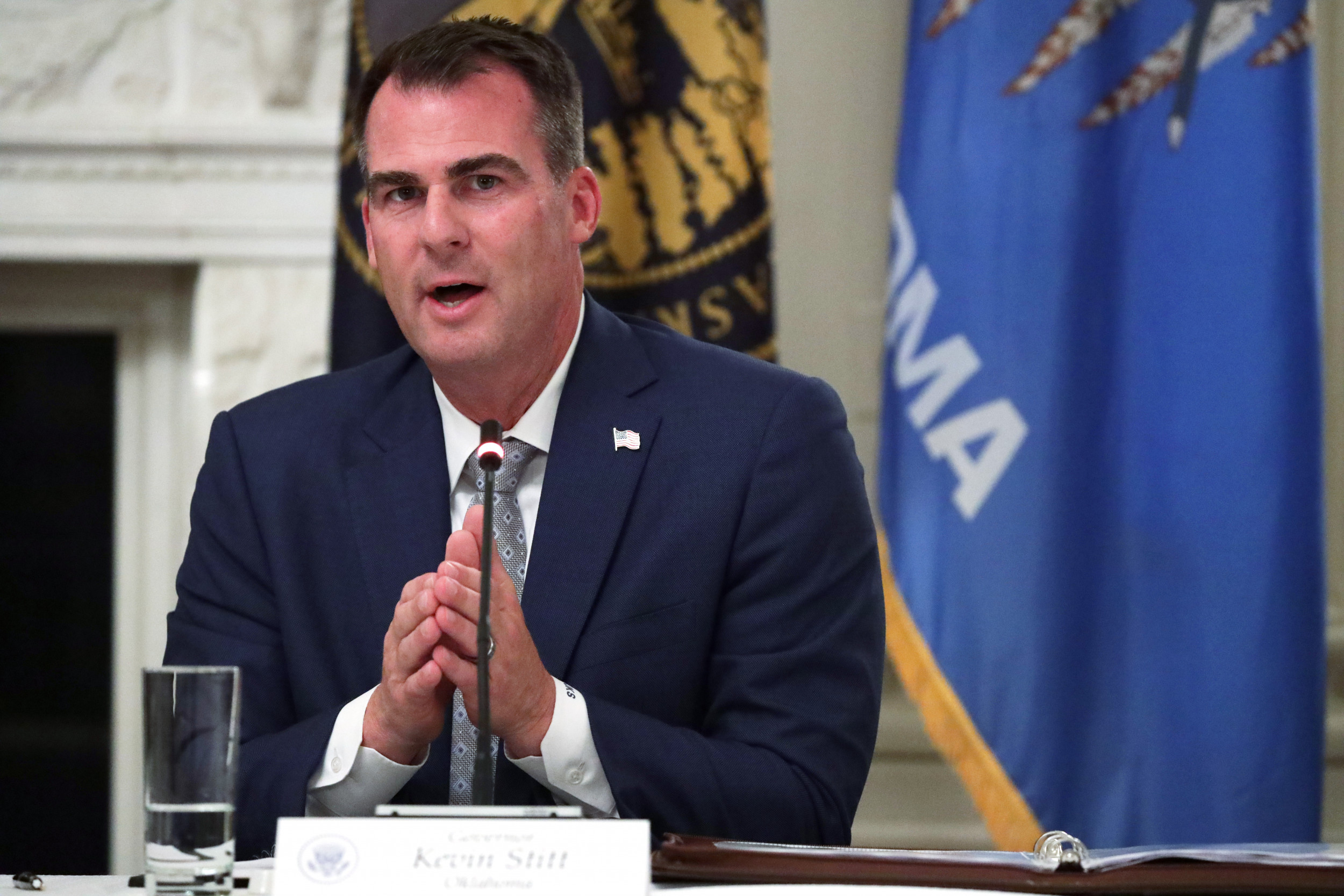 Oklahoma has outlawed nearly all abortions after Republican Governor Kevin Stitt signed a bill banning the procedure from conception and authorizing private citizens to sue people who help women terminate their pregnancies.

Stitt signed the bill Wednesday evening that immediately bans abortions from the time of fertilization. The governor’s signature follows a wave of legislation enacted in Republican-led states restricting abortion in recent years in hopes of successfully challenging a longstanding legal precedent.

Oklahoma is now the first state to ban abortion since the Supreme Court’s landmark but imperiled 1973 Roe v. Wade ruling. Stitt said he’s carrying out the will of his voters, as reproductive rights advocates reacted with horror.

“What’s happening in Oklahoma, Texas, and across the nation is a cruel attack against our individual liberties and bodily autonomy,” the ACLU said in a tweet. “Abortion is essential. Abortion is healthcare. We all deserve access to it—no matter what politicians say.”

House Bill 4327 includes exceptions for pregnancies caused by rape or incest that have been reported to law enforcement. It also allows for abortions to save the life of the mother, ectopic pregnancies and to remove a dead unborn child. Additionally, the bill does not outlaw the use of emergency contraception, such as Plan B.

“We believe life begins at conception, and we’re going to protect life in Oklahoma,” Stitt said during a Fox News Sunday appearance earlier this month. “You know, there were 5,000—just in Oklahoma alone—unborn children that were killed last year. … Other states could do things differently, but we’re gonna save it for life in the state of Oklahoma.”

The legislation means Oklahoma’s five abortion providers can no longer operate, Elizabeth Nash, a state reproductive health policy researcher at the Guttmacher Institute, wrote on Twitter. She said that in 2017, there were 4,780 abortions obtained in the state. At the moment, there are 890,000 women from age 15 to 49, she said.

Nash said after Texas banned abortion at six weeks in September, patients began traveling to nearby Oklahoma for the procedure as well as states on the East and West Coasts. Oklahoma’s new law means “limited access and delayed access to care everywhere and for everyone,” Nash said.

“Oklahoma and Texas are the tip of the iceberg,” Nash said. “We estimate that 26 states are certain or likely to ban abortion if abortion rights are overturned. And the Supreme Court is poised to overturn #RoeVWade in the next few weeks.”

Earlier this month, a leaked Supreme Court opinion showed the court readying to strike down Roe, leaving states free to pass laws restricting abortion. Many Republican-led states have passed restrictions as the court has become more conservative in recent years.

Similar to Texas’ new abortion law, Oklahoma will rely on private citizens to enforce the new restrictions. Oklahoma’s law allows citizens to sue people who help women obtain abortions, awarding them up to $10,000 in court. The new law does not allow women themselves to be sued for seeking abortions.