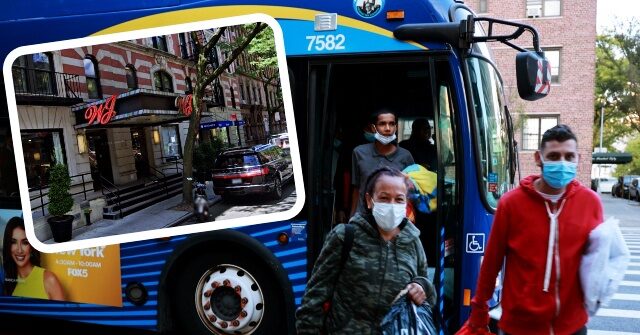 City officials have started putting the new arrivals in a tent city located on Randall’s Island that includes free WiFi, video games, laundry service, a popcorn maker, and other amenities.

W42ST reports that in “…emails obtained by W42ST, the Department of Social Services (DSS) informed local elected officials and some Manhattan Community Board 4 members late Monday evening” of the new arrangements:

“As you are aware, New York City is currently in a state of emergency as we continue to experience a sharp increase in asylum seekers from Latin America and other regions, with more than 16,000 individuals entering New York City’s shelter system since May,” the email said. [Emphasis added]

“The City is continuing to work to provide comprehensive support and resources to these individuals in addition to our everyday New Yorkers experiencing hardship, and at this time must move rapidly to meet our legal and moral obligation to house those in need.” [Emphasis added]

Meanwhile, The Row NYC has reportedly been housing border crossers and illegal aliens as well and officials said the luxury hotel will house a maximum of 200.