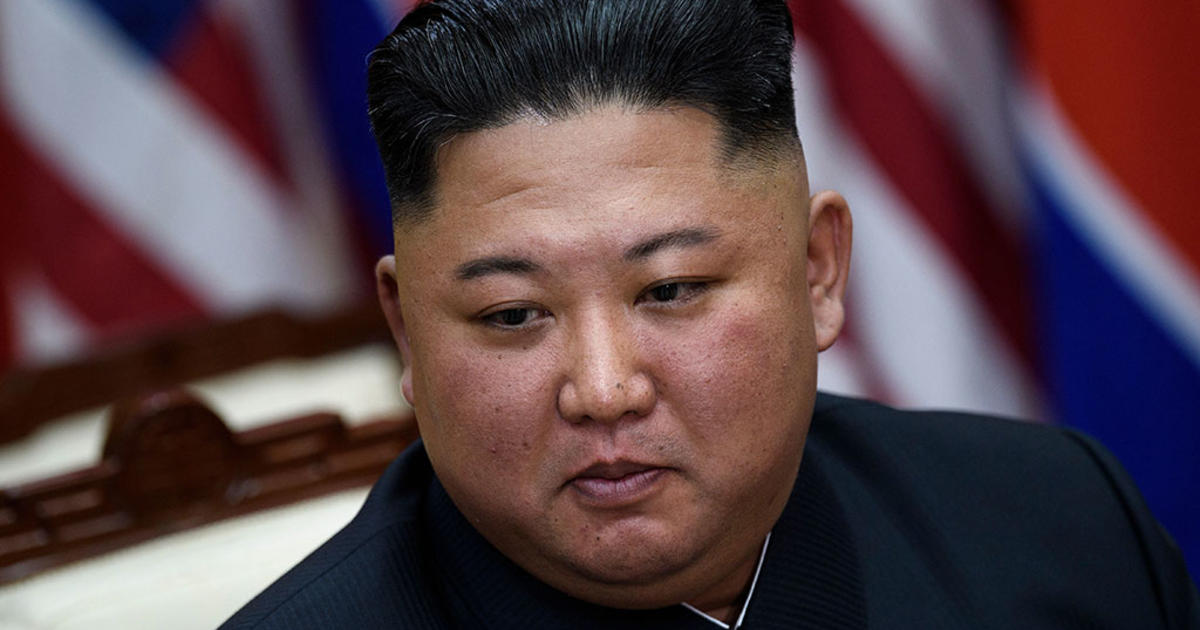 North Korean leader Kim Jong-un is preparing to soon carry out an atomic test as it continues to develop a tactical nuclear weapon, according to U.S. and South Korean officials, who laid out concerns about Pyongyang’s unprecedented number of ballistic missile tests, as well as its first atomic test in five years. A nuclear test would signal that Kim has managed to grow his weapons program through the Trump and Biden administrations and despite the COVID-19 pandemic.

“We think they’re ready to go. Kim just has to give the thumbs up,” a senior U.S. State Department official told CBS News.

A tactical nuclear device is designed to potentially be used on a battlefield.

South Korean intelligence assesses that North Korea may conduct the test on the cusp of the upcoming Nov. 8 U.S. midterm elections. On Wednesday, South Korea’s First Vice Foreign Minister Cho Hyun-dong said that the response by the U.S. and regional allies to a seventh nuclear test by Pyongyang would be “unparalleled,” but did not offer any specifics.

The U.S. is less certain of that timeframe but is preparing responses to a potential test. “Our options are military responses, additional sanctions” and “growing our list of like-minded countries all over the world,” the senior State Department official told CBS News.

Potential military responses are likely to include more exercises in the region. A Pentagon report issued on Thursday stated: “The Department will continue to deter attacks through forward posture; integrated air and missile defense; close coordination and interoperability with our ROK (Republic of Korea) Ally; nuclear deterrence; resilience initiatives; and the potential for direct cost imposition approaches that come from globally deployable Joint Forces.”

But creating a united front against North Korea is complicated, particularly since Russia’s unprovoked invasion of Ukraine sparked international outrage among Western allies and prompted Russia and China to flex their unity. Earlier this month, the two nations blocked an attempt by the U.N. Security Council (UNSC) to condemn North Korea for shooting a missile over Japan.

“China and Russia are determined to shield North Korea,” the senior State Department official said. “So I think North Korea’s space to play is much bigger than it ever was.”

The U.S. has sent messages to Chinese leadership, urging it to dissuade Kim and pointing out that it is not in Beijing’s interest to have tactical nuclear weapons in its backyard. Previously, in 2017, both China and Russia joined the unanimous backing of the UNSC to sanction Pyongyang for testing a massive hydrogen bomb in what was its sixth nuclear test.

“My question is: what would be China’s response to a smaller yield?” the senior State Department official said.

A key concern is that this time Beijing may consider a smaller tactical weapon less threatening, and thus make President Xi Jinping less likely to rein in his financially dependent client, Kim. And since Russia invaded Ukraine in February, President Vladimir Putin has threatened to use weapons of mass destruction himself, including tactical nuclear weapons, which may indicate he would not oppose Kim’s behavior.

“We hope, indeed, that everyone on the Security Council would understand that any use of a nuclear weapon would change the world in incredible ways,” Undersecretary of State Wendy Sherman said Wednesday in Tokyo. She said that U.S. allies are concerned that North Korea’s “sabre rattling, missile rattling and nuclear test rattling” are all “allusions” towards a “test-run for the use of a tactical nuclear weapon.”

In September, North Korea’s parliament unveiled a new “first use” doctrine in which Pyongyang could launch a preemptive nuclear strike. That drew concern among America’s regional allies of Japan and South Korea. The two Koreas are technically still in a state of war, and Seoul relies on the U.S. for protection.

The senior State Department official said the U.S. is concerned that Pyongyang is also testing other new types of weapons to evade missile-defense systems, adding that “they’re launching from trains, from sea-based platforms, from the beach, from the highway.”

There is also the potential of a regional, inter-Korean clash.

“I think the drivers for North Korea to do something is higher than I think I’ve seen, and I base that on just their statements,” the senior State Department official said. “We’re keeping a close eye on whatever potential localized conflict could happen.”

The last attempt at diplomacy under the Trump administration collapsed after a high profile summit between President Trump and Kim in Hanoi, Vietnam, in February 2019. While the two leaders celebrated their personal connections, no deal was brokered and North Korea’s nuclear development continued. The Biden administration’s outreach has also fallen short.

“We’ve made it clear to the North Koreans going back to last year that we were prepared to engage with them without any preconditions to move toward the denuclearization of the Korean Peninsula,” U.S. Secretary of State Antony Blinken told Bloomberg on Wednesday. “The North Koreans have not responded to any of those overtures.”