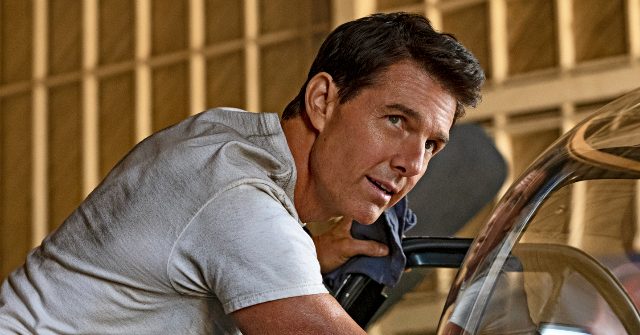 How hungry are Americans for non-woke movies? So hungry that the non-woke Spider-Man: No Way Home and non-woke Top Gun: Maverick are this weekend’s kings at the box office.

How unprecedented is this Labor Day weekend’s triumph of the non-woke?

Well, No Way Home was released nearly eight months ago and has been available on home video since April 12 — nearly five months now.

Top Gun: Maverick was released nearly four months ago and has been available on home video for weeks.

Nevertheless, No Way Home sits in the top spot with a four-day gross of $6.1 million, which brings its total domestic haul to $811 million.

Coming in second place is Top Gun: Maverick, with a four-day haul of $6 million, which brings its total domestic haul to $700 million.

Oh, and the non-woke Spider-Man: No Way Home is the third-highest domestic grosser of all time. Top Gun: Maverick sits at number six, but by next week it will pass Black Panther and perch at numero five.

But-but-but how is this possible when Thor: Love and Thunder ($340 million gross) is a woketard-fest with homosexuality and the non-stop ridicule of the very thing Top Gun: Maverick celebrates, which is masculine competence?

But-but-but how is this possible when Lightyear ($118 million gross) served up the same-sex kiss no one asked for in a kids’ movie, much less a Toy Story movie?

But-but-but how is this possible when The Secrets of Dumbledore ($96 million gross) went the full-gay? After all, we’re talking about a freaken Harry Potter movie!

Even Michael Bay went woke with Ambulance, which grossed only $22 million!

What? The Eternals, with that heavy-duty man-on-man action, grossed just $164 million!

The liars in the entertainment media will tell you this is no big deal, that it doesn’t represent anything. After all, there were no new titles released in theaters. You see, the box office is going through a drought, so naturally, Top Gun and Spider-Man jumped back into the top spot.

By my count, more than 40 new movies have been theatrically released since July 29.

The problem is not that there’s a drought of new movies.

The problem is a drought of new movies people want to see — well, normal people.

You might be asking, Where are the tried and true blockbusters, the awesome franchise movies we used to count on every month?

But, hey, good luck with that estrogen-filled Black Panther sequel!