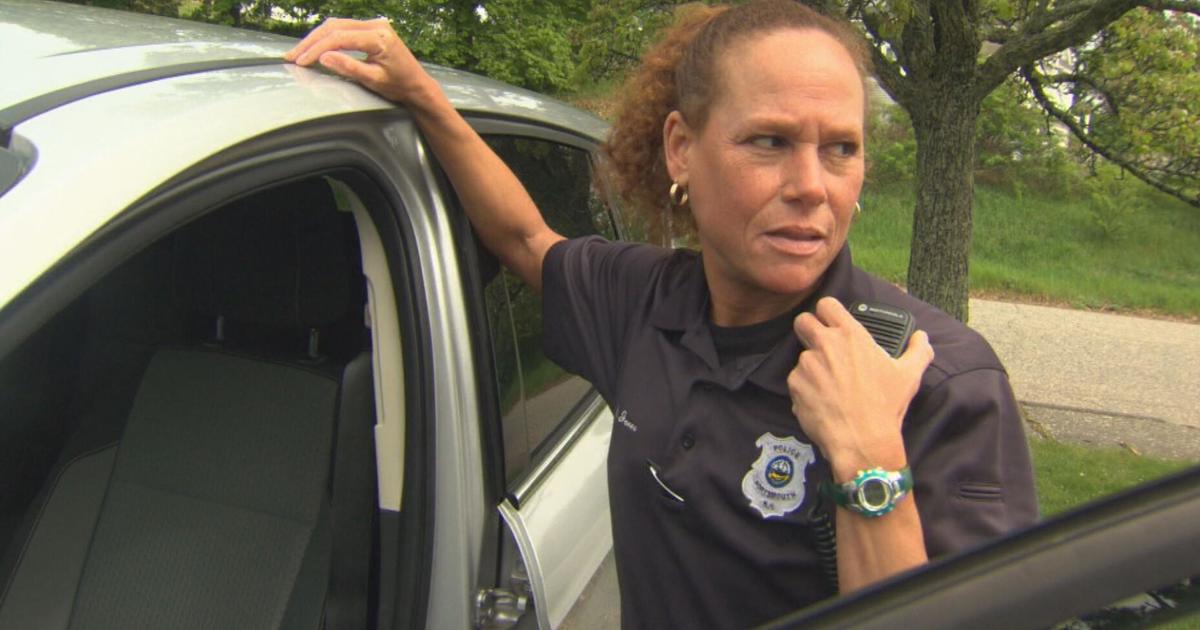 PORTSMOUTH, N.H. – If you spend even a few moments with Portsmouth Police Det. Rochelle Jones, you’ll see how well-known and loved she is in this community.

The 20-year department veteran was born and raised in the city and is now the department’s lead community resource coordinator. She knows the streets and the people.

“I’m thankful for every person who’s ever even crossed my path,” Jones told WBZ-TV.

It’s why she was the perfect choice when a recent crisis arrived – a man on the Piscataqua River Bridge who was threatening to take his own life.

“I was pretty scared,” she said. “My heart was going pretty fast. I mean the bridge was filled with lights and different cruisers and the fire department was harnessing and gearing up, so it was quite the scene.”

The first 911 call had come in around 6:30 a.m. the morning of May 5. Negotiators had been talking to him for nearly three hours when the team decided to call Jones in. They felt she might be able to relate to the man.

The call was personal for the detective. As a rookie cop, she had raced to a different call in the city for a suicidal man. He turned out to be her friend from school, and he died by suicide before she could arrive.

So when she was asked that morning in May to help a man in distress, Jones got directly in a cruiser and rushed to the scene.

By the time she arrived, the man had already jumped to a catwalk just below the bridge. Authorities had shut down the busy bridge in both directions. Jones leaned over the railing – a 130-foot drop to the river below – and just talked with him.

“It just came down to listening to what somebody wants, and really listening and trying to put yourself in their shoes,” she said.

Jones listened and commiserated and leaned over again at one point to hand him a cigarette. She showed him a ladder that he could climb to get back onto the bridge.

“I’m like, ‘I’m not going anywhere, we’re going to do this together. I’m not going to leave you. Just all you got to do is come up and get in my car,'” she recounts telling him. “And I turned to talk to somebody and out of the corner of my eye I saw him walk right over and came up the ladder and he walked right to my cruiser.”

Jones drove the man to a hospital in Maine, where he agreed to get psychiatric care.

“And he got out of the back seat and he gave me a hug, which was a really great, great feeling,” she says.

Det. Jones is checking in with the man regularly and says she has learned we can all be a bridge to one another.

The National Suicide Prevention Lifeline can be reached by calling 1-800-273-TALK (8255), or for more resources visit their website. For more mental health resources, click here.

Liam Martin joined WBZ-TV in June of 2015 as an evening anchor and reporter.