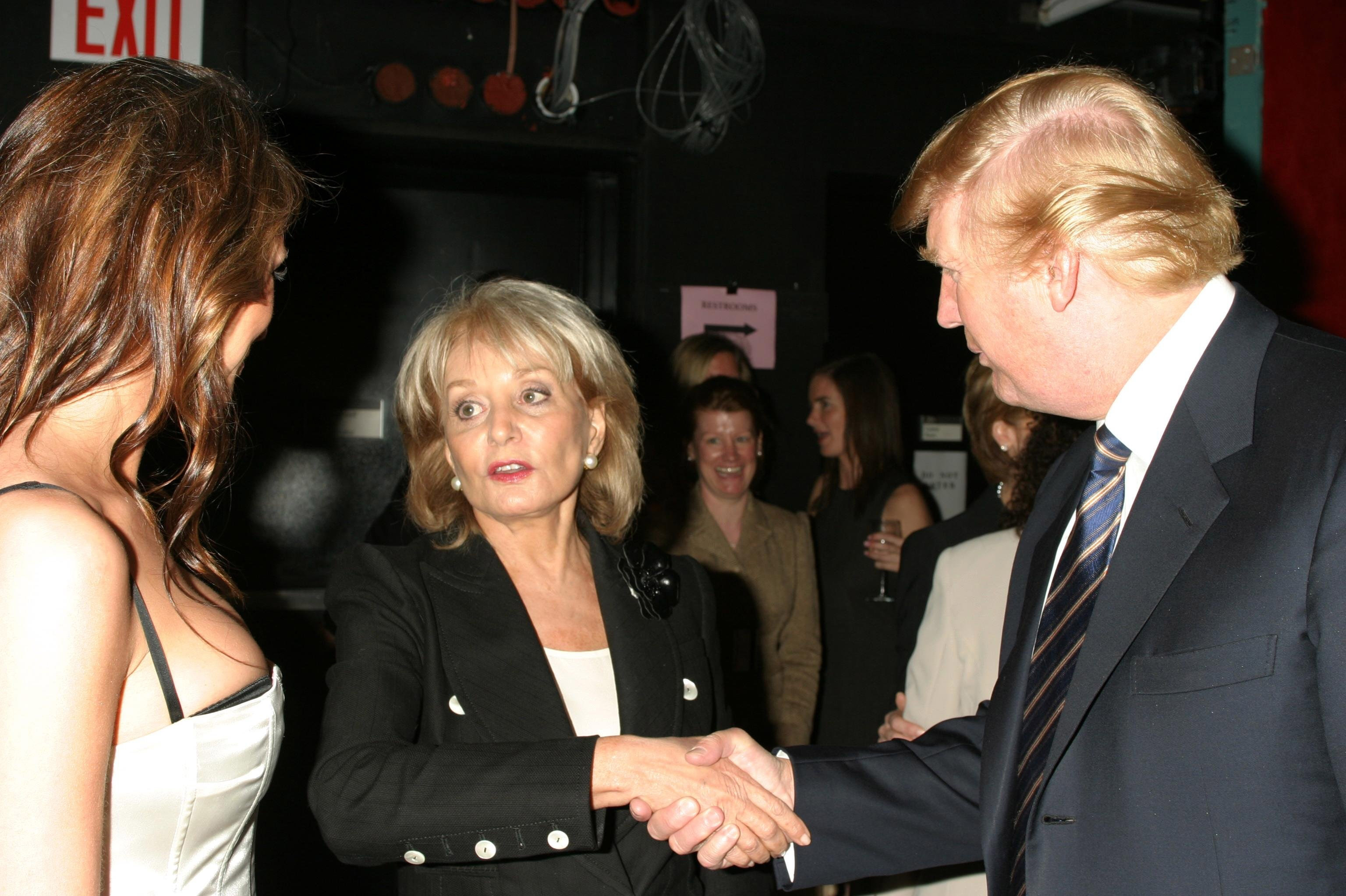 The death of groundbreaking broadcast journalist Barbara Walters has inspired tributes that include the sharing of a brutal 1990 interview with future President Donald Trump.

Walters, the first American woman to work as an evening television news anchor, died at the age of 93 on Friday. Her career in journalism spanned over 60 years and included hosting multiple primetime news shows and specials, as well as hosting the daytime talk show The View, which she also created.

Cindi Berger, Walters’ publicist, said in a statement that she had “passed away peacefully in her home surrounded by loved ones.” Berger added that Walters “lived her life with no regrets,” while praising her as “a trailblazer not only for female journalists, but for all women.”

Tributes to Walters poured in on social media shortly after her death was announced on Friday night. Some were accompanied by the video clip of her tense interview with Trump, which featured Walters challenging the future president on his finances after he offered rhetoric that previewed his now-frequent “fake news” claim.

“I’ve never seen press reporting as I have with regards to me,” Trump said during the interview. “I hope the general public understands how inherently dishonest the press in this country is.”

Walters quickly responded by offering to “try to clear up some of the things” that he claimed were dishonest, going on to say that Trump was on the “verge of bankruptcy” and had been “bailed out by the banks” despite Trump claiming that bankers had told him that he was “stronger than ever.”

“Skating on thin ice and almost drowning, that’s a businessman to be admired?” asked Walters.

“You say on the verge of bankruptcy, Barbara, and you talk on the verge, and you listen to what people are saying,” Trump shot back, before Walters revealed that she had personally spoken to his banker.

Trump continued to argue that his bankers were saying that he had recently made a “great deal.” Walters bluntly responded, “No, they’re not.”

“Barbara Walters knew Donald Trump was a FRAUD,” author Don Winslow commented while sharing the clip to Twitter on Friday.

“Barbara Walters had Donald Trump’s number in 1990,” communications consultant Scott Monty tweeted. “She did her research, backed up her claims and did not back down. Ironic that she died on the same day his tax returns were released.”

“Remembering Barbara Walters: A legendary journalist, Walters took Donald Trump to task years before he became President when he tried to disparage journalists even back then,” tweeted journalist Shakari Briggs while sharing the video. “Her interview skills were top-notch & could’ve been studied as a class.”

“Barbara Walters showed that Trump was a fraud many years ago,” journalist Lana Montalban tweeted. “Why so many refused to see the truth? #RIPBarbaraWalters You will be missed, lady.”

Walters conducted interviews with Trump multiple times during her long career, with the first coming in 1987.

Her last interview with Trump, alongside future first lady Melania Trump in 2015, was far less contentious. It featured questions on how the then-presidential candidate was handling his role as “Grandpa Trump.”

Trump praised Walters as “the great Barbara Walters” while promoting the interview on social media at the time.

Newsweek has reached out to the office of Trump for comment.