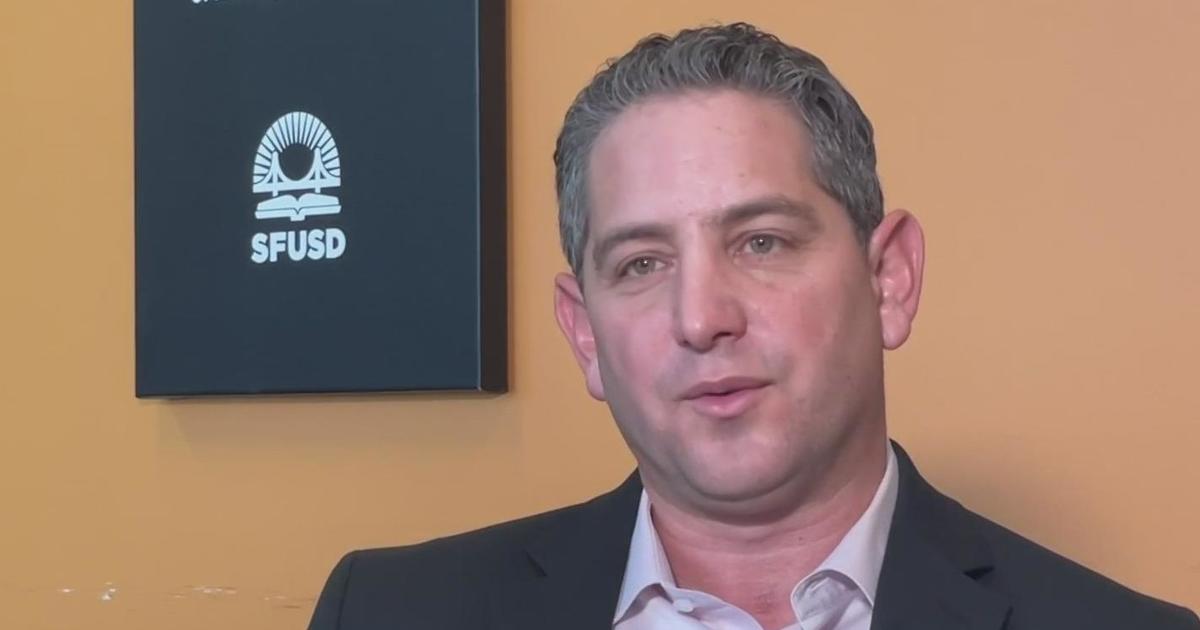 SAN FRANCISCO — Following a challenging few years for the San Francisco Unified School District, new superintendent Matt Wayne is laying out his plan to get the district back on track.

The SFUSD received national attention for the recall of three school board members and has faced withering criticism for focusing on issues like changing school names and creating new holidays, while students struggled through the pandemic.

Parents say they are watching Wayne and the school board’s moves, motives, and measures with vigilance.

“He’s come into a tough situation with a school district that is struggling to even get the basics right,” said parent Siva Raj.

The wake-up call for Raj started in his son’s room nearly two years ago, seeing the haunting effects of prolonged distance learning.

“He lost the desire to learn,” said Raj. “He was borderline depressed, barely eating two meals a day and not getting out of bed most of the time.”

That’s when Raj launched a Facebook group to recall the SFUSD board, raising about a million dollars to mail flyers and collect signatures.

That effort to keep the board accountable to parents continues today with the three newly-appointed members’ seats up for grabs.

“If we don’t manage to elect them this November we run the risk of going all the way back to where we were before the recall happened,” said Raj.

Raj and the SF Guardians as they now call themselves want the board to set priorities that are student-focused like improving math and reading proficiency, balancing the budget, and not interfering with the superintendent’s responsibilities such as hiring and firing certain staff.

“The message we have that’s well received by the community is that the focus is on our goals for student learning and this is where our time, energy, and resources are going to be put,” said Wayne.

The new superintendent has been on a tour listening to students, staff, and parents since starting his new job. Recent scores show only 9% of Black students are grade-level proficient in math.

“Getting the state test scores was difficult to see,” said Wayne. There are bright spots throughout the city and schools that are succeeding but we also see the equity issues we’re facing were only exacerbated.”

The parents’ group believes Wayne is already moving the district in the right direction. Raj says it’s the previous board and superintendent that lacked leadership and didn’t stand up for students.

“Not a single person was willing to put in the energy to get something done,” said Raj.

He’s hopeful, but closely watching what steps come next to make every student’s school day a better one.

“We know we have the opportunity to do that but still have to put the work in to stay focused for months and years before the kids have the future they deserve,” said Raj, adding that both his sons are now excelling in school this year.

As for ongoing teacher payroll issues KPIX 5 has reported on, Wayne says the district is launching a call center to help resolve issues. There’s also a different process in place to cut checks to teachers not getting paid the right amount.

When Kenny Choi jumped into the backseat, he never thought he would be introducing his ride share driver to National Public Radio. The hour-long ride to the airport turned into a conversation that included politics, the economic divide, and the cultural differences between the East Coast and the West Coast.