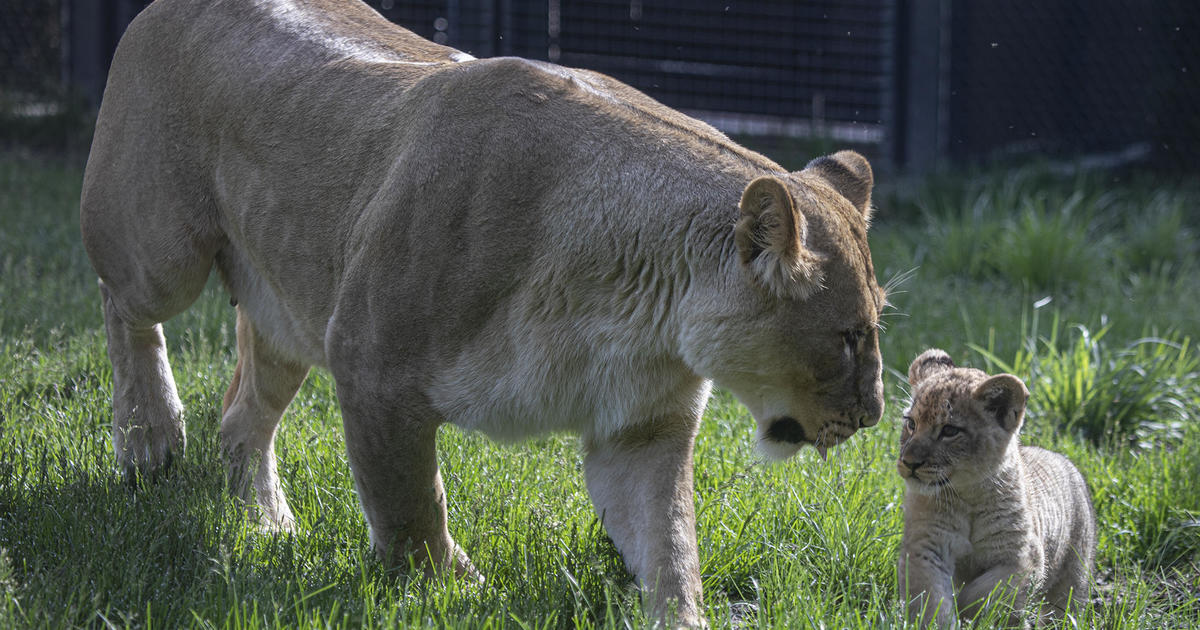 Pilipili, which means ‘pepper’ in Swahili, explored the outdoor habitat along with mom Zari and dad Jabari, while “aunts” Cleo and Hasira remained behind the scenes.

The new cub was born on March 15 and has been bonding behind the scenes with Zari.

Zari and Jabari were recommended to breed as part of the African Lion Species Survival Plan, a collaborative population management among accredited zoos. This is Zari and Jabari’s first offspring.

“Pilipili has continuously surpassed critical milestones and grows more curious of his surroundings each day,” said Curator of Mammals Mike Murray. “This morning, it was exciting to see him explore his outdoor habitat for the first time and see his inquisitive nature in action. As he grows bigger and stronger, he’ll have the chance to explore all of the unique features his habitat offers, such as climbing trees for vertical complexity and thermal zones for cooling and heating.”

Lincoln Park Zoo members had the opportunity to be among the first to catch a glimpse of the cub during a member-only preview Saturday morning. Members of the public can also have after-hours opportunities for cub viewing during the zoo’s new limited-capacity Family Nights at Lincoln Park Zoo, which take place Tuesday evenings from May 31 through June 28.

The cub will have regular access to the exhibit beginning May 28. The lion pride, including the cub, will be visible intermittently as they have the choice to spend time behind the scenes or in hidden areas of their habitat, according to zoo staff.

The zoo is a long-time partner with the KopeLion Project based in the Ngorongoro Conservation in northern Tanzania, which strives to foster human-lion coexistence.

“The African Lion Species Survival Plan among accredited zoos is important to this vulnerable species, with lion populations having declined for the past 100 years,” Murray said. “A journey through Pepper Family Wildlife Center tells the story of coexistence and the importance of conservation efforts in northern Tanzania. Seeing the cub, in addition to the rest of the pride, up close provides guests with a unique opportunity to connect with this magnificent species.”

Lion gestation lasts 3½ to four months. After birth, African lion young begin nursing within 24 hours, and they open their eyes within a few days. The females of the pride often give birth in close proximity and can help one another care for their cubs.

Cubs are kept in hiding for the first several weeks of their lives and remain dependent on adults until they are 16 months of age. By the age of six months, cubs are weaned. At about one year old, males start to get fuzz around their neck that grows into a long mane.