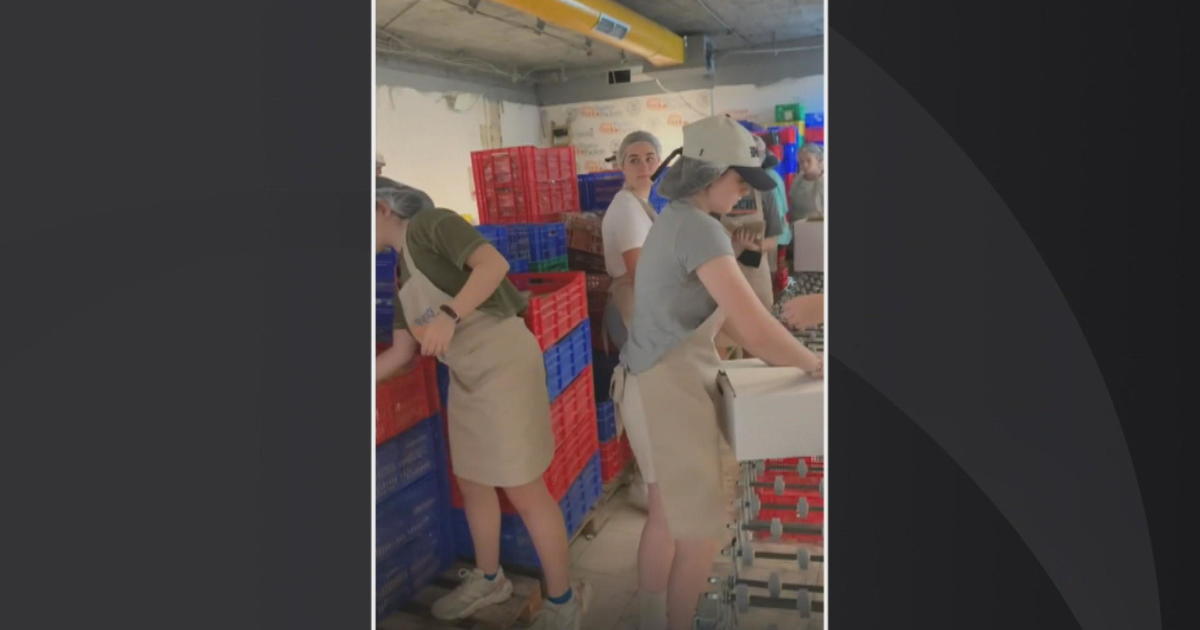 NEEDHAM — As a school kid reading about the Holocaust, Melanie Kelfer of Needham always wondered if she would have the strength to step forward in a desperate situation and do the right thing. When the war erupted in Ukraine, she knew that time had come.

Kelfer is the driving force behind Operation Mordechai, an organization that has hands on the ground in Israel to help resettle Ukrainian Jews who have arrived with next to nothing — some of them are pregnant women whose husbands are still fighting in their homeland.

“So we’ve been buying baby strollers and diapers, blankets, anything at all just to support these mothers who are about give birth and are alone,” Kelfer told WBZ-TV.

Operation Mordechai is named after Kelfer’s grandfather who fled Russia in 1910 amid religious persecution.

“If it were not for the kindness and generosity of others, my grandfather would never have made it to resettle in Chelsea, Massachusetts,” she said.

Since the Russian invasion of Ukraine, Operation Mordechai has raised several hundred thousand dollars and used it to shepherd Ukrainian Jews through border countries to Israel

The charity has also sent tons of medical supplies and food directly into Ukraine but its real mission though has become helping women refugees get back on their feet in Israel.

“You’re saving a lot of people and because there are people like you this world is getting brighter,” said Leah, a woman who is being helped in Israel.

Kelfer recently flew to Israel with a plane full of supplies. She made contacts and learned how to help even more effectively.

A return trip is in the works as she looks to recruit more donors to her mission.

“I believe that everyone has the power to make a difference and we’re asking for everyone to be that power of one,” Kelfer said.

Operation Mordechai is a registered 501c3 non-profit, meaning 100% of the money donated will go to refugees.

Ken MacLeod is a general assignment reporter and anchor at WBZ-TV News.