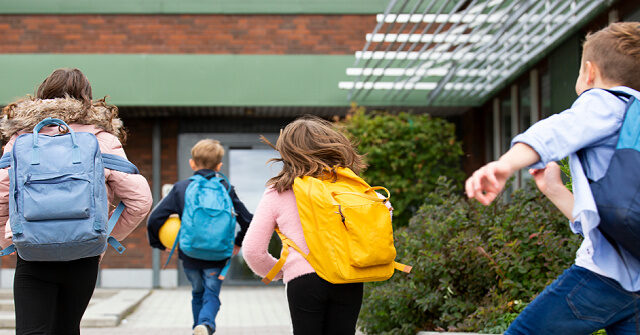 The NCAEYC’s website hosts a documentary, titled “Reflecting on Anti-bias Education in Action: The Early Years,” which features a scene where four- and five-year-old children receive a lesson on “gender identity” from a “non-binary” teacher.

Jordan Chamberlain of the Washington Free Beacon tweeted out the clip, noting, “This was shown to daycare owners in NC” and saying, “A teacher used a doll to teach gender identity to 4-5 year olds.”

This was shown to daycare owners in NC.

A teacher used a doll to teach gender identity to 4-5 year olds.

When a child brings up “non-binary,” the teachers say it’s “a huge testament to how much we’ve been talking about it in the classroom” & “it’s constantly in conversation” pic.twitter.com/ufpRTwkXO1

During the video, the teacher speaks to a doll named “Nash” as part of a lesson to the kids. The teacher says, “A friend likes to ask the question, ‘Are you a boy or a girl?’” before stating that Nash is “just a kid.”

One child in the class interjects “but kids can be boys or girls” prompting another to respond “or maybe non-binary.” The teacher goes on to repeatedly refer to the doll with the pronoun “they.”

One issue from NAEYC’s publication “Young Children” lays out the organization’s perspective on gender theory. It reads, “We believe it is never too early to positively support young children’s gender exploration.”

Meanwhile, one 2021 study found that a full 9 percent of students in urban schools identify as transgender or non-binary.

In addition, a report from Breitbart News revealed that students at the Phillips Academy, Andover, one of the most prestigious schools in America, also frequently identified with the term “non-binary.”

Spencer Lindquist is a reporter for Breitbart News. Follow him on Twitter @SpencerLndqst and reach out at [email protected]