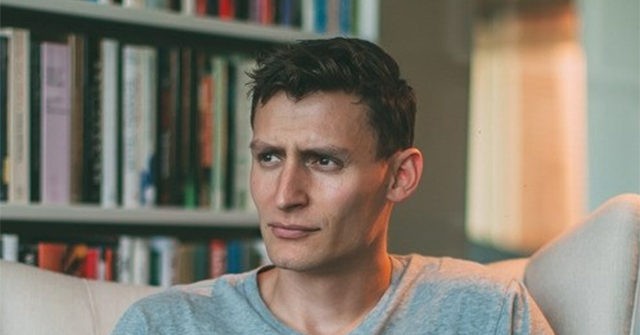 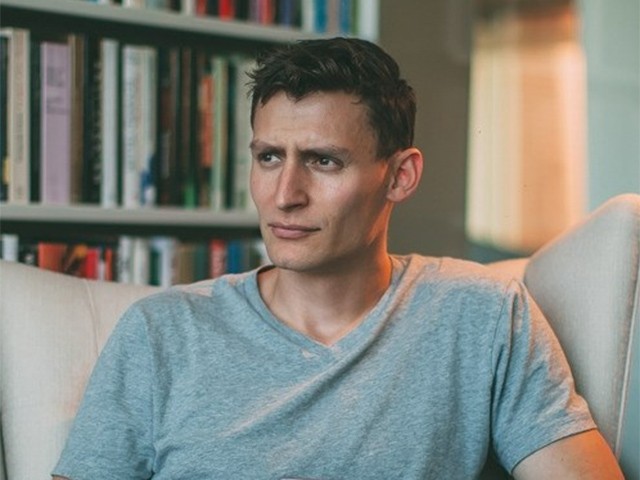 An NBC correspondent claimed to have “new” footage of Arizona Republican U.S. Senate candidate Blake Masters — which had been viewed at least a thousand times online — talking about the Equal Rights Amendment (ERA) and the “gender pay gap” in a GOP candidates forum.

Appearing on MSNBC’s MTP Daily with Chuck Todd, reporter Vaughn Hillyard claimed that the network had obtained a “new video” on Masters talking about the ERA in February, further saying, “this is the first time we are airing this, anybody is hearing this.” While the clip appears to be the first time MSNBC had aired it, it was not the first time anyone had heard it.

Masters: “Women are not paid less in America than men. It’s a left-wing narrative, this gender pay gap.” pic.twitter.com/uovx7QKU1m

The footage, which was framed as a damning bombshell by NBC, was from an Arizona Republican U.S. Senate candidate forum moderated by conservative radio host Hugh Hewitt on February 5, 2022, and was later uploaded onto YouTube two days later by the Center for Arizona Policy channel. The video had already garnered over 1,000 views at the time of publication.

Masters responded to Hillyard’s report on Twitter, saying, “MSNBC joins the gaggle of media outlets attacking me — except everyone knows I am right here and this clip makes me look good lol.”

In a statement provided to Breitbart News regarding the media’s attacks on Masters, campaign manager Amalia Halikias stated, “There’s a reason these journalists are pulling out all the stops and melting down over everything Blake Masters says: they know he’s smart, they know he’s serious, and they know he’s going to wipe the floor with [Sen. Mark] Kelly in November.”

This is not the first time Masters’ words were twisted by the media this month, as the Arizona Mirror published an article stating in a headline that the Republican candidate wanted “to allow states to ban contraception use.” This was in reference to the Masters’ campaign website stating that he would only vote for federal judges “who understand that Roe and Griswold and Casey were wrongly decided, and that there is no constitutional right to abortion.” The website’s referral to Griswold is in regards to the U.S. Supreme Court 1965 case Griswold v. Connecticut, which ruled that U.S. couples could use contraceptives without government interference.

In an appearance on Tucker Carlson Tonight on Wednesday, Masters stated that it was “such fake news” that he wanted to ban contraceptives and later said that “obviously contraceptives should be legal.” Masters explained his reasoning for referencing Griswold was that it “laid the groundwork for the truly heinous decision in Roe. v Wade.” The referral to Griswold has since been removed from the campaign website.

It’s clear who the Democrats fear most in Arizona — they’re spewing fake news about me because they know I’m the guy who can beat Mark Kelly. pic.twitter.com/Z5KutIfX9a

In an April Trafalgar poll for the Republican primary for Arizona’s U.S Senate seat, Masters is polling in third place at 19.4 percent, trailing behind businessman Jim Lamon at 24.8 percent and Arizona Attorney General Mark Brnovich at 23.9 percent, while 20.6 percent of voters remain undecided.

Despite trailing behind, Masters is potentially in a well-adjusted position to land the endorsement of former President Donald Trump, as he is the only Republican in the primary race to have visited the former president’s Florida residence at Mar-a-Lago. Trump also recently telephoned into a Masters campaign event on April 30 to criticize Attorney General Mark Brnovich, whom the former president has previously criticized for not doing enough to look into fraudulent ballots in the 2020 presidential election.

Masters is backed by billionaire and PayPal co-founder Peter Thiel, who both co-authored the book Zero to One: Notes on Startups, or How to Build the Future. Thiel also backed Ohio Republican Senate nominee J.D. Vance, who, like Masters, was trailing at one point in the polls but later came from behind to win the nomination. Masters is also endorsed by Sen. Josh Hawley (R-MO), who endorsed Vance as well.

The Arizona Republican U.S. Senate primary is set to take place on August 2.