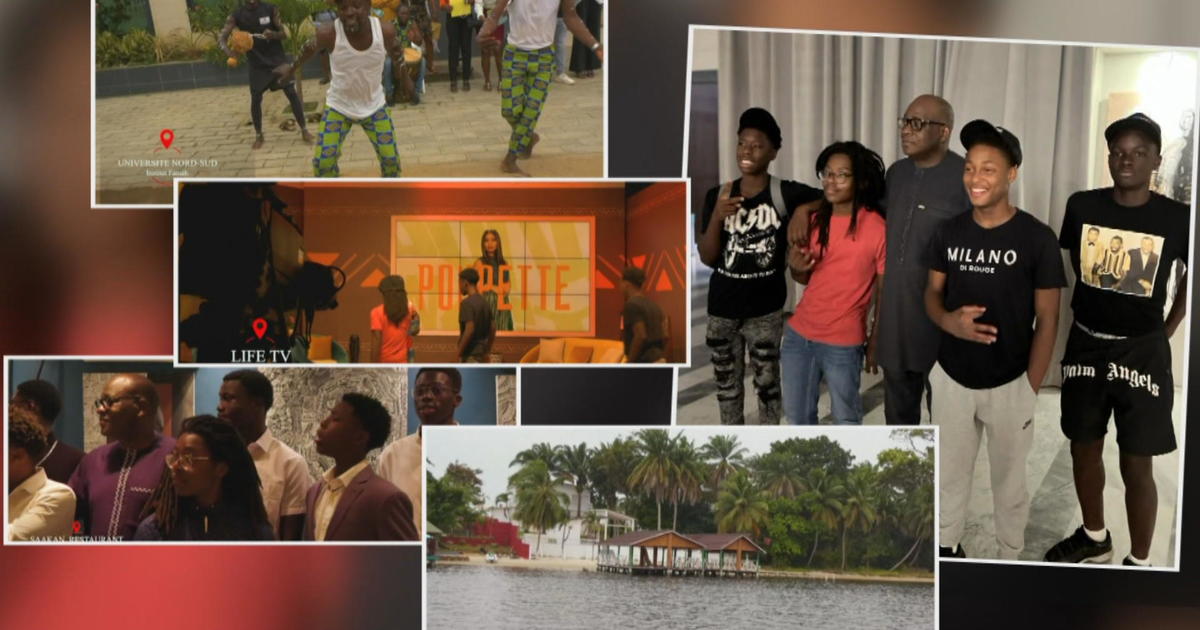 PHILADELPHIA (CBS) — It’s amazing what can happen when young people get to see the world beyond their neighborhoods. One group of kids expanded their horizons with the help of an NBA standout.

“I think the plane ride was 15 hours,” Yazeem Green said. “There was a bunch of people waiting for us and they were screaming our names. I felt like a celebrity.”

“My favorite part was the jetskis,” Oreace Torrence said.

“I never go in the water but in Côte d’Ivoire, I did,” Jibril Span said.

Four kids from South Philadelphia got on a plane for the first time and changed their lives forever.

Yazeem Darby Green, Samaj West, Jibril Muhammad Span and Oreace Torrance took a week-long trip to Ivory Coast this summer, leaving the confines of the only city they’ve ever known.

“I was scared, I was nervous,” Ashley Sims, Semaj’s mother, said. “I was worried, I was happy, I was overjoyed.”

“At 14 years old to be able to go to a different continent,” John Span, Jibril’s father, said, “I’m still in awe.”

The boys made the journey overseas through the Courtyard Mentor Network, which helps support adolescent males in Queen Village. The trip was sponsored by the KB Foundation as well as Orlando Magic center Mo Bamba.

Bamba, whose roots are in the Ivory Coast, played hoops locally at Westtown School in Chester County.

“It made me feel great. It made me feel something I had done had a direct impact on someone else’s life,” Bamba said. “Through these kids, the whole entire neighborhood is gaining knowledge of what the world looks like.”

“When you take youth and expose them to something new and they come back to a situation where most youth around them haven’t seen it, they defacto become leaders, right?” Justin Fishman, vice president of programming for the KB Foundation, said.

While abroad, the group immersed themselves in the culture.

They traveled to the U.S. embassy, were featured on local TV and played hoops at the Olympic basketball village with their Ivorian counterparts.

“My favorite part had to be dinner with the ambassador and talking basketball with him,” Semaj said.

“It was fun and no one was judgmental,” Yazeem said. “They were all just trying to lift each other up.”

All admit it was a life-changing trip — and not only for the boys but for the support group and neighborhood that surrounds them.

“As we started connecting with other people and stuff more opportunities and stuff opened,” Yazeem said.

“It’s important because it saves lives,” Ashley Sims said, “keeping them occupied with positive energy is the best thing for young boys in a community like this.”

“They’re leaders, they’re ambassadors. They have a strong title to live up to,” Inez Green Hatcher said.