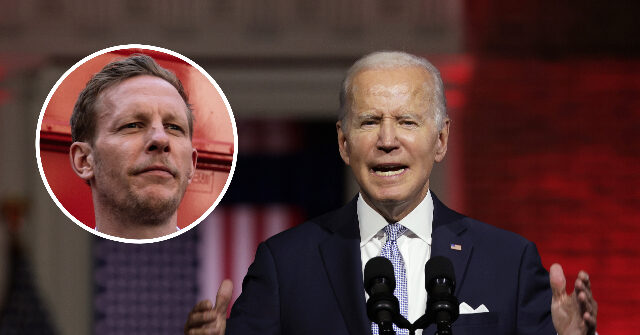 Actor Laurence Fox, who plays Hunter Biden in the upcoming movie My Son Hunter, said he was stunned by President Joe Biden’s now-infamous speech last week in front of Independence Hall in Philadelphia, saying the president’s rhetoric was both “dangerous and divisive.”

On Monday, Laurence Fox tweeted that he finally watched Biden’s speech  in which the president described supporters of former President Donald Trump and his MAGA agenda as a “threat to this country.”

“I just got round to watching the whole of @JoeBiden’s speech and was flabbergasted by the dangerous and divisive rhetoric employed,” the British actor wrote.

I just got round to watching the whole of @JoeBiden‘s speech and was flabbergasted by the dangerous and divisive rhetoric employed. On a side note, i also noticed how prescient @juliette_fogra who designed this beautiful poster for @MySonHunter was in her thinking. September 7. pic.twitter.com/2NAE7Edc5R

In his speech, Biden attacked Trump supporters, to whom he gave the menacing moniker “MAGA forces.”

“[T]here is no question that the Republican Party today is dominated, driven, and intimidated by Donald Trump and the MAGA Republicans, and that is a threat to this country,” Biden said, claiming that Trump supporters don’t care about the Constitution or rule of law.

Biden also claimed that “MAGA forces are determined to take this country backwards.”

My Son Hunter, which is available now for pre-order and will be available for streaming and download September 7, dramatizes the salacious personal life of Hunter Biden (Laurence Fox) and his many business deals with foreign powers. It also delves into Hunter’s laptop from hell and how Joe Biden (John James) was connected to his son’s labyrinth of shady deals. 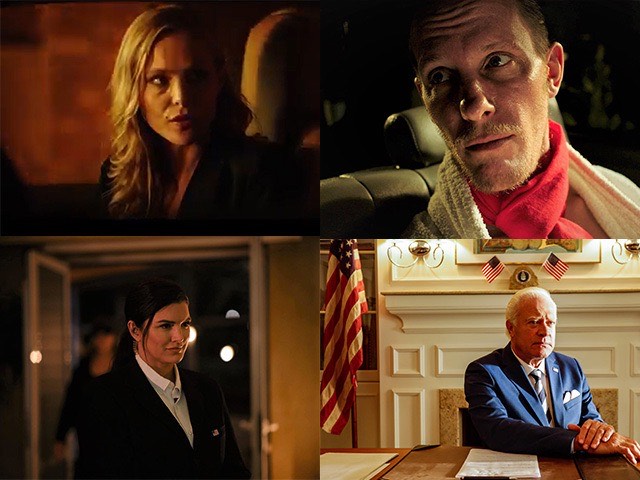 Directed by Robert Davi — the actor best known for License to Kill, The Goonies, and Die Hard — the movie doesn’t shy away from depicting Hunter’s addictions to drugs and sex.

You can PRE-ORDER your copy of My Son Hunter RIGHT NOW at MySonHunter.com.