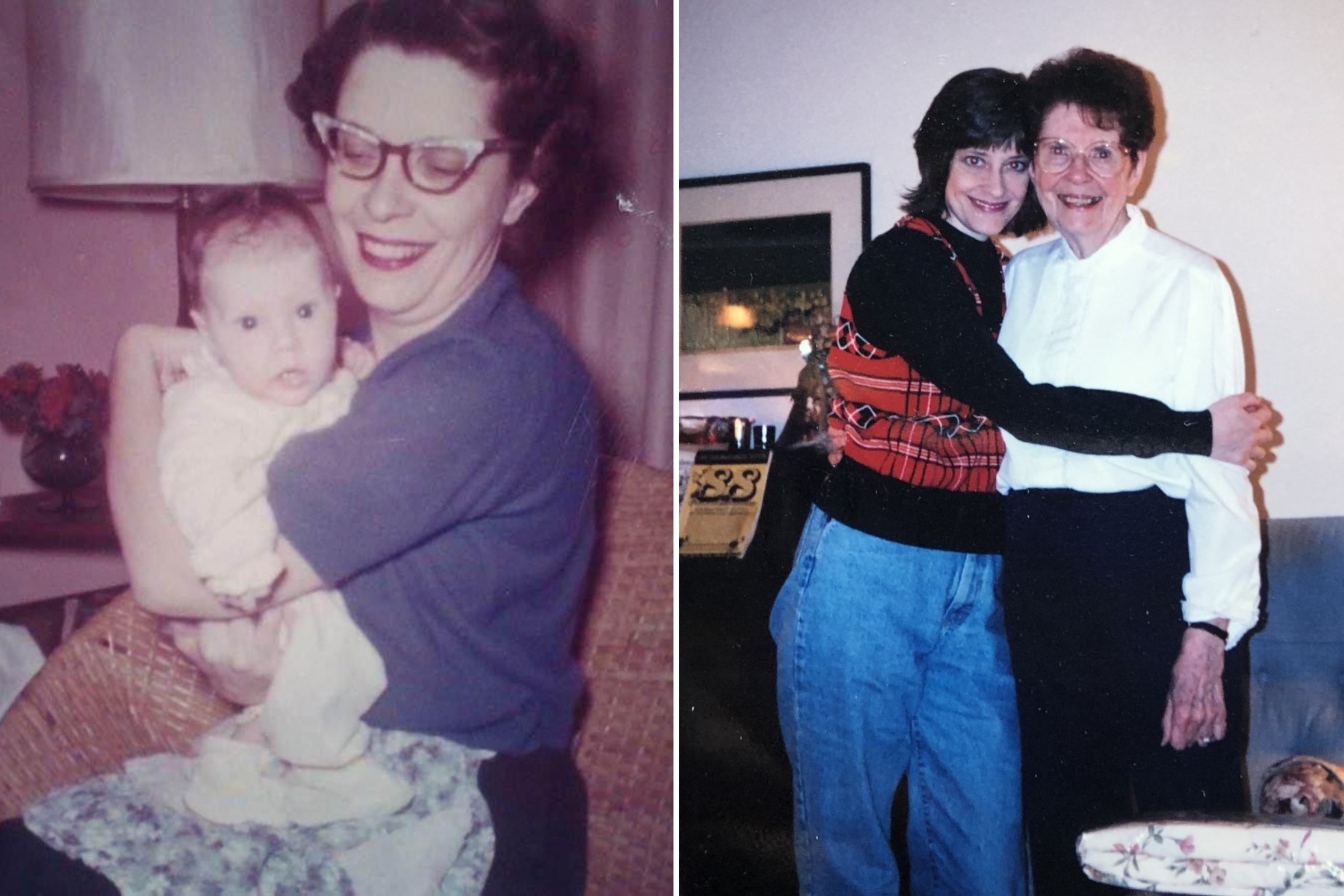 It seems like the majority of my friends are dealing with aging parents and how to care for them while still holding down full time jobs and trying to plan for their own retirement. As they try to provide support and keep their parents in their home, they’re not quite sure where to turn for help and filled with emotions ranging from sadness to anger at having to swap the roles of parent and child.

I know. I’ve been there. When I was 38, life for me changed in an instant when my phone rang one Saturday morning. It was my father and he was inconsolable. My mother had suffered a devastating brain aneurysm and was being rushed to the hospital. My 77-year-old, sharp as a tack, incredibly active and ebullient mother was critically ill. I was stunned.

I rushed to the hospital and even got pulled over for speeding on the way. I’d watched enough medical shows to know this was serious and that not many people survive an artery bursting in the brain. But by the grace of God, she did pull through and after surgery, it became apparent fast that her recovery would be very long and uncertain, which is where I come in.

When she woke up from surgery, she couldn’t walk or even remember the names of her six children. She suffered from expressive aphasia, which is the inability to find the right words. She couldn’t remember what month it was and was floppy like a rag doll. She had to be fed and was totally dependent on the nurses for her care.

After the shock wore off and it had sunk in just what we were facing, somebody in the family had to step up and it was me. I had no husband or children and although I had four brothers and a sister, none of them were either capable or in a position to be a caregiver.

So, I gave notice on the apartment I lived in about 45 minutes from my parents’ house and while my mother was transferred to a rehabilitation facility, I moved back to my hometown and stayed with my father. There wasn’t even time to think about it or discuss it with the family. Mom was sick and she needed help.

It was as if I could see the color of my world changing to black and white. My parents had both been the rocks of our family. But now, my mother could barely communicate and my father who was recovering from his own health scare of a pulmonary embolism a month earlier; he was frail and barely able to care for himself.

After two months, my mother eventually recovered enough that she was able to come home but was still unable to live independently. Her balance was poor and her gait was awkward. Her word choices were funky and cognitively her memory was hit and miss.

But with my father there, I was able to find a job that provided me with a lot of flexibility so I could still take her to doctors’ appointments and to the grocery store. And I even found a place of my own literally down the street from them.

So, for the next year, we settled into a new routine and got used to our new normal. When I wasn’t selling advertising for the local newspaper, I was shuttling my mother to physical therapy and doctor appointments, cooking meals, doing the laundry and anything else that needed to be done.

But when my father died suddenly, the color that had barely returned was immediately blanched, and I had to move in with my mother. I gave notice on my rental—again—and sold everything except my clothes. My mother, my dog and I would live together for the next 13 years.

My mother’s aneurysm was devastating to me. I think it’s the worst thing that will ever happen in my life. I felt a sense of grief for many years after it happened because not only did it render her disabled, but it also changed her personality. Before, she was outgoing with a sense of humor. Afterwards, she was flat with little affect. Although some of her personality did return, she was never the same.

Trying to give her the life she would’ve had if she hadn’t gotten sick became a fixation. She hated staying home alone so I took her with me everywhere. We went out to dinner. We’d go to Portland or the coast. I’d take her grocery shopping and to the mall. She could get around as long as she had a cane and me to hold on to. It got to the point that it felt odd when I’d go somewhere by myself. It felt like my Siamese twin had been amputated.

For the next decade, we were inseparable. Except for an occasional movie with a friend or get together for a cocktail, my social life was nonexistent. I didn’t even date or travel.

People would constantly tell me what a good daughter I was and that they could never have moved in with their mother and taken care of her. I’d smile and say thank you, but on the inside I was beginning to feel suffocated and just wanted out. I was tired of living with her. I wanted my own space. I wanted to go places by myself and not worry all the time if she had fallen. And I wanted a boyfriend. I wanted a life of my own.

Then one Christmas Eve, she became so weak she couldn’t even get out of bed. I had to call 911. She had pneumonia and it would prove to be the beginning of the end not just for her, but also for me in a way.

She ended up spending a week in the hospital and then went back to the same rehabilitation facility where she’d spent all those months after the aneurysm. The same institutional environment and crappy food. And the same smell of urine and death.

When she eventually came home two months later, my time as a real caregiver had finally come. She couldn’t walk anymore and needed assistance 24/7. I hired someone to help during the day while I was at work, but the rest of the time, it fell on me to do everything. And I mean everything. I took her to the bathroom, I bathed her, I brushed her teeth, I cooked her meals and I undressed her at night and put her to bed. The certified nursing assistants at the rehab facility taught me how to change her briefs and give her a bed pan in the middle of the night.

I was exhausted and sleep deprived. I could finally relate to when my girlfriends were younger and had to get up in the middle of the night with their infants.

I was burned out. I couldn’t do it anymore. My patience had gone right out the window and I had turned into a b****. I’d spend most of my time outside of work in my room, just laying there trying to rest my brain while my mother sat there alone watching TV.

I was drowning in guilt, but I needed to practice self care and preserve what little sanity I had left. I finally hired someone who came on the weekends to get my mother out of bed and dressed along with fixing her breakfast so I could sleep in.

Soon, 18 months had passed since her bout with pneumonia. At the end, she started sleeping more and more and the doctor finally ordered a hospital bed and hospice.

My siblings had all come to say their goodbyes the weekend before she died. On her last night in April 2013, it was just me and the dog. It seemed appropriate because for a long time, it had been just the three of us. I sat with her throughout the night and gave her some morphine between her cheek and gums to make her more comfortable. Her breathing became more labored along with the sound of the “death rattle.” I called the caregiver at 7.00 a.m. to come over so I could grab a quick nap. I wasn’t out of the room for five minutes when she died. I think she held out because she didn’t want me to be alone when she finally left.

I sat with her and held her hand. She looked like she was just sleeping. I kissed her goodbye and left the room while the mortuary attendants came to retrieve her body.
I thought that when she died, I would feel a sense of relief. But I didn’t. I just felt exhausted and numb. My mother was dead. I couldn’t really process what happened.

The next few weeks were spent dealing with the business of death. A funeral was planned. The eulogy was written. Food was ordered. Paperwork was filled out. Death certificates were issued. The family gathered one last time to hear my oldest brother read my mother’s will and discussed how the liquidation of her estate would be handled.

I felt resentment building towards my siblings. I wanted to tell them what exactly I’d been doing for the last 14 years. I wanted them to understand how I’d given up my life, not just for our mother, but also for them so they could continue to live their lives. I wanted to scream that, as far as I was concerned, the only reason there was any money to divide was because of my huge sacrifice.

The next few months were filled with organizing her belongings, conducting an estate sale and selling her house. That’s when the grief kicked in. I thought maybe I’d successfully avoided it by being so busy. Not a chance. I felt like I was flailing and desperately trying to grab on to something to tether myself. I felt lost and alone. My mother had been my constant companion for 14 years and now it was just me. What was

I supposed to do now? How was I supposed to jumpstart my life? It’s been eight years and I’m still figuring it out. I’m 61 now and the grief I felt for my mother is still there along with a sense of panic that I’m running out of time to accomplish whatever it is I want to accomplish. But I never look back with regret. I would do it all over again if I had to.

My mother was an incredible woman. She was a wife and a mother. She was a teacher and an activist. And she was the greatest love of my life.

Stephanie Baker grew up in McMinnville, Oregon and graduated from Linfield University with a bachelor’s degree in Mass Communication.

All views expressed in this article are the author’s own