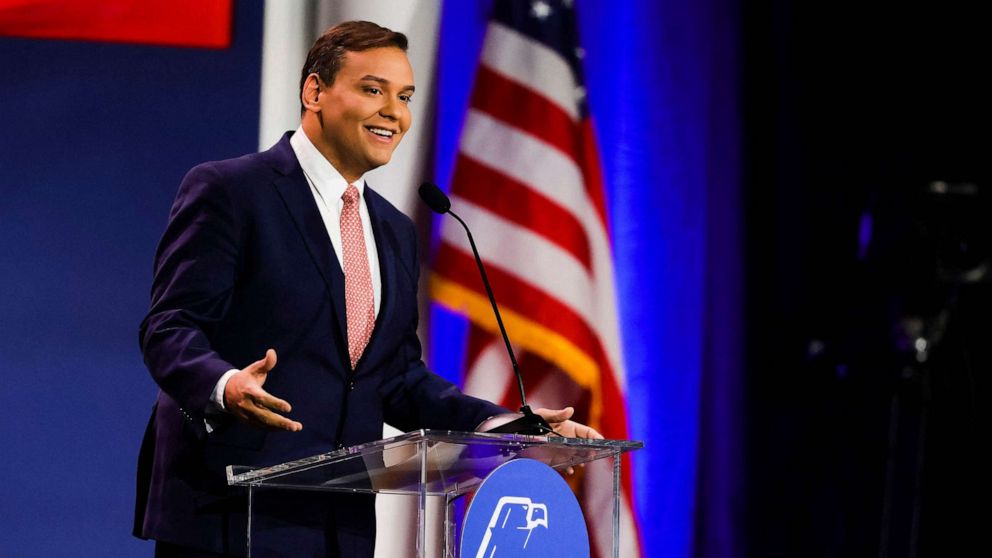 More discrepancies are emerging about New York Rep.-elect George Santos’ background, adding to a growing list of fabrications and exaggerations that the incoming congressman has told about his life — some of which have drawn the attention of prosecutors.

In addition to having falsely said he attended Baruch College, which he has since admitted, another part of his education has now been challenged.

On an archived version of his 2020 congressional website, Santos said he went to the elite private school Horace Mann in New York City but did not graduate due to financial difficulties for his family. He said he went on to obtain his GED.

But a spokesperson for the school on Thursday confirmed to ABC News — and other outlets — that he never attended Horace Mann.

An attorney for Santos, Joseph Murray, initially pushed back on scrutiny of his background as “defamatory,” claiming it was a biased smear. Murray has since referred ABC News to Santos’ press team, who has not responded to requests for comment.

Another apparent contradiction in Santos’ biography surrounds the death of his mother, Fatima Devolder.

In an archived version of his campaign website, he said that his mother worked in the South Tower of the World Trade Center and survived the terror attack but died “a few years later.”

Today, his website states that his mother died from cancer but does not disclose if it was related to 9/11 and being exposed to Ground Zero.

Santos has seemingly revised the timeline of his mother’s death as well. In a tweet from December 2021, he wrote that the date marked the five-year anniversary of his mom dying — which would have been 2016 — despite previously saying her death was a “few years” after 9/11.

Santos has admitted to fabricating some parts of his background, including his education and employment history, and also exaggerating his Jewish ancestry. But he’s insisted in interviews that he’s “not a criminal,” suggesting he was guilty merely of “embellishing.”

“I think humans are flawed, and we all make mistakes,” Santos said during an interview with Fox News on Tuesday. “I think we can all look at ourselves in the mirror and admit that once in our life we made a mistake. I’m having to admit this on national television for the whole country to see.”

But Santos seemed to backtrack on some of his admissions of actual falsehoods on his resume during the Fox News interview, saying that his claim that he worked for Goldman Sachs and Citigroup is “debatable” as Link Bridge, a firm he served as vice president for, did “extensive” business with the two Wall Street giants.

Both Goldman and Citigroup have said they have no record he was employed there.

Santos, a Republican, has said he intends to take his House seat despite the controversy and “be effective” as a lawmaker, as he told The New York Post this week.

He has been facing a growing chorus of criticism from Democrats and some fellow Republicans, including calls that he resign and be investigated by the House Ethics Committee.

Local, state and federal prosecutors are also looking at some of the claims regarding Santos’ background, including his financial disclosures, ABC News reported. He has not been accused of any crimes.

Santos has allegedly been telling local Republican leaders he will not seek reelection in 2024, according to the Nassau County Republican chairman.

In response to that information, Nassau County Republican Committee Chairman Joseph Cairo said, “I don’t know what party would endorse him as a candidate. This Republican committee will not support George Santos in 2024.”

In Nassau County, in the district where Santos was elected last month, Courage for America and Unrig our Economy on Thursday held a press conference at the courthouse along with community leaders demanding Congress open an investigation.

Linda Beigel Schulman, who said she lived on Long Island her entire life, went after Santos for his false and unsubstantiated statements, such as previously saying in a news interview that he lost employees in the Pulse nightclub shooting in Florida. The New York Times reported that it could find no links between the identified Pulse victims and businesses associated with Santos.

Beigel Schulman’s son, Scott Beigel, was killed in the Marjory Stoneman Douglas shooting; he was a geography teacher at the school.

“How dare he try to score political points or gain sympathy by lying about losing employees?” she said.

“I know all too well and all too deep, the sense of loss and grief about someone you know or someone you love, who was killed by gun violence,” she said.

Beigel Schulman also said she took issue with Santos’ exaggerations about his Jewish ancestry, with an earlier version of his biography saying his maternal grandparents fled persecution during World War II and resettled in Brazil. He has said his mother was Jewish.

But The Forward, a Jewish news outlet, reviewed genealogical information and found that Santos’ maternal grandparents were born in Brazil.

During the New York Post interview, Santos said he’s “clearly Catholic” but maintained that his grandmother told stories about being Jewish and later converting to Catholicism.

“I am Catholic. Because I learned my maternal family had a Jewish background, I said I was ‘Jew-ish,'” Santos said.

Santos’ Democratic rival in the November election, Robert Zimmerman, spoke at the event, too.

“We demand that Congress conduct a House ethics investigation into George Santos,” Zimmerman said. “This moment is not about Democrat or Republican politics. This moment is about protecting our democracy, standing up for justice, and standing together in unity.”