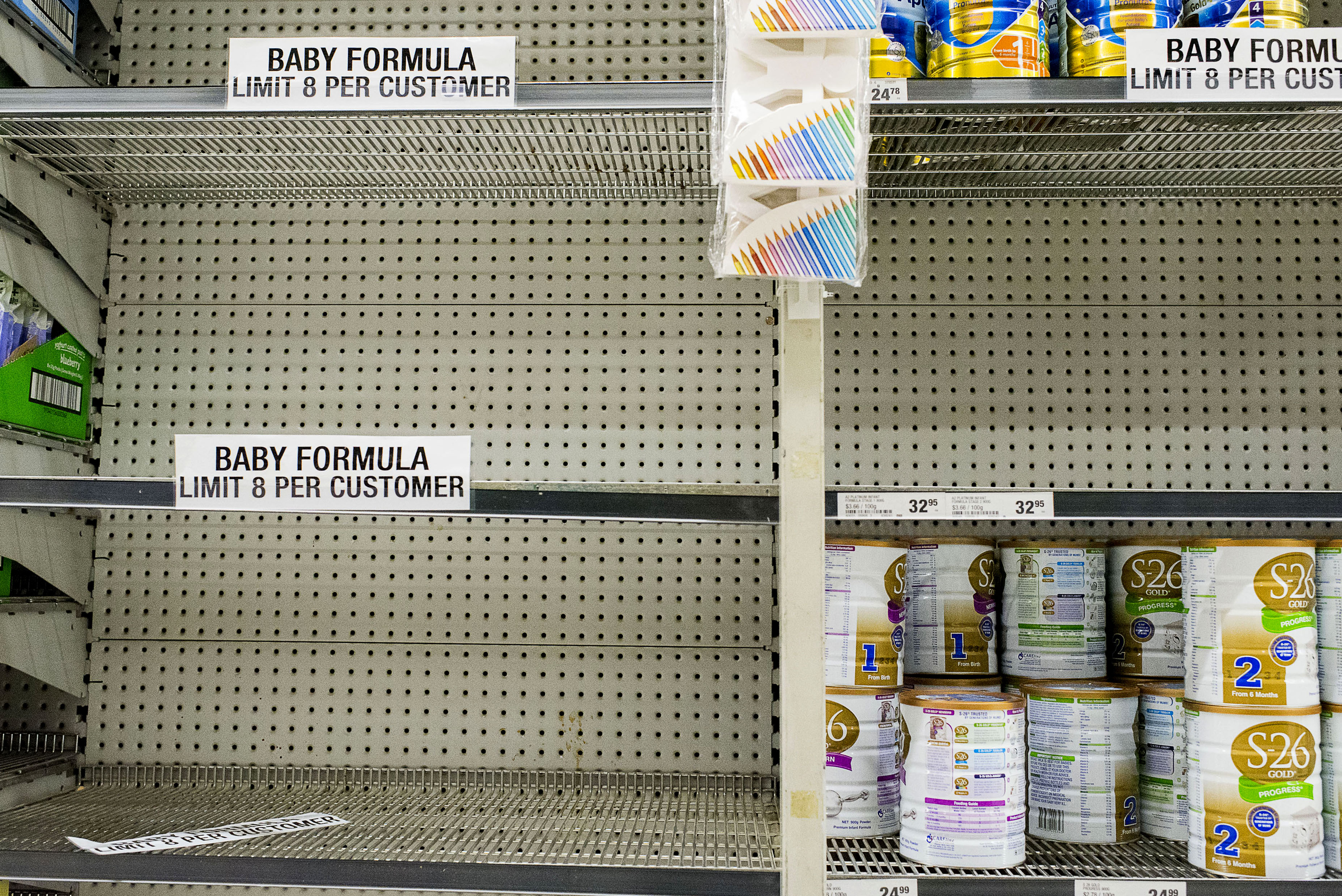 Speaking about the strain put on them by the continuing baby formula shortage, one family said that switching to a new type of formula has caused their daughter health problems.

Zaskiia Colon of El Cajon, California, spoke to CBS 8 about the problems she has faced trying to feed her 6-week-old daughter amid the formula shortage. She said that she, like many parents, has been driving around for hours, scouring the greater San Diego area for formula and often finding bare shelves. She also explained that she will not be able to switch her daughter, whose name she withheld for privacy reasons, to baby food until she is at least 4 months old.

“I was just getting formula right now [prior to the interview],” Colon told CBS 8. “What am I supposed to do, I’m not producing enough milk.”

The situation got so severe for Colon that she attempted to give her daughter a different variety of baby formula than she was used to, swapping in Enfamil Gentlease Infant Formula Powder. This product, she said, touted its ability to relieve stomach issues.

“I tried it because she was having tummy issues,” Colon explained. “This type of formula was supposed to help with gas and tummy issues. It just made it worse.”

Colon expressed further frustration at people who are attempting to financially exploit the formula shortage, buying products in bulk and reselling them online for around triple the price. She has been lucky, however, as family members in other states have been able to mail her formula bought in areas where the shortage has been less severe.

“It’s so unfair, we hardly have any on the shelves, but now people who don’t need it are buying them just to resell them for more money,” Colon vented.

The formula shortage began in late 2021 when it was among the many products impacted by severe global supply chain issues caused by the COVID-19 pandemic. In recent weeks, the issue has escalated in severity following a recall of several products produced by Abbott Nutrition and the shutdown of one of its factories in Michigan. The recalled formulas were linked to the hospitalizations of numerous infants and the deaths of two.

“We know that our recent recall caused additional stress and anxiety in an already challenging situation of a global supply shortage. We are working hard to help moms, dads, and caregivers get the high-quality nutrition they need for their babies,” Abbott said in a statement on the issues.