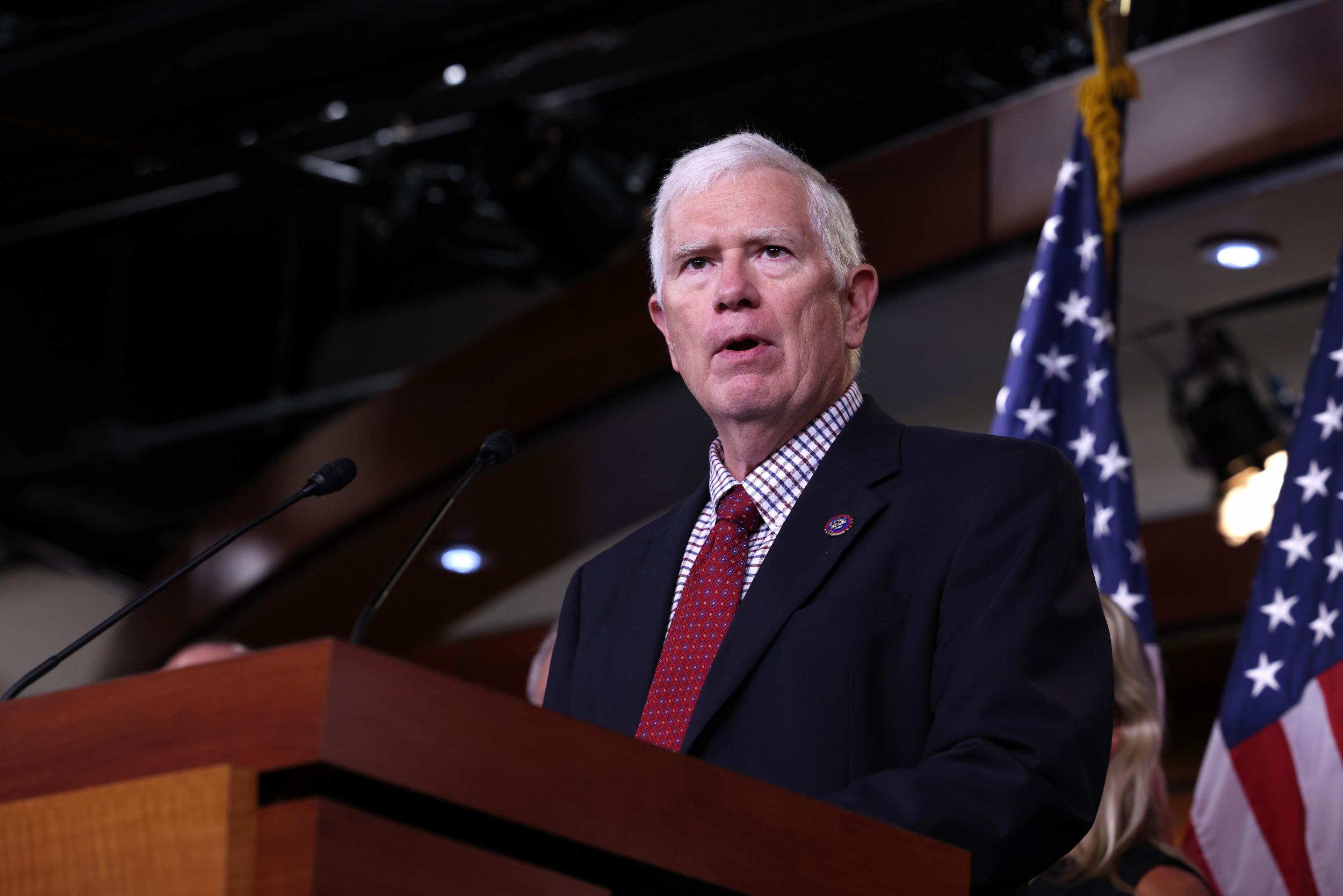 Representative Mo Brooks survived Tuesday’s GOP Senate primary in Alabama and is headed for a runoff despite the $2 million spent by a super PAC affiliated with Senate Minority Leader Mitch McConnell to defeat him.

On April 1, McConnell’s Senate Leadership Fund contributed the money to Alabama’s Future, a super PAC that supported one of Brooks’ two opponents in the primary, Katie Britt, according to Federal Election Commission data. Brooks has been a vocal critic of the Kentucky senator and has called his campaign stops “Fire McConnell” town halls, according to AL.com.

Brooks failed to outright win the election, but a surge in support late in the race gave him enough of a boost with voters to earn him a spot in the runoff election with Britt. Brooks came in second with 28.6 percent of the vote, trailing Britt, who had 45.4 percent at the time the Associated Press called the race.

The Alabama representative’s advancement to the runoff comes after a high-profile split with former President Donald Trump. In April 2021, Trump endorsed Brooks, which resulted in the candidate becoming an early front-runner for the seat that will be vacated by GOP Senator Richard Shelby, who announced he will not seek reelection. But Trump rescinded that endorsement in March 2022, saying Brooks had gone “woke” by not pushing fraudulent claims of massive voter fraud in the 2020 presidential election.

Brooks made comments regarding the 2020 election at an August 2021 rally, which were met by boos from some audience members.

Before Trump took back his endorsement, Brooks had been a staunch ally of the former president. He even helped round up his supporters for the speech Trump made on the Ellipse in Washington, D.C., on January 6, 2021, before the Capitol riot.

Brooks campaign co-chair Stan McDonald provided a statement to Newsweek for a previous story last week about the shift in polling that showed growing support for Brooks. McDonald said that Britt, a former Shelby aide, had “been exposed as a lobbyist supported by Mitch McConnell” and was using the Kentucky senator’s money to run “vicious attacks” on Mike Durant, a businessman who also sought the GOP nomination in Tuesday’s primary.

“But Mo Brooks has just kept making his case to Alabama that he’s the most conservative guy in the race, and voters seem to have responded,” McDonald said in the statement.

In March, Brooks’ campaign team emailed a statement to Newsweek that addressed both Trump and McConnell.

“It’s disappointing that, just like in 2017, President Trump lets Mitch McConnell manipulate him again,” the statement read. “Every single negative TV ad against our campaign has come from McConnell and his allies. I wish President Trump wouldn’t fall for McConnell’s ploys, but, once again, he has.”