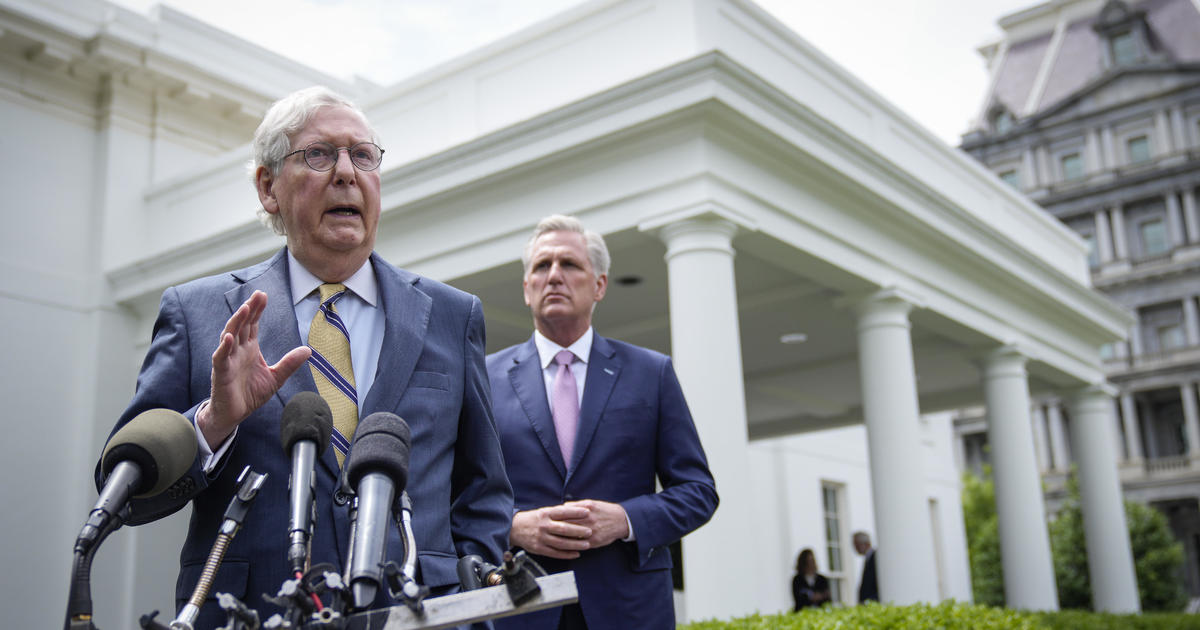 Senate Minority Leader Mitch McConnell said Tuesday that any “solution” to the debt ceiling will have to come from both fellow Republican House Speaker Kevin McCarthy and President Joe Biden.

McConnell made that comment to reporters Tuesday as Treasury Secretary Janet Yellen warns the federal government has hit the debt limit and only has a few months before a potentially dangerous default. Some House Republicans, including McCarthy, have made it clear they don’t want to increase the debt ceiling without significant spending cuts.

“I can’t imagine any kind of debt ceiling measure that could pass the Senate would also pass the House,” McConnell said. “So even though the debt ceiling could originate in either the House or the Senate, in this current situation, the debt ceiling fix, if there is one or how it’s to be dealt with, will have to come out of the House.”

Republicans have only a slim majority in the House, while Democrats have a narrow majority in the Senate. The Senate would need 60 votes to pass an agreement, while the House only needs a majority.

McConnell negotiated with then-Vice President Joe Biden on the debt ceiling in 2011. Eventually, Congress passed the Budget Control Act, a GOP bill that raised the debt ceiling by $900 billion in return for a reduction in spending of $917 billion.

“So I think it’s entirely reasonable for the new speaker and his team to put spending reduction on the table,” McConnell continued. “I wish him [McCarthy] well in talking to the president. That’s where a solution lies. Again at the risk of repeating myself, I can’t imagine any debt ceiling provision passed out of the Senate with 60 votes could actually pass this particular House. So I think the final solution to this particular episode lies between Speaker McCarthy and the president.”

The White House said the president was looking forward to meeting with McCarthy on a number of issues, including the debt ceiling, and McCarthy tweeted that he accepted an invitation to the White House. But the White House has made it clear that as recently as Tuesday, no meeting date has been set.

Kathryn Watson is a politics reporter for CBS News Digital based in Washington, D.C.