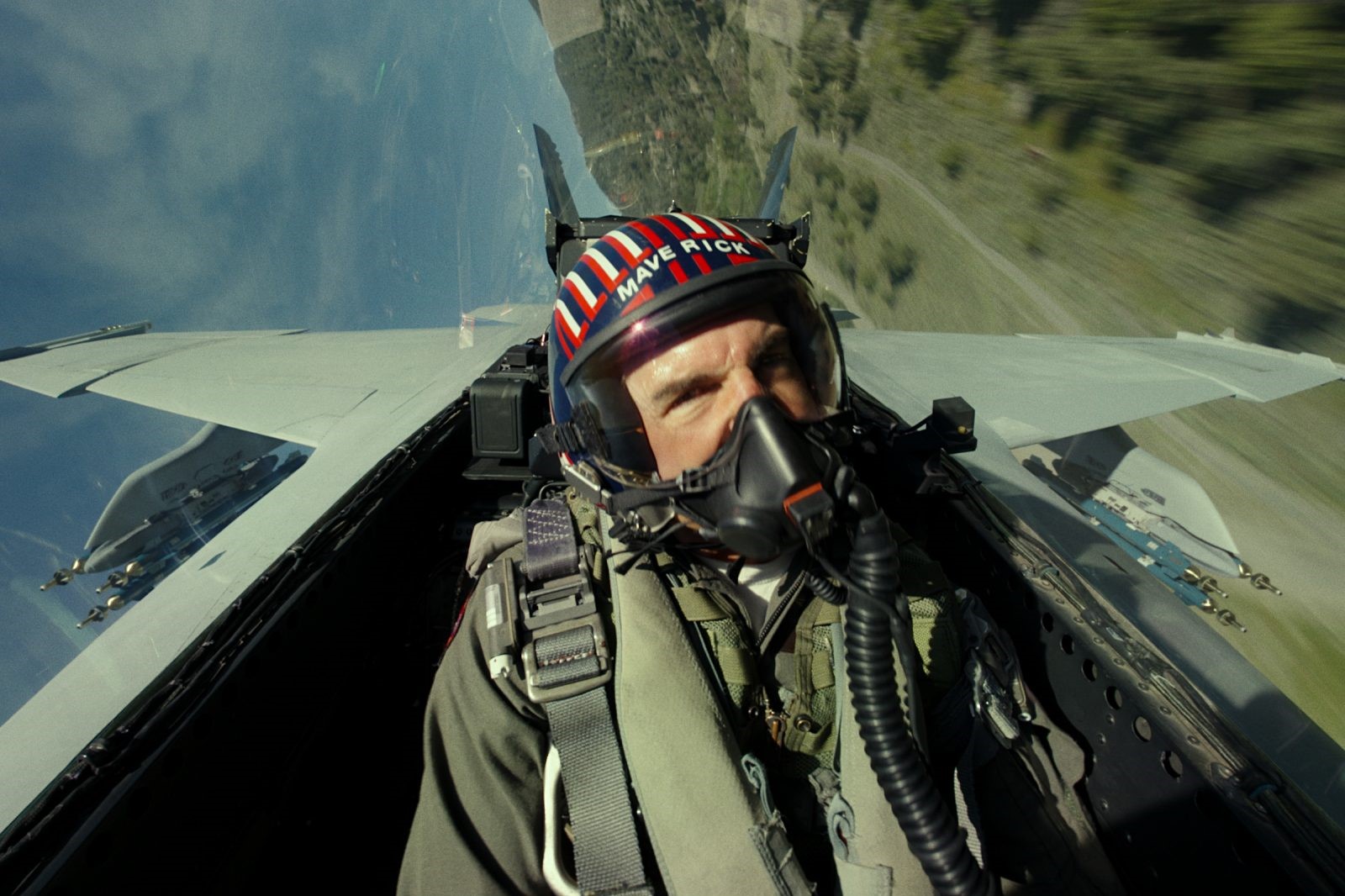 Top Gun: Maverick marks the return of Tom Cruise’s Pete “Maverick” Mitchell, who gets back into an F-18 for one of his most dangerous missions yet.

Cruise is well known for his quest to do all of his own stunts, unconcerned if it will result in a broken bone or two, and the actor has had a pilot’s licence since 1994. And, he even owns the P-51 that is shown in Top Gun: Maverick.

Here is everything you need to know about the flying sequences in the Top Gun sequel, and how much of it was shot in real-life.

Did Tom Cruise And The ‘Top Gun: Maverick’ Cast Really Fly Their Planes?

To quickly answer this question: Yes, Cruise and his co-stars really did fly planes for Top Gun: Maverick. But what is interesting is how much work and thought went into the incredible flying sequences.

To get ready for Top Gun: Maverick, Cruise created a three-month navy approved boot camp training course for himself and his co-stars, director Joseph Kosinski revealed in an interview with IGN.

Kosinski explained to the publication: “I think when you see the film you really feel what it is like to be a TOPGUN pilot, you can’t fake that… we wanted to capture every bit of that and shooting it for real allowed us to do that.”

The cast were filmed from inside the plane, the director shared, and Cruise worked with the navy for 15 months to find the perfect way to add in cameras into the plane without stopping them from using the controls as usual.

In the end, Cruise succeeded and cameras were placed inside and outside the F-18s that the cast fly in the film, and pilots from the real TOPGUN also helped fly planes that were designated to film them in the air.

The actors would have to turn on their cameras themselves, though, and only when they returned from their flight would Kosinski be able to watch the footage back, he explained: “I’d be there on the flight line setting up the cameras but once they pulled away I didn’t know until they got back.”

All of the flying shown in Top Gun: Maverick is real, even the intense steep climb up the side of a mountain face.

Miles Teller, who portrays Lieutenant Bradley “Rooster” Bradshaw, explained how difficult it was for the cast to fly their planes in those scenes, telling IGN: “The mountains are less than 100 ft off each wing tip and you’re moving so fast, there’s some cloud cover sometimes and you’re in the backseat you can’t necessarily see what is going on.”

In a different interview with IGN Jay Ellis, who plays Lieutenant Reuben “Payback” Fitch, said: “When I first found out we had to be in jets I was excited. I didn’t expect anything less because it’s Tom Cruise, he does all of his own stunts so I expected we’d have to too, but when it became real it was like ‘woah I don’t want to do it anymore.'”

Cruise first spoke about the necessity of having practical effects in Top Gun: Maverick with Empire in March 2020 where he explained that he would only make the sequel if he could film the flying sequences for real.

He said: “We just started talking. And I realized that there were things that we could accomplish cinematically. And I started getting excited about this big challenge of, ‘How do we do it?’ So I said to Jerry, ‘I’ll do it if…’ meaning, I’m not going to do the CGI stuff.”

The actor went on: “I said to the studio, ‘You don’t know how hard this movie’s going to be. No-one’s ever done this before.’ There’s never been an aerial sequence shot this way. I don’t know if there ever will be again, to be honest.”

Top Gun: Maverick is out in theaters now.