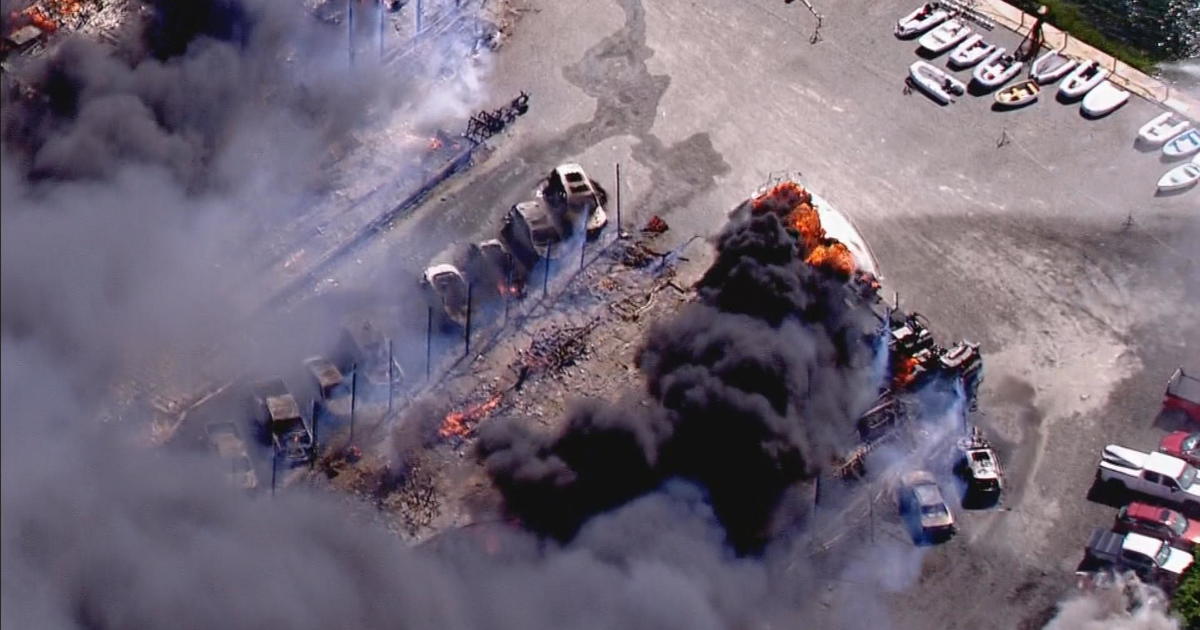 MATTAPOISETT — A massive fire in a Mattapoisett boat yard was creating plumes of smoke that could be seen from miles away on Friday. Dozens of boats and cars appear to be burned.

There were reports of people with severe burns, the Fairhaven Firefighters Association said. They posted on Facebook around 2:30 p.m. that its crews were assisting at the scene, leaving their own station unmanned.

The National Weather Service said smoke from this fire was detected on radar.

It’s unclear what started the blaze.